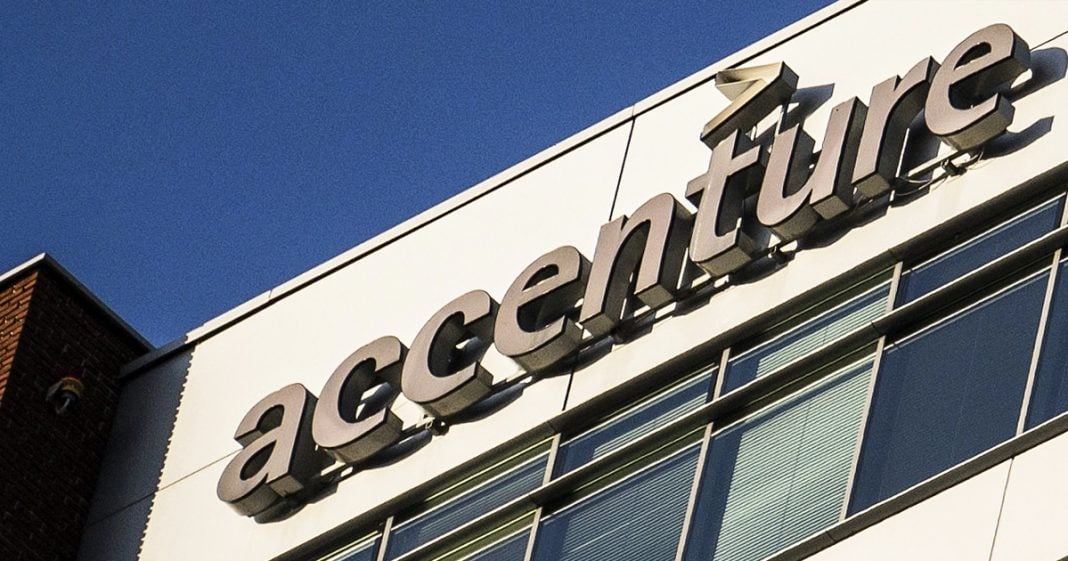 A federal contracting company has been paid a staggering $14 million to recruit just TWO new US border agents, according to a scathing new report from the Inspector General. Accenture Federal Services, the company hired by the government, actually has a nearly $300 million contract and they claim they are still working on recruiting more border agents, but the government already believes that they are being charged for services that have not been performed – and they are correct. Ring of Fire’s Farron Cousins discusses this latest round of contractor fraud.

Donald Trump ran for president telling us that he is an expert negotiator. He is the best at making deals. Just look how successful all of his businesses has been, uh, as long as you don’t look at all of the businesses that he’s run that have filed for bankruptcy and disappeared off the face of the earth. And as president, we have seen some prime examples of this expert negotiating skill that the president allegedly has. And we got another one of those stories this week. Uh, there was a group called Accenture Federal Services. They have been hired by the US Department of Homeland Security under a $297 million dollar federal contract. That’s our tax dollars, paying them a to recruit people to work as US Customs and border patrol agents. Two hundred $97, million dollars to grow up, go out and recruit people. And so far this group, Accenture has been paid nearly $14,000,000 and they’ve hired two people, $14,000,000. And they hired two new border patrol agents.

They admit that they still have, you know, roughly 7,000 more people to hire, but they just haven’t gotten to it yet. So go ahead and make your next payment on that contract because you’re $14 million, hasn’t gone too far. And the reason we know this has happened is because of the inspector general for the Department of Homeland Security recently released a scathing report going after Accenture because of the fact that they’re scamming the government. They have hired two people. They’ve been paid $14,000,000. They’ve had 10 months since the contract was approved and began and they’ve hired two people. Now, don’t get me wrong, I do not think we need to be spending more money to go out there and recruit people to become ice agents that are going to tear gas children hundred percent against it, but I am also 100 percent against the federal government getting swindled by yet another greedy government contractor.

Because honestly, that’s what they all are at this point. The amount of fraud that takes place at the hands of these people who get our tax dollars to the tune of several hundred million dollars per contract is unbelievable, and what’s even worse is that this is a practice that has been going on in the United States since long before the civil war even started. In fact, it was during the civil war that this really became an issue that people started learning about. Contractors back then were ripping off the federal government for things like shotty boots, old donkeys that were not up to par, even though their contract was to provide the government with donkeys and mules. That was back then. Now they don’t even provide them with shoddy work or crappy work. They just don’t do what they’re hired to do. We saw that with Halliburton, Kellogg Brown root. Their contracts in Iraq contracted to do everything from security to laundry, and they just simply weren’t doing it.

They were getting their checks. They were putting those in the bank and then they just didn’t do it. So here’s my message today for anyone who is working at this Accenture federal services, the group that’s been hired to do this, I just want you all to be aware of the fact that under a key Tam law here in the United States, if you witness fraud taking place in your organization against the federal government and you report it to the government and help them with their lawsuit, you get a cut of what is recovered. So if they get $3,300, million dollars back from this company, you could easily walk out the door with $30, million or $20 million. So a lot of money and all you’ve got to do is tell the government if this company you’re working for is ripping off American taxpayers, sounds like a win win to me. And I think every federal contractor needs to be aware of the fact that you can. This shouldn’t be your only motivation, but if it is, then so be it. You can get a lot of money by stopping these federal contractors from ripping off the federal government.