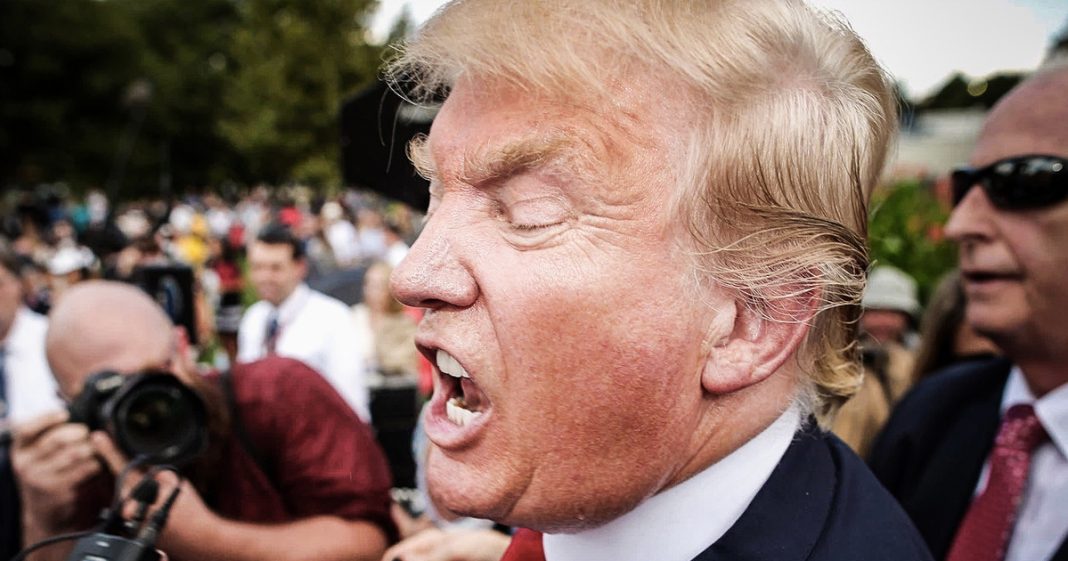 Republicans in Washington, D.C. have hit full-blown panic mode as more and more revelations continue to come out of the special prosecutor’s office, as well as the developments in the other legal cases against the President in various other states and districts. Their decision to run a con man for President is catching up to them, and they have no idea what to do at this point. Ring of Fire’s Farron Cousins discusses this.

Republicans in Washington DC are actually starting to freak out a little bit because they realized that there is nothing they can do to help Donald Trump, and they’ve already hung him around their neck, so if he goes down there pretty much all going down with him. Now, obviously last Friday when we had those court filings that listed Donald Trump as an unindicted co-conspirator, of course, assuming he is individual one which he 100 percent is individual one, Republicans had been freaking out ever since all of that because they understand that the walls are closing in on Donald Trump. He lost his chief of staff. That guy’s going to be out the door and just a few weeks, nobody else wants to take that position. Overall, the White House itself is grossly understaffed and the few people they have their do not have the talent and the wherewithal to actually do the jobs that they’ve been hired to do.

In fact, according to a recent report in the Washington Post, uh, Republicans had been advising the president to set up basically a war room. They want them to set up a war room to deal with the Mueller investigation and all the reports that keep coming out of that as well as all of the other investigations into Donald Trump. The emoluments clause lawsuit is moving forward rapidly and that’s going to be a huge headache for the president, as is the lawsuit and investigation in the state of New York with them misusing their charitable fund money. He doesn’t have a way to deal with this. He doesn’t have a war room as Republicans call it, to sit down, talk about this, strategize and come up with a plan. He doesn’t even have the staff to have a proper war room of people coming up with responses and helping the president craft intelligent, well thought out talking points.

Instead, according to this Washington Post piece, Republicans are saying the president is just trying to wing it. They have this quote bunker mentality and they’re all kind of huddled down. They’re terrified, scared. Not knowing what’s going to happen, but assured that they’re going to be able to handle whatever is thrown at them and they have already proven in the last week that they cannot. I mean Donald Trump gets on twitter and freaks the hell out anytime any new information comes out from the special prosecutor’s office. Anytime a new lawsuit is filed against him or anytime a senator says they disagree with him on something, this man cannot be trusted to properly handle the crises that he is created. On top of that, the trade wars are wreaking havoc on global markets. We have Americans losing their jobs. Job Creation for November was a hell of a lot lower than they thought it would be.

People are losing their jobs. Uh, bankruptcies among farmers are skyrocketing. Healthcare costs are skyrocketing with no, uh, nothing on the horizon to indicate are gonna go down. Prescription drug prices continue to rise. There’s no wall. So he led his base down with that, thank God, but nonetheless, this man has no accomplishments to show for it. The only thing he has is that massive Republican tax cut that benefited the top one percent. That’s not enough for Republicans right now because they understand within the next six months we’re going to have a very clear idea if not a finalized idea of who is running for president on the democratic side. We may also find out that there could be republican challengers to Donald Trump himself, but this is it folks, and I hate to say it because I hate this horse race BS, but we’re already in the 2020 election here.

People are going to start announcing that they’re running within the next few months here and then come August, September, October, we’re going to be having Democratic primary debates and then in one year, one year and like three, four weeks, we start primaries and caucuses. This is not that far away and Republicans know it and as the Donald Trump ship continues to sink, they know that they’re the ones still on it. This is on them. They had the opportunity to do something about it. They could have invoke the 20 Fifth Amendment Hell based on the evidence we have right now. They could be the ones to impeach him and emerge as the heroes, but they’re not going to do it. They’re going to go down with the ship and then they’re going to blame Donald Trump for being the one that ruins the Republican party completely ignoring the fact that they have let them do it while saying nothing about this destruction.