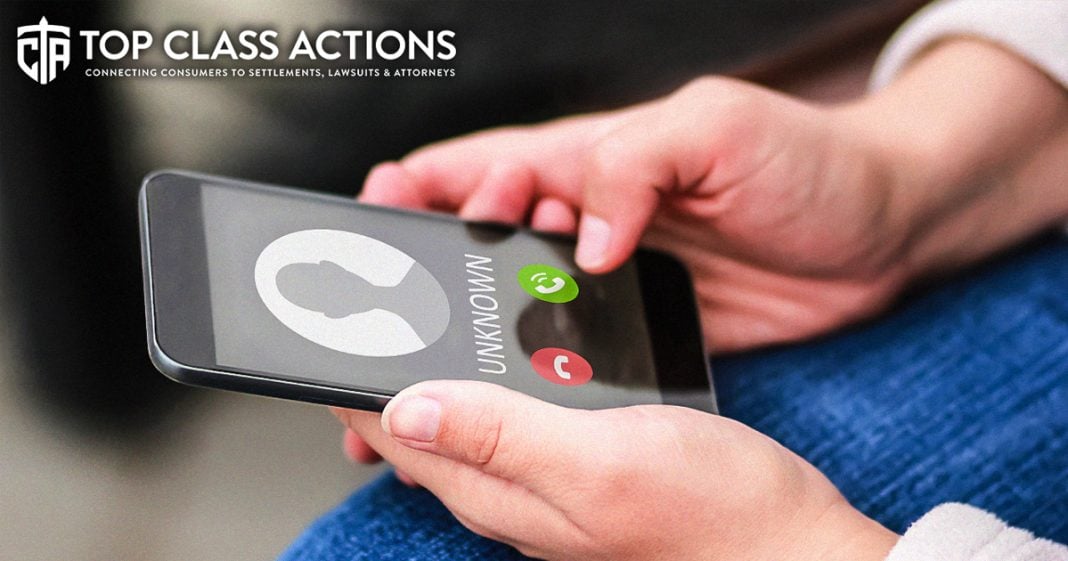 Most people view corporate robocalls and text messaging as a minor annoyance, but some consumers have been outright harassed by corporations, receiving thousands of calls and texts in a short period of time. This harassment is finally being taken to court, as consumers are getting fed up with the nonstop corporate interference in their lives. Ring of Fire’s Farron Cousins discusses this with Scott Hardy from Top Class Actions.

Farron Cousins: Let’s be perfectly honest, nobody likes dealing with telemarketers, but what’s even worse than dealing with somebody calling you, asking for information or trying to get your moment for a survey is when it’s a robocall or an unsolicited text message. You can’t tell the person, do not call me anymore. It’s just an automated system. Now, for some people it’s a mild annoyance, but for other people here in this country, they have been dealing with thousands of calls over the span of just a few years and it has become an absolute nightmare for them.

Joining me now to talk a little bit more about what’s happening with these robocalls and these unwanted text messages is Scott Hardy from Top Class Actions. Now, Scott, this is an issue you and I have discussed a couple times in the past and we’re seeing it happen more and more now. We’ve got other companies that are coming under fire for this practice specifically. We’ve got Hertz with the robocalls and we’ve got Facebook with the unwanted text messages. Tell us what’s happening here.

Scott Hardy: Yeah, it’s interesting. Even though we have the do not call registry, these spammers for the most part, don’t pay attention to it and they know that they can go ahead and violate the do not call registry while it might be up to a $500, $1,500 per call, you know, damages that could be awarded for the most part, doesn’t happen. They go ahead and they’ll get a class action filed against them, they’ll pay the piper and they’ll pay that settlement where people could get hundreds of dollars back in a class action settlement. So these settlements typically are very good for individual consumers.

But it’s still happening. I mean, it’s so bad that in India they actually made Apple, and it’s really hard to force Apple to do anything, Apple was going to be forced to not be allowed to sell their phones in India, unless they approved an app which helped block these scammers from calling people. That was developed by the country of India and Apple just approved this app.

So now they will not be shut out of selling phones in India starting in January. But we have the FTC here in the United States, which is also pushing the cell phone carriers to figure out creative solutions to stop spammers and hopefully we’re going to see some more progression on the legislative front in 2019, but so far this year as anybody will tell you, we’re getting more calls than ever, more text messages, more spam phone calls, more robocalls on our cell phones than ever because it’s so easy to do it. And Hertz and Facebook both got dinged with this with Hertz where you’ve got someone that their family member had rented a car and they were getting bombarded with phone calls on their phone and Facebook.

Farron Cousins: And in some of the cases as Top Class Action reported with Facebook, it made them appear as if they were action items. You know, not just something you could ignore, but that, oh, I have to click on this, I have to see what Facebook is wanting me to do because I need to make sure everything is okay with my account. They get in there. It was nothing important.

It was, you know, a new app, a new add, a new whatever it was, but you know, almost masking them in order to get people to click on them a little more. And here’s what’s also interesting too, we talk about the national do not call registry, a lot of people don’t even know that that exists. A lot of companies pretend it doesn’t exist. But when we, sometimes we get the spam text messages, right?

You know, we may not be part of the do not call registry, but we get the text message that says press no to stop or to get out of this, but you do that once. Okay, you’re out of that one, but whoever it is, that sold your phone number, they’ve sold it to 100 different corporations, 100 different groups, and even if you opt out of their system, they can still sell your phone number to somebody else who can sell it again and again and again.

Scott Hardy: Yes, it really does. There’s a larger problem, as you mentioned, is that you go ahead and take the time to unsubscribe, to opt out of the text message, to listen to that phone call and say, no, I’m pressing 9 to do not be bothered further by these marketers. But the unscrupulous marketers out there and go, hey, this guy just pressed 9 so he’s not going to be called anymore.

This is a valid phone number. Everybody else out there. So let’s make sure that we sell this phone number far and wide because this person will actually answer the phone and opt out. You’ve got a live body here, you’re going to get called a lot more. There have to be better ways to fix this and block this. But when you have big brands like Facebook and Hertz that are doing these things, allegedly illegally, we want to make sure that we keep them in check because they’re big enough to know better.

Farron Cousins: Absolutely. And I want everybody watching this to understand, you can follow the links in the description of this video, one for Hertz, there’s one for Facebook, but all over Top Class Actions, you can find more information about other class actions involving companies with robocalls and these automated text messages. Please take a moment to go through, see if any of these apply to you because there could be money sitting out there that you are entitled to and it’s very simple for you to fill out a form and see if you qualify for this.

Do not let these corporations get away with it. It is against the law. What they’re doing is illegal in most cases and you are entitled to this compensation and that’s why groups like Top Class Actions exist, to explain to you in the the easiest way possible what to do to hold these corporations accountable and to get the compensation that you are entitled to. So Scott Hardy, again, I always say this, but I mean it every time, I appreciate everything that you and your group do and thank you very much for taking the time to tell us these stories today.

Scott Hardy: Thanks for speaking with me Farron, I really appreciate your time too.