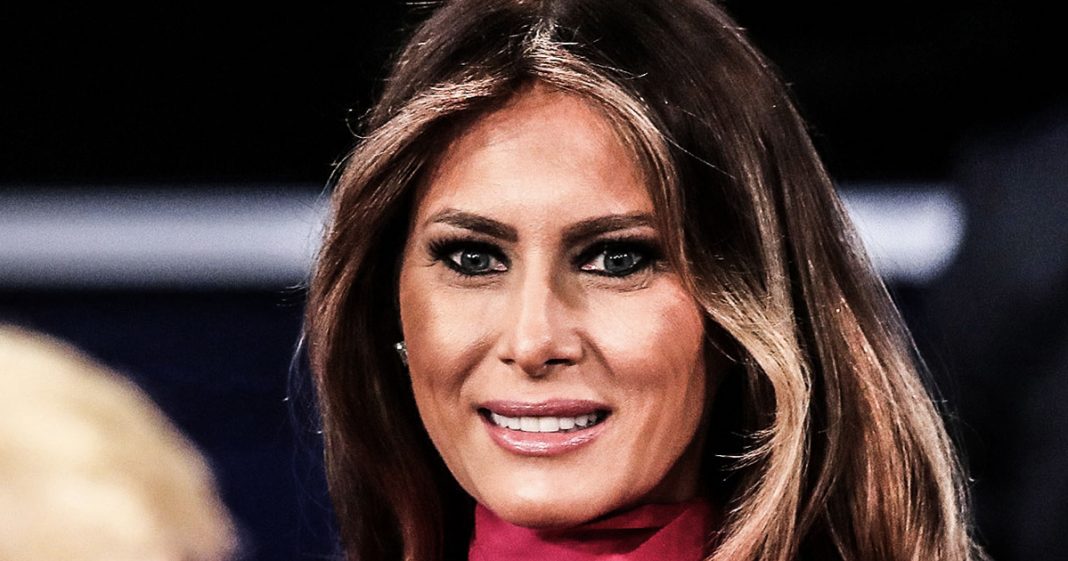 In what might have been one of the most tone deaf interviews ever, Melania Trump said that she is tired of members of the press and other media outlets of using the Trump name to further their own careers. As countless people on Twitter pointed out, that is EXACTLY what Melania has been doing with her life for more than a decade! Ring of Fire’s Farron Cousins discusses the hypocrisy of Melania’s statement.

Earlier this week, Melania Trump gave an interview to Fox News, Sean Hannity, where she talked about the fact that she’s angry at the media, much like her husband, because there are a bunch of opportunists. In fact, she’s mad that they are using the name Trump, whether it’s Donald, Melania, Ivanka, Don Jr, or little Eric. They’re using the Trump name to further their own career to further their own cause. They’re piggybacking off that name, Trump, just to get a little more exposure because they believe they can get something out of using that name. Now, this may have been one of the most tone deaf interviews Sean Hannity has ever conducted because if there’s anybody who’s using the Trump name to further themselves, it’s Melania. I mean, look right now we have ample evidence. Your husband’s even admitted that he’s just cheats on you constantly, constantly, and you’re just totally cool with that.

Why? Because you want that last name because you want that money and I hate to have to even say that about you, but you’re a horrible human being. So really, I don’t feel any remorse for having to say it because let’s not forget that Melania Trump, along with her husband many years ago, was avidly pushing the birther conspiracy against Barack Obama. Melania Trump may seem nice when she sits and does these interviews, but she is not. She is absolutely a rancid, horrible human being. And if her husband wasn’t sitting on probably a couple billion dollars, she wouldn’t have put up with all the bullshit that he’s pulled and bullshit that he is actually admitted to. Now we know he had these affairs and if he had these, the likelihood of him having even more is incredibly high. She knows about it. She just doesn’t care. It’s the same woman that recoils whenever he touches her.

We’ve all seen video of that. She doesn’t like him at all, but she stays there because having that Trump name at the end of her first name is hugely beneficial to her and whatever the hell her current career may be. She is the opportunist. She is the one who is cashing in on the Trump name. And if you’re mad about the media talking about the president of the United States, then you’re also a complete moron because that is what the media is supposed to do. Do you think Obama got a free pass from anybody in George W dot Bush did or Bill Clinton? No. That’s what the press does because it’s their job. And as for the comedians talking about your husband, oh dear comedians making jokes about the power structures in Washington DC. This must be the first time that’s ever happened ever. Right? Hell, even Gallagher used to make jokes about the president’s back in the eighties and seventies cub on. You got comb with a little bit more evidence than that. But I think what really happened during your interview with Sean Hannity is that you let a little truth slip out. You are disgusted by the people who are trying to use the Trump name to further their careers, but the person you’re most disgusted with is yourself.