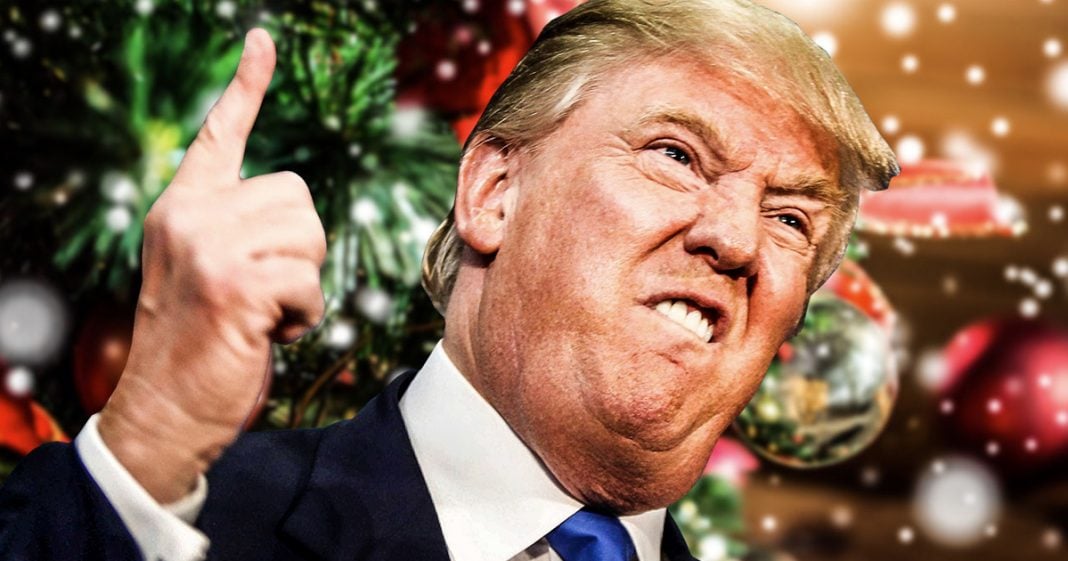 The White House has a longstanding tradition of holding a Christmas party for members of the press, but Donald Trump’s anti-media stance has led him to cancel this year’s party. Ironically, the War on Christmas is apparently coming from Republicans. Ring of Fire’s Farron Cousins points out the hypocrisy and pettiness that led to Trump’s decision.

Fox News are the folks who reported that there is going to be a separate little smaller Christmas party. Some of us are going to it, so that’s actually what’s happening right now. Donald trump didn’t do this because they didn’t have the resources or because he hates all the media. He did it because he is a petty and spiteful human being that did not want to give that kind of honor or pleasure to members of the press who go out there and accurately report on his administration every single day. Never in my lifetime have I seen a president this hostile towards the media. I mean George W dot Bush got ripped by these people all the time, but he is still had enough courage to go to the White House correspondence dinner to sit there and be mocked and ridiculed and roasted and he laughed about it. Same thing with Obama. He even did interviews on Fox News who hated him, but Donald Trump can’t even muster the courage to throw these people a holiday party. Now tell me, does that sound like the people who are trying to preserve Christmas or do they just want to make it about themselves and all their little buddies over at Fox News? So maybe this year there actually is a war on Christmas. It’s just that in an m night Shyamalan kind of twist. It’s coming from the Republicans themselves.