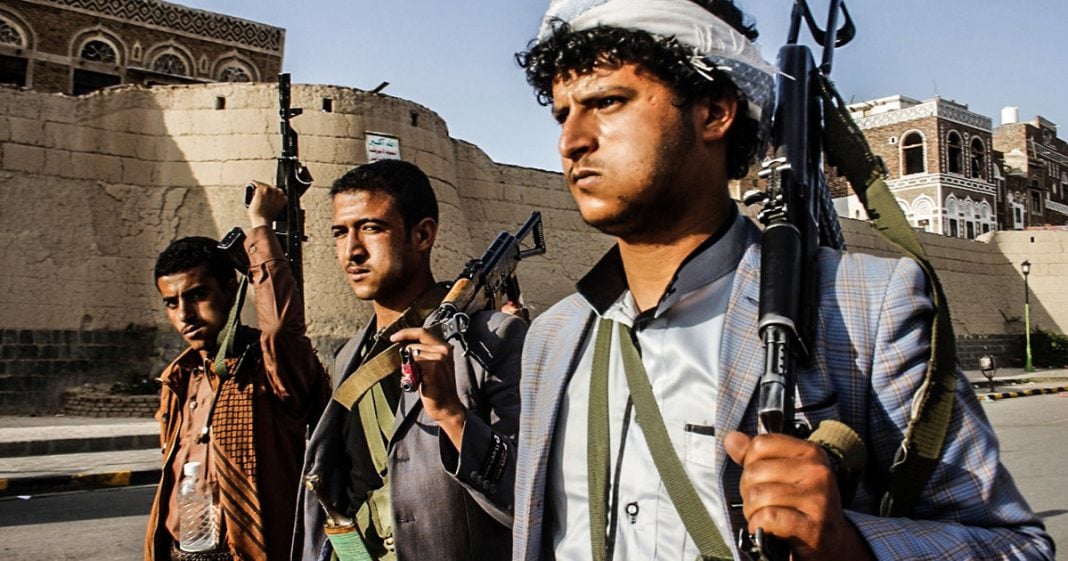 Republicans and a handful of Democrats in the House yesterday stripped an amendment by Democratic Representative Ro Khanna that would have ended the US’s support of Saudi Arabia’s brutal attacks on Yemen. These members now all have blood on their hands, and every story about the atrocities being committed in Yemen should be hung around them. Ring of Fire’s Farron Cousins discusses this.

So as it turns out, politicians in Washington DC, most of them are totally cool with the idea of supporting Saudi Arabia as they continued to slaughter people in Yemen yesterday, the US House of Representatives, the Republican controlled us house of Representatives, actually had the opportunity to go ahead and bring it to a vote, a bill that would have stopped the US as support for the Saudi regimes, massacres in Yemen. It was an amendment to a farm bill put forward by Democratic Representative Ro Khanna. Ro Khanna, who is quickly emerging as a hero among the Democrats in the House of Representatives. But before that bill could come out of committee,

they added a provision that actually prohibited a vote on that Ro Khanna amendment. So they tacked on an amendment that prevented them from even being able to vote on ending support in Yemen. Now, here’s what happened. When this amendment was added, actually it was the Republicans who got super pissed about this. They weren’t happy with it. They didn’t want that. So they flipped and we actually had the votes at that point to not pass that amendment. And then we could have taken the vote on whether or not to support the murderous Saudi Arabia regime, and then five Democrats flipped and gave the Republicans the remaining ones, enough votes to kill it. Those five Democratic representatives or Jim Costa, Al Lawson, Collin Peterson, Dutch Ruppersberger, and David Scott. If anybody happens to be living in a district represented by one of those Democrats, I would go ahead and get your paperwork ready so that you can primary them in 20, 20. These five Democrats in the House of Representatives are the sole reason why we were not able to put an end to the bloodshed. These five Democrats and of course all the Republicans who voted with them, they all have blood on their hands. Now they own this. This is theirs.

They’re totally okay with the fact that Saudi Arabia is using weapons that they’re buying from us. Weapons Manufacturers, specifically targeting school buses filled with children. They’re okay with that. They’re okay with the bombs that were sending, hitting civilian areas. They’re okay with that. Those are our bombs. Saudi Arabia is launching them, but those are ours. We built. Those were exporting death right now and these five Democrats, again, Jim Costa, our loss and Collin Peterson, Dutch Ruppersberger and David Scott. They’re all perfectly fine with the thought of the US being a leading export or in death. Why? Because they want to buddy up the Saudi Arabia even after it was crystal clear that they their leader, Mohammed bin Salman ordered the murder of Jamal Khashoggi. They know that they just don’t care because Saudi Arabia pumps a lot of money into the US weapons industry, and those same weapons makers pump a lot of money and to Congress. So again, if you live in a district represented by one of these five scumbags, go ahead and get your paperwork ready and prepare for a primary fight where hopefully you can oust these no nothing, democrats and maybe in the process make the world a little bit better by finally standing up to Saudi Arabia.