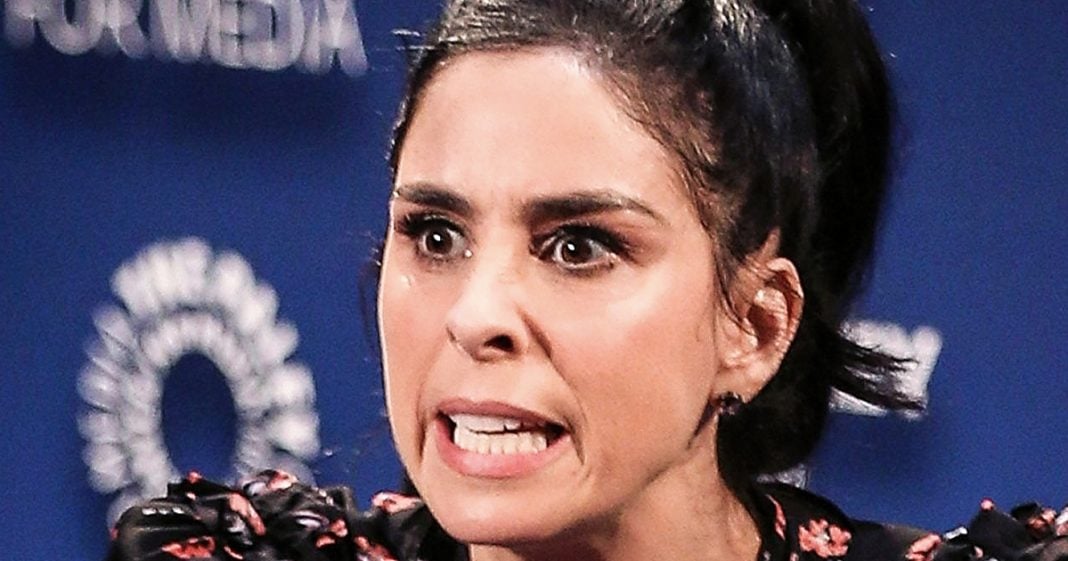 Writing for The Federalist, Chad Felix Greene whined that everything he was told would happen to the LGBTQ community in this country is actually happening to conservatives, and there is a greater stigma on being conservative than there is on being gay. Sarah Silverman was one of many who came out strong against this writer, and she provided one of the best retorts possible. Ring of Fire’s Farron Cousins discusses this.

If there’s one thing conservatives love to do, it’s to play the victim and they do a really good job of pretending that they are the ones that are the actual victims here in the United States, and that was on full display this week in a article written on the federalist by a man named Chad Felix Green. Now, according to Mr. Green, conservatives in the United States are actually more stigmatized, more oppressed than gay people. It is more accepted in the United States to be a member of the LGBTQ community and they have more rights and more freedoms than conservatives do in this country. According to Mr Green, I’m going to read you a couple quick little excerpts from this guy’s article here. And, uh, we’ll go from there. Today I look out across the turbulent sea of political discourse and ask why would anyone choose to be a conservative? To be a conservative means to openly invite others hatred into your life and to lose your humanity in the eyes of strangers who view you exclusively through stereotypes and prejudices. To be a conservative means to be forced to choose when to speak, and when to remain silent. Since offending someone on the left, even mildly or by accident is a social battle you may not be able to win. To be conservative means to be marginalized, suppressed and dehumanized bullied into hesitating, to speak out.

What the hell is he talking about? I mean, look, there’s a thousand different ways that you can deconstruct this article and point out all of the fallacies and talk about why he’s wrong about so many issues. Uh, but I think the person who did it best and she managed to do it in one single tweet was Sarah Silverman. Here is what she tweeted in response to this guy’s article. Did conservatives have to fight for the right to marry? Have Children? Do they get beaten up and murdered for their identity? Does the vp want them to pray the conservatism away? Do Conservative children killed themselves and an alarming rate because of how they’re treated at home in school? That to me is the best possible response to this particular nonsensical article to say that conservatives are more oppressed than any member of the LG LGBTQ community is absolutely insane and and this person is Chad Felix screen admits that he came out when he was in high school and so he’s gone through that kind of oppression and yet somehow today he’s.

He thinks conservatives are going through so much worse than that and part of the thing he goes on to talk about in this article here is because a lot of the oppression comes from the fact that everybody wants to lump people like Milo Yiannopoulos in with all conservatives. All conservatives are Yiannopoulos. I don’t think people are doing that, but I do think Yiannopoulos pretty much sums up conservatism for you. Not to mention the fact that if you embrace hatred, you damn well better be prepared to get a healthy dose of hatred back at you in return. Because here’s what it means to be a conservative in the United States today. It means that your in favor of letting corporations poison average American citizens, people going about their daily lives doing nothing wrong, consuming corporate toxins that’ll give them cancer that’ll mess up their children’s brains, destroy their reproductive abilities.

That’s what conservatism means, and it means that through killing regulations, it also means killing the planet because you would rather deny the existence of climate change to benefit your wealthy donors. It also means you’re totally cool with locking immigrant children up in cages and then sending them off to immigration court without a lawyer. That’s what conservatives stand for today. They stand for endless wars. They stand for a bloated military budget. They stand for repealing a healthcare law that’s helped more than 20 million people in this country get healthcare coverage that otherwise would have been denied. So I’m sorry if you feel a little depressed or sad that people aren’t quite nice too. You look at the policies that your party is pushing and you show me one seriously, show me a single conservative Republican policy that benefits people, not corporations. You can’t find one. So yeah, people are probably a little touchy about that subject.

When you continuously put the rights of corporations over the rights of human beings, you’re going to get a little bit of backlash for that when you’re okay with your party standing up and oppressing certain groups of people as part of their platform saying that women shouldn’t have as many rights saying that if you’re a certain religion, you shouldn’t have as many rights and how maybe we’ll just ban you from coming into the country. Your party owns that. You are the party of oppression and hate, so don’t whine on the pages of The Federalist. When a little bit of that anger gets redirected back at you.