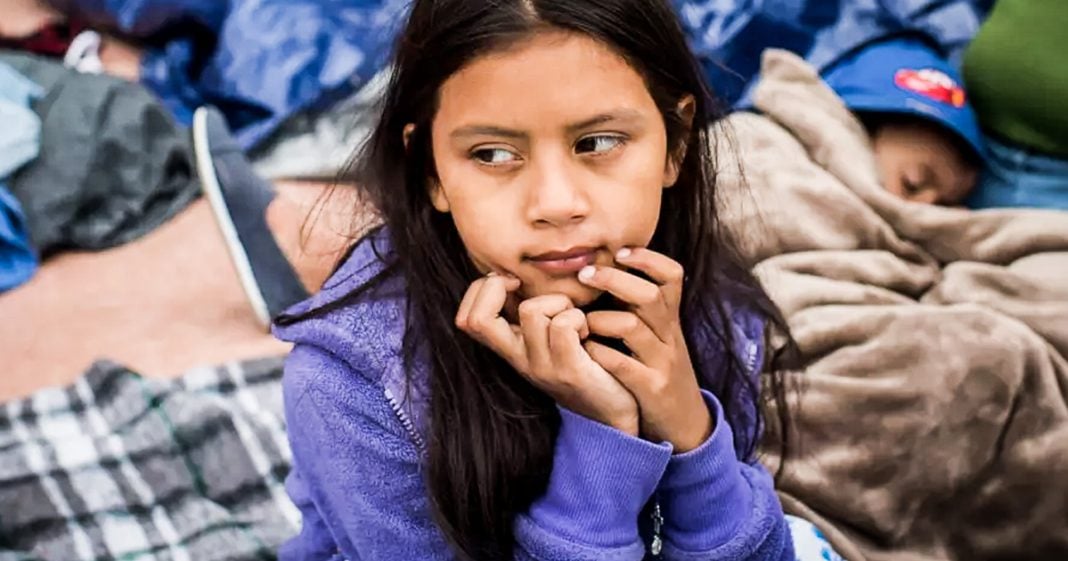 Lawyers for the U.S. Justice Department argued in front of the 9thCircuit this week that migrant children seeking asylum should not require legal representation to make their cases in immigration court. Not only is this a violation of the U.S. Constitution – which DOES protect those seeking asylum in the U.S. – but it this move is incredibly inhumane and dishonest. Ring of Fire’s Farron Cousins discusses this.

According to lawyers for the US Justice Department, children in the United States who have come here as immigrants seeking asylum, absolutely do not need lawyers when arguing their case in front of an immigration judge. That is actually what a lawyer again from the US Department of Justice argued in front of the ninth circuit earlier this week. He tried to convince a panel of judges that children don’t need lawyers to argue about laws they don’t know in a language that they may not speak, so why would we waste our time giving them legal representation? Let’s just get them processed as quick as possible, right? Turn and burn. Get them Outta here, deport them back home because that is exactly what usually happens when children are forced to go in front of an immigration court without representation. Fifteen percent of the people of the children who go before an immigration judge, without a lawyer, only 15 percent are successful versus 73 percent who are successful if they have legal representation.

We also know for a fact that we have had children, some as young as two or three years old in recent months having to represent themselves in immigration court here in the United States because people like this guy who argued in front of the ninth circuit don’t think they should have access to lawyers. Well, I’m no lawyer myself, but I do know enough about the law to know that when you’re in the United States, legal or not citizen or not your protected by the United States constitution, and as such, we are required to provide you with legal representation should you not be able to afford your own attorney. This is a clear violation of the United States constitution and the Justice Department is trying to make this argument because they want to deport as many people as possible. They understand the statistics. They know that 85 percent of the children, children who go in front of a judge without a lawyer are gonna be deported.

80 five percent versus only 27 percent kicked out. If they do have a lawyer, and that’s not gonna look too good on their spreadsheets, is it? It’s not going to make the president look any better when we’re actually giving people asylum, which is 100 percent what we should be doing. No, he has to deport as many people as possible to please his angry and hateful base, and that’s why these lawyers are out there making these Asinine, unconstitutional arguments in front of a circuit of judges. This is absolutely disgusting and unfortunately it is exactly what we have become as a country under Donald Trump’s leadership.