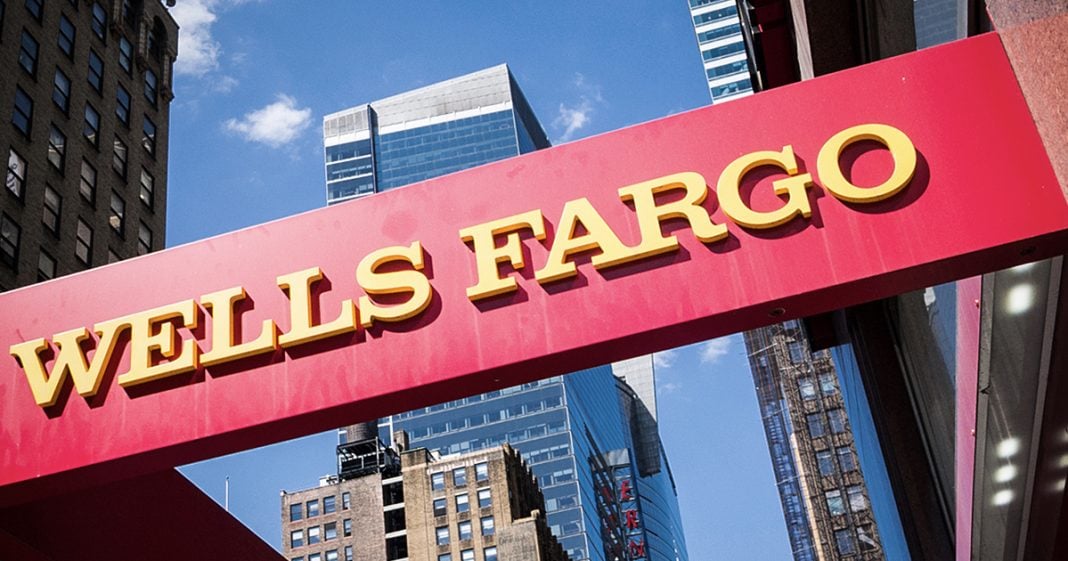 The Trump administration had produced a report showing that banking giant Wells Fargo was charging students higher interest rates than other borrowers, a practice that is not exactly allowed under current rules. But rather than releasing the report, Trump’s Consumer Financial Protection Bureau decided to simply bury the report until Politico got their hands on it via a Freedom of Information Act Request. Ring of Fire’s Farron Cousins explains Wells Fargo’s scams.

The folks that Politico have gotten their hands on a report from the Trump administration showing that banking giant Wells Fargo has been ripping off college students across the United States for quite some time now. Now, the reason I say political got their hands on it is because the Trump administration didn’t want to release it. In fact, they had actually completed this report a very long time ago and they buried it. Politico had to file a Freedom of Information Act request in order to get their hands on this report, showing just how corrupt Wells Fargo truly is and here’s what we found out. First and foremost, this report was put together by the Consumer Financial Protection Bureau and yes, it says right there and their name, they’re the bureau in the federal government that’s supposed to be protecting consumers from financial scams and crimes, which is exactly what was outlined in this particular report that they decided not to release to the public and it’s a big one.

Here’s what happened. Wells Fargo, as other banks do, they make deals with colleges so that colleges will promote this bank to their students saying, hey, come get a student Visa card, a student Mastercard, debit card, whatever it is with this particular bank, they’re one of our partners, you know, maybe you get a discount in the bookstore, the coffee shop here on campus, uh, whatever it is, use this bank instead of other banks. Wells Fargo is one of the banks that was paying colleges to go out there and tell their students to use their services instead of their competitors. And Wells Fargo was also charging in some instances more than four times the amount to students in annual fees than all of the other cards. In fact, Wells Fargo making up only 25 percent of the entire student debit card a racket. They still pulled in the majority, more than half of the annual fees that students in the United States we’re paying.

This is not completely legal now, unfortunately under current rules, it’s also not completely illegal. However, there are rules in place that structure the amount of annual fees that these cards are able to charge to students. Now, according to the Consumer Financial Protection Bureau, they didn’t release it to the public because they felt they didn’t need to. What they did was they sent it to the Department of Education and just let them handle it so now you can go out there and punish Wells Fargo if you want. You can revoke their, you know, ability to go to college campuses and sell their scam services to students. And the Department of Education didn’t do anything with it. So we really have no way of knowing if this spokesperson from the CFPB actually did give the report to the Department of Education, which as we all know is overseen by Betsy DeVos. So there is a zero percent chance that any consequences will be felt by Wells Fargo.

And this is how it goes folks, and I hate to kind of bring it back to this, but the reason we’re even in this situation today where banks think it’s cool to get away with things like this or it’s cool to scam students who are already having to borrow to pay for the rising cost of admission. It’s because none of them ever get punished. We had the prime opportunity in January of 2009. We had all the evidence. We had all the documents, the civil law suits were already flying and uncovering everything that these banks had done that was illegal. And yet January 2009 justice department headed up by Eric Holder did nothing, did nothing, did not hold them accountable, did not send anyone to jail. Nothing happened. And the reason I say that, that could have changed the way things are today. Think back to the savings and loan scandals in the eighties.

What happened there? Well, hell Reagan through more than 600 bankers in jail, 600 bankers in jail. Have we had a savings and loan crisis since then? Nope. Not saying that 100 percent solved the problem, but it sent a very clear message to bankers that if you do something illegal, we’re going to put you in prison. That message hasn’t been sent since the 19 eighties and neither party apparently right now is willing to send that message today and until that message is sent, we’re going to see more criminal activities from these banks. We’re going to see them rip off consumers left and right because we now have a Consumer Financial Protection Bureau that is completely toothless and unwilling to even do their job. So yeah, expect more crimes, expect more fraud, and expect more scams until we get somebody in the US Department of Justice that isn’t afraid to put a white collar criminal in prison.