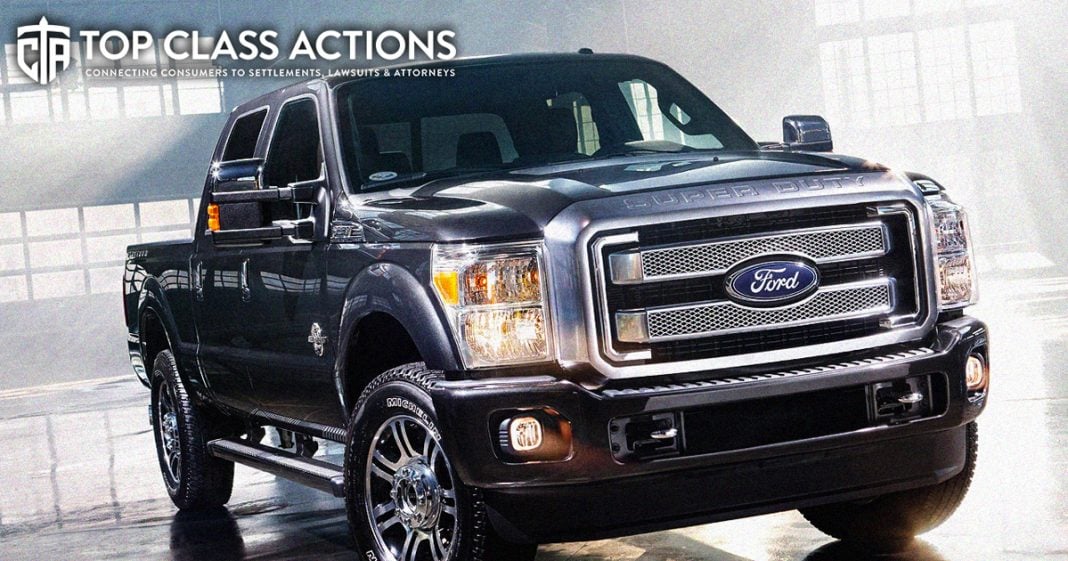 According to new lawsuits, defective engines in certain Ford and GM vehicles are causing explosions, and the flaws have turned these vehicles into “time bombs.” Automakers routinely cut corners in order to reduce costs, often with deadly consequences. Could this be an honest mistake by these automakers, or were they trying to save a few dollars? Ring of Fire’s Farron Cousins discusses this with Scott Hardy from Top Class Actions.

Farron Cousins: A series of new class actions are alleging that GM vehicles and vehicles produced by Ford Motor Company are defective because of a fuel injection pump that both brands of vehicles are using in some of their diesel vehicles that they knew was incompatible with United States diesel fuel standards. Joining me for more on this, to give us a little bit of clarification here is Scott Hardy from top class actions.

So Scott, right now what we’re looking at is we’ve got certain GM diesel vehicles, certain Ford diesel vehicles, they all use this, it is a CP4 fuel injection pump that was made by Bosch. They used it in Europe. It was doing great in Europe, and so Ford and GM said, let’s bring that to our United States vehicles, and then all hell broke loose, didn’t it?

So we’re seeing not only the fuel pump failing, but we’re also seeing catastrophic failures within the engines themselves and so you have people that are having problems in their trucks that could cost upwards of 50, 60, $75,000, if you go ahead and load up a fully diesel truck. Then these trucks are failing and it could cost $5,000, $10,000, even $20,000 to get that vehicle back on the road and working.

And so you also have owners that are complaining about this fact that can’t even sell their trucks even though they’re still working because people know as the class action states that GM and Ford put what could be caused and alleged ticking time bomb within these trucks themselves rather than actually fix the problem.

Farron Cousins: Right, a lot of these people who are trying to sell their vehicles, even if they still work, they don’t know if there’s been the corrosion that you talked about, the metal shavings from the parts rubbing together. That could be just lurking in the engine. It could be building up in any nook or cranny inside of the internal components there, so without a way to really just take the entire engine apart and clean out what’s in there or even at least see if it’s there, these people have no clue whether or not their vehicle is going to just completely shut down or you know, turn off or go out of control while going down the interstate or even going down the street with children playing on side of the road.

They don’t know, but the thing here is that Ford knew. GM knew. They knew exactly what would happen with the CP4 fuel injector pumps but still said, you know what, let’s give it a shot here in the United States. I mean, that’s pretty much what’s happened here, isn’t it?

Scott Hardy: Exactly. I mean, Ford is selling more than a thousand trucks a day. More than a thousand trucks a day, just, you know, pushing these cars out there and you’ve got these, these models going back to 2011. So this has been ongoing for years and years and Ford and GM have still not addressed it, still not swapped out the pump. You know, if we look at the cars that are included, the trucks that are included and the Ford, it actually goes up to 2018. And so we’re thinking that we know from 2011, 2018, they’re still using the same problematic fuel pump in the US for these diesel trucks. People are still buying them right now.

That is a huge problem and it’s an expensive problem because you can’t, as you said, you can’t just go ahead and take apart your engine and see if you’re experiencing it. You can’t just peek into your fuel injector pump to see if there’s a problem. You’re not going to know until your engine quits, until you have problems, and then all of a sudden you’re stuck with a huge mechanical bill and diesel engines are supposed to be super reliable.

You’re supposed to be able to truck through those diesel engines for hundreds of thousands of miles. But according to these class actions, these diesel engines won’t last that long and will be very expensive to fix. When as you, exactly as you said, GM and Ford were both aware that there would be problems using that fuel pump in America.

Farron Cousins: And as usual, you know, these automobile companies, they typically will put profits over safety, profits over reliability, but every time, and I mean that every single time it comes back to bite them because lawyers in this country will stand up for the victims every time and they’re always going to make sure that these companies pay up and take care of the people whose products have been destroyed, whose lives have been destroyed.

And that is what is so important about the trial lawyers here in the United States. And it’s what’s so important about what you guys do over at top class actions. Now, if anybody is questioning this, if you have any, you know, concerns that maybe one of your vehicles is on this list, I encourage you to follow the links in the description to this video to top class actions. They have complete lists of the vehicles. Keep checking back, those could be updated as this investigation continues. But Scott Hardy, thank you for all that you do and we appreciate you staying on top of this story.

Scott Hardy: Thanks Farron, I appreciate it.