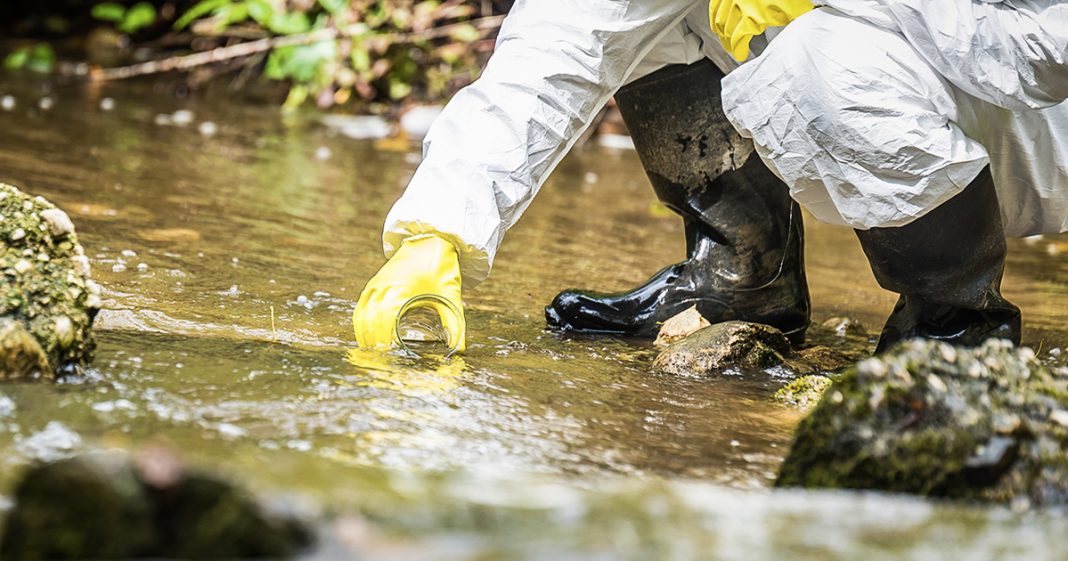 Trump’s EPA is currently working on a rule that would allow corporations to increase the amount of toxins that they dump into our waters, increasing the risks of various diseases, including cancers, for populations that depend on those waters. This administration’s actions have reached the level of comic book villainy that once seemed impossible in real life. Ring of Fire’s Farron Cousins explains what this new rule would do, and why the administration is wanting to do it.

Good News, everyone, the Trump administration has decided that we’re not exposed to enough toxic pollutants in the United States the way it is today, so they’re going to rewrite some of the EPA rules to make sure that you get your daily dose of corporate toxins. Here’s what’s happening right now. The EPA is working on a new proposal that would absolutely kill and Obama era regulations that expanded the definition of waters of the US by expanding that definition of waters of the US that made smaller bodies of water subject to the clean water act, which meant that corporations couldn’t dump their pollutants into those bodies of water. We’re talking about smaller rivers and streams and ponds and things like that that could and do feed into aquifers and water tables that American citizens use every single day. The goal of it in the Obama era was, hey, maybe we should do this.

Expand the rule. Expand the definition so that people aren’t ingesting as many toxins you. You’d have to be a comic book villain to not think that that’s a good idea, and yet here we are dealing with an administration that says, no. If you ask me, people aren’t getting enough toxins everyday, it toughens them up, make some better, stronger kids, right, and that’s what they’re doing. They will. They want to allow corporations to be able to pour more toxic waste into our waterways. This is insanity and I feel bad because I have to constantly say that with this administration, but it feels like every single day they’re coming out with some new crazy way to poison the citizens to benefit corporations all because they have some kind of grudge against Obama who’s going to be held to a much higher level of history than they ever could hope for, and that’s what’s at the heart of all of this, not just helping out corporations, which we know they’ll bend over backwards to do.

It’s about repealing Obama’s legacy. They know they’ll never live up to him. They can never be as good as him. They’ll never be as liked as him, so they’re trying to tear down every accomplishment that he had. And this clean water rule, this expansion of the definition of waterways of the U. s is just another one. And here’s the thing. You know, reading this article in the hill, they actually had a line that said this, the Obama rule written in 2015 and known as the clean water rule was highly controversial. That’s a load of crap that is a load of crap. Highly controversial. I mean the hill has proven itself to be sometimes a decent or a publication where you get some information, but for the most part it’s for Republican shills. It wasn’t a highly controversial role. What happened was that idiot Republicans jumped on it and said, oh, they want to regulate the puddles on the street.

That’s what it means. Go back and watch Fox News because they literally say that. They literally say that because they were either too stupid to understand what it meant or they think their audience is too stupid to look up what it actually means. Honestly, both are true. Both are true. There’s no need to be nice about it. You guys are idiots. There was nothing controversial about this rule. All it did was say, you know what? Maybe we shouldn’t give people as much poison every single day, but now the Trump administration has come in and said, ah, you know what? A little poison never killed anyone. Right? Yeah. Good luck with that.