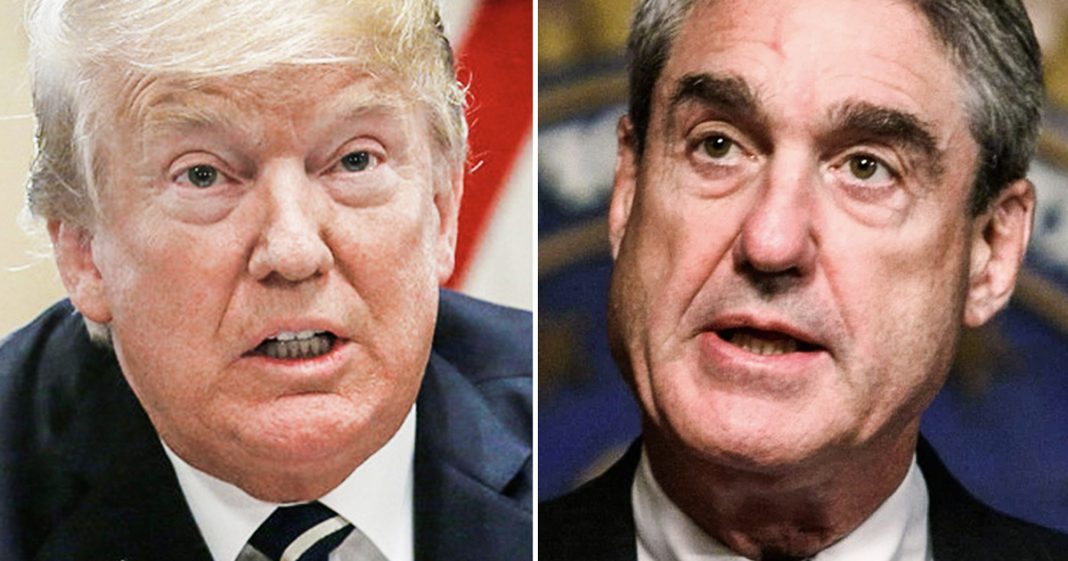 Donald Trump began his Friday morning with a series of unhinged attacks on Special Prosecutor Robert Mueller. These attacks are becoming repetitive and predictable, and the show that the President is freaking out as the walls continue to close in. But the real question is whether or not these attacks are effective enough to sway the publics’ view, and Ring of Fire’s Farron Cousins discusses that possibility.

I’m going to start by asking a really weird question here. You ever tried to obey the cat? If you haven’t? I. I don’t recommend it at all, but let me tell you what happens when you try to give a cat a bath. First and foremost, most cats, most average house cats do not like the thought of water. They do not like being approached by a big giant human being trying to snatch them either. So when you have a cat and you’re in the bathroom with the cat and you got the tub ready to go, they will try to run. They will try to flee, but eventually being in such a confined area, they find out they have nowhere to go, so they backed themselves into a corner, hissing, scratching, clawing, freaking out because they see the inevitable that is about to happen. Eventually you get them in the tub regardless.

They can hiss and scratch and bite all they want, but it still happened. That scenario is what we’re seeing play itself out with Donald Trump’s tweets this week. On Friday morning, the president opened his day by tweeting out these asinine, absurd, unhinged attacks on this special prosecutor. None of these attacks, by the way, backed up by any evidence whatsoever. He tweeted out is used well, witch hunt in all caps, followed by an exclamation point or to talk about all the conflicts of interests from Robert Mueller, talked about the fact that they’re not investigating Hillary Clinton. All of these attacks that made Donald Trump like a backed up cat in a corner, panicked, freaked out, scared, and most importantly week, anyone who looks at Donald trump and thinks, that’s a strong man, that is a, that is a man I like, and as a manly man, go read his tweets. Seriously.

These are the tweets of a panicked, scared, weak child who sees the walls closing him or around him. He knows what’s happening. He knows bad things are coming. He knows that there is nothing he can do to stop it, even if he were to fire Robert Mueller. Mueller is covered his bases very well. Mueller, who by the way, is a Republican. He is not conflicted. Why is he not investigating Hillary? Because he wasn’t given the task of investigating. Hillary Republicans Investigated Hillary for years and years and years and years, and I’m not even a fan of hers, but I know that she didn’t break any laws. Give it a rest. You are that backed up, freaked out cat in a corner. You’re terrified. You’re hissing, you’re scratching your biting, but none of those can do any damage and none of them are going to stop the inevitable from happening. So my message to conservatives out there who look at Donald trump as a good leader and a strong human being, again, read his tweets.

Are these the tweets? Have a strong man. Are these the tweets? Have a confident man or are these the tweets of a petulant, whiny narcissist who has been able to get away with every single thing he’s wanted to get away with in his entire life until now? Suddenly he’s having to face the consequences, suddenlies having to be investigated and suddenly he could lose it all. The only question that remains is will these attacks on the special prosecutor resonate with the public among dunks? Donald Trump’s base probably depends on how they view them. If they view them as the tweets have a weak man terrified about his own future, then they could lose support. After all, studies have shown that Donald Trump did appeal more to men who are insecure in their manhood and thought Donald trump was the vision of what a dude is supposed to be.

These tweets don’t reflect that. These tweets reflect a very scared man. So if these insecure men look at that and say, Hey, he’s not what I thought he was, maybe he could actually lose support from it. As for the rest of the public, the independence, the Democrats and everybody in between, I don’t think they’re swayed one way or another with these Donald Trump tweets. Well, I can’t say one way or the other. They are swayed. They see the same thing that I see the same thing that most rational people see. They see a, a weak person who is scared of the future and possibly somebody who’s gone a little bit crazy because that is exactly what has happened with Donald trump.