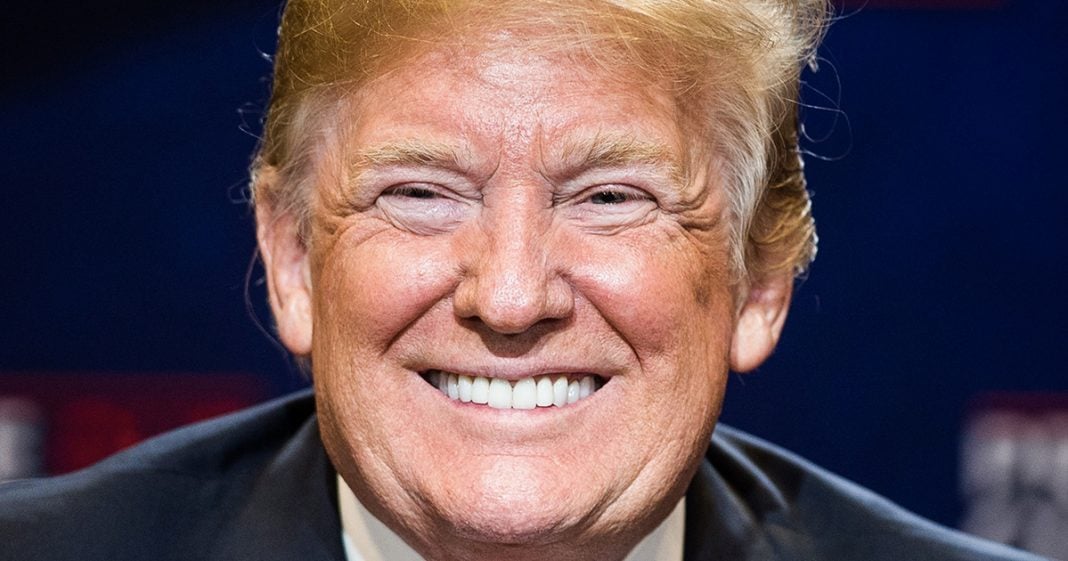 According to a new report in Politico, Donald Trump has been making a list of potential people he can blame if a recession hits before the 2020 elections. At the top of the list are the incoming Democrats and Nancy Pelosi, in particular, but none of them share any blame for the economy that was built on quicksand. Republicans have caused a mess and they get to leave before the final bill comes due. Ring of Fire’s Farron Cousins discusses this.

According to a new report and Politico, Republican sources say that Donald Trump is putting together a list of people he can blame if the economy goes into a recession. Now, Politico says that they have spoken to Republican sources. They’ve talked to people inside the White House. Maybe these people are being honest. Maybe they’re not. Maybe they exist and maybe they don’t, but here’s the thing. Regardless of whether or not this actually happened, we do know 100 percent that Donald Trump is preparing to blame the Democrats in case there is any economic downturn. After the Democrats get sworn in, he has already blamed drops in the stock market on the fact that Democrats got elected prior to the midterms. He had already been throwing a, or excuse me, laying the ground work to try to say, the Democrats will crash the economy should they take office. He has been doing this for months.

We know this is his game plan because we know that he knows that the economy is not stable right now and that his own policies have made it so much weaker as I have been repeatedly saying for a very long time. Now we have built our economy out of Straw, except we didn’t just build it out of Straw. We built it out of Straw on top of quicksand and everything is about to come tumbling down the tariffs that Donald Trump has put in place. The tax cuts for the wealthy elite, the stagnant wages of American workers, the growing, uh, a difference in CEO to worker pay. The gap between the haves and the have nots continues to get wider people losing food stamp coverage, people losing their health insurance. Any one of those things has the potential to wreak havoc on a fragile economy. We’ve got all of them.

We have every single one of those things happening in this country right now. All of the best economists in this country say that we are headed in a downward path very soon. You may not be able to see it at the moment, but the recent drops in the stock market based solely on Donald Trump’s tweets. That tells you something. The stock market is highly volatile right now and it’s because of Donald Trump. The trade wars have lost us billions upon billions of dollars, and that is because of Donald Trump. The tax cuts are screwing over American workers, and that’s because of Donald Trump and the Republicans. There is no way to spin this to where you could actually blame it on the Democrats, but that is exactly what Donald Trump is going to do. We have known that from the start. So regardless of whether or not this political story, whether they talk to actual people and whether there’s actual people, we’re being honest, it doesn’t matter because we already know who Donald Trump is going to blame if the recession happens and it’s literally going to be everyone except for the actual people responsible for it.