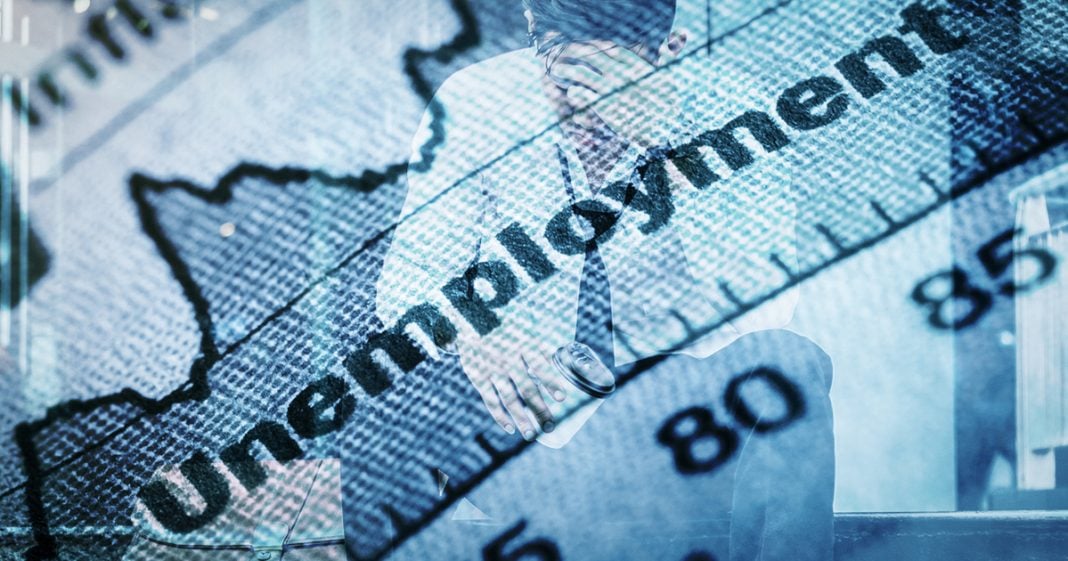 The Republicans swore that the tax cuts they passed last year would result in massive economic gains, job creation, and shared wealth amongst all members of the public. So far, the exact opposite has happened. Some of the largest employers in the US have actually slashed jobs and benefits while buying back their own stock to enrich themselves. Ring of Fire’s Farron Cousins explains what has happened in the 12 months since the tax cuts were passed.

We’re only a couple weeks away from the one year anniversary of Donald Trump signing the tax cuts and jobs act, which really had nothing to do with jobs that just cut taxes for major corporations who already weren’t paying their taxes and it cut taxes on millionaires and billionaires while the rest of us get absolutely nothing. But anyway, that was signed into law by President Trump on December 22nd 2017. So here we are almost a full year later, and the big question everybody has, God is where are the jobs? You know, this is the tax cuts and jobs act. Republicans swore every day Paul Ryan was incessant with it, telling us the corporations are about to create thousands upon thousands of new jobs for United States citizens. Where are they? We were all going to get raises. Remember? Remember that talking point, everybody’s going to get a raise. Every is going to start getting these bonuses.

What happened with that? What happened at company is reinvesting in their own company, expanding all of that, hiring new people, being more efficient. That didn’t happen either. What we’ve seen over the last year are hundreds of thousands of jobs cut hundreds of thousands of jobs lost, not because companies aren’t profitable anymore, but because they want to retain more of that profit and the only way to do that for them is to cut their staff so they don’t have to worry about that salary and those benefits anymore. We have seen corporations buy back their own stocks. In fact, corporate stock buybacks are at an all time high right now and all that does is enrich the shareholders. The board of directors and the CEOs does nothing to actually help the health of the company or the workers themselves. And only about 13 percent of the companies who got the tax cuts said they were going to let any of it at all trickled down to their employees or be used to expand their companies.

So we all got screwed. And we all know that. I mean, everybody’s been looking at their paycheck every time. They get one this year and we understand we didn’t get a damn thing from this, but what’s worse is that not only did we not get a damn thing is that a couple of hundred thousand people lost their jobs and they didn’t lose their jobs because they worked for a crappy company. These weren’t just all toys r US employees or sears employees who got laid off when the company shut down. These are massively profitable corporations and they’re the same corporations. By the way, according to a new report from Joshua Israel, I think progress who lobbied for this bill, they spent $48, million dollars lobbying for this tax cut. There was a coalition and you can read this story and find out how to sculpting it is. It’s A.

There’s a link to it in the description of this video, but a thing. Progress points out that there was a coalition of 32 businesses that were fighting tooth and nail to get this tax cuts and jobs act passed. Some of the folks involved in that includes Aetna AT&T Altrea, CVS, Kimberly Clark, Home Depot, Intel, Ford, General Dynamics. Northrop Grumman, Nike, a SNP Global, Southern Company, T-Mobile, UPS, Verizon, Viacom, Walmart, Reynolds, Raytheon, FedEx, all of those people gathered together. They created this unholy alliance of corporations to get this tax cut passed, not because they wanted more money to give their workers that money was already sitting in the bank. Corporations, big banks, they’re doing better than ever. They’ve got the money to give to their employees, to pay a living wage, to give them benefits are better healthcare for God’s sake. They just choose not to and instead these companies out of the ones I just listed and a couple that were also part of the coalition, decided to use cut jobs instead.

The job cutters who also received a tax cut and in fact lobbied for it include AT&T, Brown Foreman, Capital One, Cox Enterprises for General Dynamics, Intel, Kimberly Clark, Lockheed Martin, Macy’s, Northrop, t mobile, verizon, Viacom, Walmart, Walt Disney, Edison Electric, and the National Retail Federation, which also does represent people like Toys R Us, Macy’s, Sears, K-Mart, JC Penney, and Footlocker. Among others. They didn’t want to give money to the workers. They didn’t want to expand their businesses. They were doing just fine as they were. There was not enough demand to need an expansion. All they wanted was more money in the pockets of their CEOs, the pockets of their board directors in the pockets of their ultra wealthy shareholders. That’s what this tax cut was about. So we’re one year on, we’ve exploded the deficit trying to pay for these idiotic tax cuts for the wealthy. Got Everything. While the rest of us got completely screwed, because Republicans don’t care what happens to us, they only care what happens to their wealthy donors.