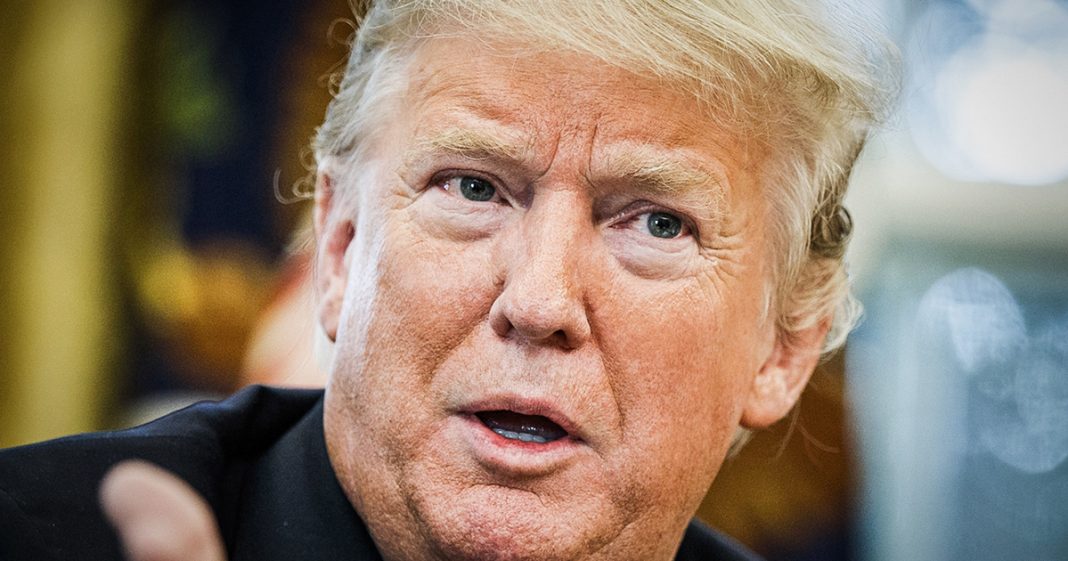 A judge ruled this week that the emoluments lawsuits that have been filed against Trump in both DC and Maryland can not only proceed, but prosecutors can go ahead and start issuing subpoenas when they are ready. This is a massive step forward and will hopefully stop the ridiculous profits that Trump has been making off of being President. Ring of Fire’s Farron Cousins discusses this.

It’s not very often that we actually get to report on any good news happening in this country, but earlier this week we got some really good news from a federal judge who ruled that the emoluments case lawsuits against Donald Trump in both Maryland and the district of Columbia. Not only can they go forward, but they can go ahead and start with subpoenas and the discovery process. This means that this case is pretty much going to be headed to trial in the very near future. And you know what though, even if it doesn’t end up heading to trial, the fact that discovery has begun might be all that we need because the, uh, um, attorneys, General Maryland and district Columbia, they know exactly what they’re doing. They know that they don’t have to bring this to trial to be successful. All they have to do, all they had to do was get to that discovery point where they could then subpoena documents from the Trump organization documents that had been without a scrutiny for years and now they have access to them.

That is what this judge ruled this week. It’s time. Go for it. Make it happen, and in case you’re not familiar with these emoluments cases, what’s happened is that Donald Trump’s properties that he owns, he still has a financial stake in them. He still owns them for all we know. He might even still be running them, but he gets a cut of the profits. So when you have foreign dignitaries coming and staying in these hotels are on these properties or even at his golf courses, uh, any money spent there eventually makes its way back to Trump in the form of profits. So it is illegal according to the emoluments clause of the US Constitution for a sitting president to take any form of emoluments, cash, gift, whatever it is, from a foreign dignitary, by them staying in Trump’s hotels and paying, you know, their nightly rate, that profit goes back to Trump.

That is an illegal emoluments. Sounds complicated. Sounds silly at times, but that’s the law. That’s why presidents are supposed to divest everything they have. They’re not supposed to have interest in any business in the United States to avoid these constitutional problems. Donald Trump didn’t do that. He still gets the profits. Now, what could happen from this, and this is a long shot, probably never would have a chance of ever really happening, but I’m going to throw it out there just in the off chance it does. If these lawsuits are successful, Donald Trump would be forced to sell off his businesses to get rid of any financial stake that he hasn’t any Trump property around the world. He’ll never do that. He already sees the walls closing in on him with a muller investigation, with all of the other investigations than New York investigation. But this one, this one has a lot of power to force him to leave office on his own because when it comes down to whether or not he wants to make money or be president, Trump is going to choose money every single time.

Hell, that’s why he ran for president. He’s making a ton of money right now. A lot of it off the backs of American taxpayers, so if they force him through these lawsuits to sell off his properties and no longer have a financial interest in them, combined with all of the other pressure coming on him from the other side, I firmly believe that if that were to happen, he would step down and say, no, my businesses are too important. I need to do this. This is for the workers are those, uh, you know, companies, the businesses, I’ve got to protect them so I’m doing this for them. Whatever his excuses are, there is however slight the potential of this case, the force that man to resign.