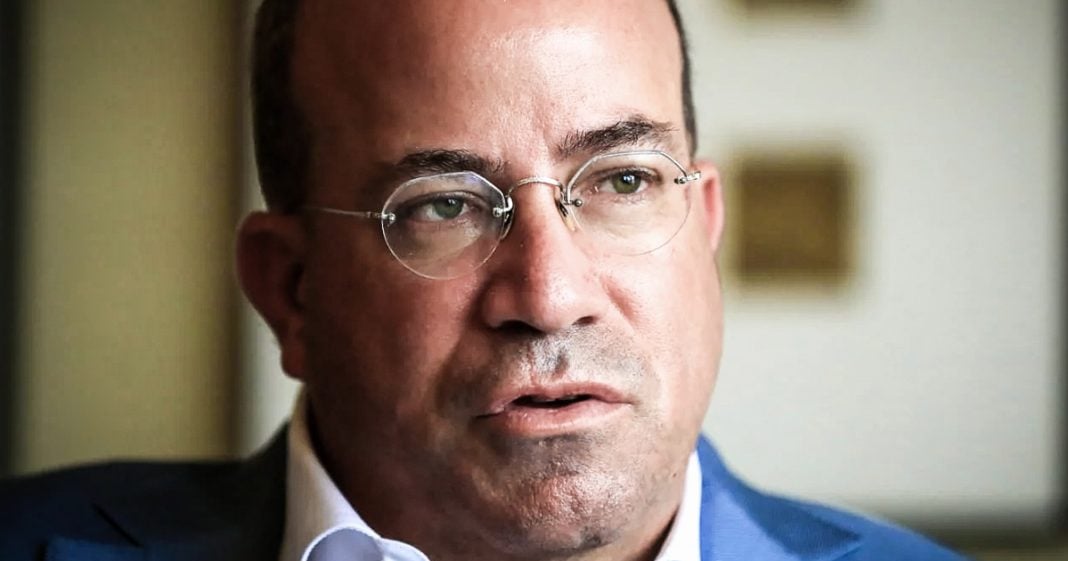 During a recent conversation, CNN President Jeff Zucker said that he has not completely ruled out getting into politics and running for office in the future, a move that would be absolutely horrifying. Zucker has spent the last 2 decades working for the corporate media and helping to push our baseless wars in the Middle East – those traits alone should terrify voters. Ring of Fire’s Farron Cousins discusses this.

CNN, president, Jeff Zucker is leaving open the possibility that in the future he may actually run for office. He actually made these comments during a recent appearance on the axe files, which is hosted by a former Obama official, David Axelrod, when axelrod asked him where he sees himself in five years. And uh, one of the things he said, I’m still very interested in politics and, uh, it’s something I would consider now this is not a firm like I am going to run for office. I’m going to run for Senate or House or hell even president. But it’s problematic because Jeff Zucker is a guy who has spent his entire career working for the corporate controlled media. The corporate controlled is the key aspect there at CNN. He has done nothing but help to push the idea that the United States needs to be involved in as many words as possible.

He is taken money from defense contractors in the form of advertising. He’s taken money from Big Pharma in the form of advertising. He’s taken money from every major polluter, every major corporation that screwing over their workers. All of that money comes to Jeff Zucker and his network in the form of advertising, Jeff Zucker, whether he wants to admit it or not, is 100 percent owned and controlled by corporations. We do not need him running for office. I. What is it with, with rich and powerful white guys that makes them automatically assume like, I’ve got money and I’m an asshole. Maybe I should run for public office. Hell, if that’s all it takes. All I’m missing at this point as a little bit of money, but really we need people who understand what’s happening in the world who understand how to run a country. Can we stop? Can we stop with the speculation on idiots like Zucker and back in the day it was trump.

Can we stop with all this? That just because somebody knows kind of how to run a business that they would be good for this country. Trump has proven that to be a lie. He cannot run this country. He has done a horrible job with it. His disaster response is absolutely abysmal and now we got another guy, Jeff Zucker who has helped push us in the endless wars, who accepts money from any corporation willing to pay, and there is no evidence whatsoever that he would be any different as a politician if what he is doing to CNN were to translate itself into a political candidate. Is that somebody you want to vote for somebody who likes to beat the drums of war against Iran or North Korea or Russia or whoever it is that particular day. Somebody who will take money from the most egregious polluters on the planet, somebody that takes money from fossil fuel companies and pharmaceutical companies who are price gouging, American consumers every day. Is that the kind of candidate you want? Because if it is, then Jeff Zucker might just be the candidate for you.