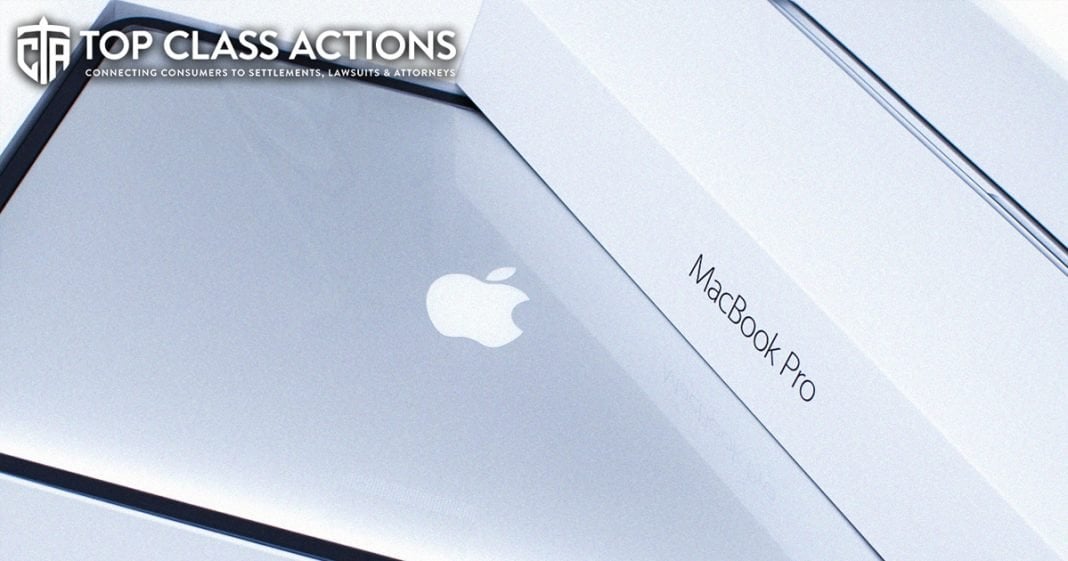 According to a new lawsuit, Apple is designing its popular, and very expensive, iMacs and MacBooks with a design flaw that is costing users hundreds of dollars to fix. The flaw is that there is no dust filter to prevent debris from damaging the inside of the computer, and to get Apple to fix it users are spending tons of money. Ring of Fire’s Farron Cousins discusses this with Scott Hardy from Top Class Actions.

Farron Cousins: Anybody who’s ever purchased a new computer understands that if you want to get the top of the line, if you want to go for the Apple, the iMacs, the MacBooks, it’s about as expensive as you can get, but you also assume that paying that much money, you’re getting what you pay for and a lot of instances you do. But according to a new class action lawsuit, there’s actually a design flaw in these iMacs and these MacBooks that is creating havoc for users in the United States and could cost them hundreds of dollars each.

Joining me now to talk about this story is Scott Hardy from Top Class Actions. Scott, tell us about this flaw that is in these iMacs and these MacBooks.

Scott Hardy: It’s an interesting flaw because as you know, any MacBook or iMac or any computer gets warm and so a fan turns on and that fan is circulating cooler air across the processor and the motherboard. And what this class action alleges is that there should be a dust filter in place of, you know, as part of this fan. So any of this air that’s going through and going into your sensitive parts of your computer is filtered out and the dust particles, don’t actually land in the motherboard or in the, in the actual iMac book class action portion of it that they don’t get behind your screen.

And because what happens is the dust can land on your motherboard, over time that can cause damage to your motherboard costing a very expensive repair. One of the plaintiffs in this class action actually stated that she’s a photographer and so she had a MacBook and the dust would get behind the screen and so on the corners of your screen, they would actually get some, get black and get dark and you would think that your screen’s actually going bad.

But that’s not the case. It’s simply dust build up. And now Apple, if you go to an Apple store, the class action says that you go to the Apple store, you say, my screen is dark. Apple says bad screen, $400 to replace it. When in fact all that would be required will be pulling that screen off, wiping it down, taking off all that dust and then putting it back and wallah your screen looks like new again and it should work just fine.

But Apple doesn’t actually offer that service even though they know that dust is an issue, they make you actually buy an entirely new screen and Apple parts aren’t cheap and so you’re looking at hundreds of dollars to fix something that should just be a relatively easy pop something off, wipe it down and replace it. And so the class action is trying to get filters put in place for these; dust filters put in place for these computers and ideally have Apple offer a new service just to fix or repair something without making, having you buy a whole new replacement part when it’s not even needed.

Farron Cousins: And what’s really interesting about this is the fact that, you know, anytime suppose you have one of these computers and you say, okay, well now I know the problem is the dust. I can open it up and possibly, you know, get a gentle brush or something, wipe this away. Well, with most electronic devices, and I know Apple for certain, if you open it up, if you try to address this on your own, you have immediately voided that warranty.

You know, if you open up the back of a MacBook, it immediately is going to void that warranty. So now you’re no longer covered. Plus you obviously also run the risk of messing something up. Now you void your warranty. You cannot just take it back to Apple and say, well, I just got this six months ago, but it was filled with dust. I took off the back, please fix it.

They’ll say, no, no, you broke the rules and even though we created the problem, you’re still on the hook for it, you’re probably going to need to go look at our latest models because that’s what you’re… where you’re at now.

Farron Cousins: It’s absolutely crazy here. I mean, look, a dust filter should be common sense for these manufacturers, but even just a little, you know, screen to put on there, it could cost a couple cents. It may cost $2 or $3 and if you’re shipping out 10,000 computers a day, that might be $20,000 you’re spending on filters, so it’s easier to go without those and assume that nobody’s going to come and hold you liable for that.

Even though anything that is in the air where you’re using that computer could now potentially enter that computer that you know, sometimes $2,000-$3,000 computers just because we didn’t want to spend a $1 or $2 to put a dust filter on there.

Scott Hardy: Right. It’s really sad for the consumers and you know, Apple is such a consumer friendly brand that it’s surprising that they wouldn’t take this extra effort and not put a dust filter in place. But then when you think about the actual dollars and cents, it makes sense, right? Because they could put it in there, but then they couldn’t charge you $400 to fix it. And when you’ve got thousands and thousands and thousands of these out there, then you know, that could be millions of dollars a year that they’re making in repair costs, that could just be fixed by a small filter.

It’ll be really interesting to see what happens with this class action because these are really heavy hitters, you know, you’ve got Steve Berman and his team that are going after Apple, so these guys won’t be scared away even though Apple is what are they, a trillion dollar company now? I mean they’re just huge. But a small part could fix a very, very expensive problem for consumers. And so we hope Apple will do the right thing and start putting in this filter for consumers going forward and then release a viable fix for everybody else who’s affected by it right now.

Farron Cousins: As is so often the case corporations, when left to their own devices typically aren’t going to do the right thing and it always takes the trial lawyers to step in and force the change that is needed with a lot of these companies and a lot of their products. If you need any more information on this particular issue, you can find a link in the description of this video, will take you back to Top Class Actions and while you’re there, make sure you sign up for their newsletter.

I mean, this is information that is valuable to every consumer in this country. You may even qualify for money that you don’t know, that you qualify for. So subscribe to that newsletter, stay informed, and stay on top of all of these issues that matter to consumers. Scott Hardy, thanks for talking with us today.