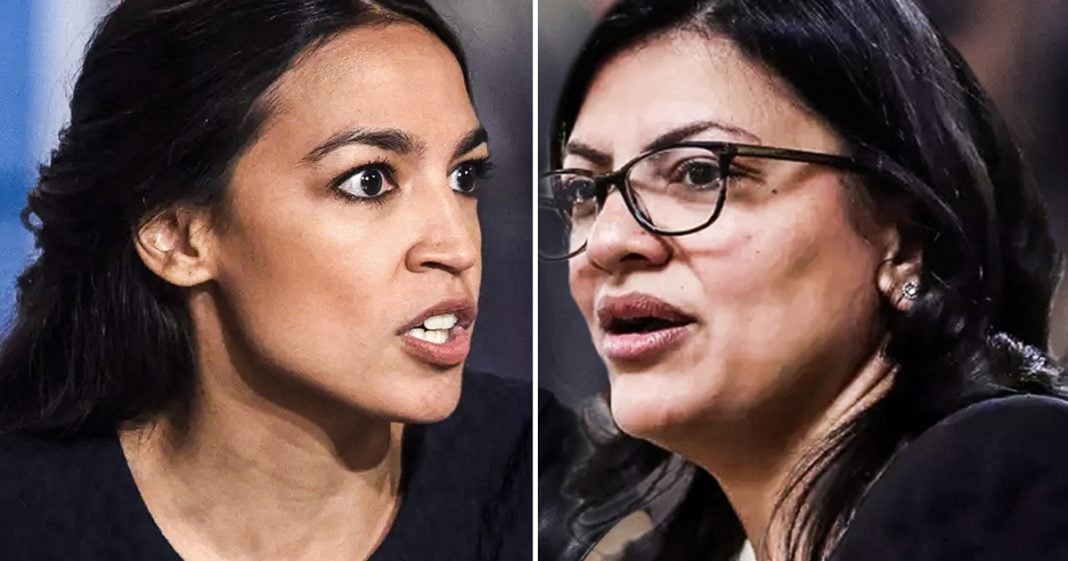 Freshmen members of Congress have been forced to sit through an orientation that featured as speakers lobbyist for corporations and current and former CEOs of major businesses, according to tweets sent out by Alexandria Ocasio-Cortez and Rashida Tlaib. This is deplorable, and what these corporate stooges told these new members is even worse than deplorable. Ring of Fire’s Farron Cousins discusses this.

Yesterday, the new first year incoming members of the US House of Representatives were forced to sit through an orientation meeting where they got to hear from corporate lobbyists, current and former ceos of major corporations, and not a single leader from Labor or advocacy or anyone who does their job to benefit the public. In general, this information was exposed via a series of tweets from both Alexandria Ocasio-Cortez and a new coming congress person, Rashida Tlaib. Here’s what the pair of them tweeted out first is Ocasio-Cortez, Ocasio-Cortez. Excuse me. Um, right now, freshmen members of Congress ready by partisan orientation with briefings on issues, invited, panelist offer insights to inform new Congress member views as they prepare to legislate. Number of corporate ceos we’ve listened to here for number of labor leaders zero in a subsequent tweet she said are bipartisan. Congressional orientation is co hosted by a corporate lobbyist group.

Other members have quietly expressed to me. They’re concerned that this wasn’t told to us in advance. Lobbyists are here. Goldman Sachs is here. Where’s labor activists? Frontline community leaders. And here is a Rashida Tlaib lady who says, Gary Cohn, former CEO, Goldman Sachs, addressing new members of Congress today, says, you guys are way over your head. You don’t know how the game is played. No, Gary, you don’t know what’s coming or revolutionary congress that puts people over profits. Here is what I love and I’ve said this plenty of times about Ocasio-Cortez and and all of these new members to lab and all of them, they are exposing what is actually taking place in Washington DC. Had these two women not tweeted out this information, we would not know it. We would not know that freshmen members of Congress are being forced to sit in meetings, having corporate lobbyists tell them what they should or should not think, direct them on how to legislate ceos from corporations light Goldman Sachs who stole billions of dollars from the US economy, lecturing them, that they’re over their head.

This is disgusting, folks. This is absolute insanity. Corporations are running our government and there is no question about it, but with people like Ocasio-Cortez with people like to lave and some of the others coming in there, people like Ro Khanna and Ted Lieu who have already been in there for a few years. We’re finally starting to see the truth. We’re seeing everything exposed. These people are not afraid to stand up to the powers that be and they haven’t even been sworn in yet and that’s what I love so much about this because if they can expose so much corruption and dirt and already changed the way that policy is headed before they’re even sworn in, just imagine how much good they’re going to do when they actually hold that seat. That is what is inspiring. That is what gives us hope and that is why I think that this new incoming congress might actually be able to finally do something good for the American public and it’s not because of the old guard establishment members who’ve been in there for 20 years. It’s because of these fresh faced big idea newcomers who do not come from money. They did not accept corporate money, and so they know that their loyalty, their allegiance is to the people of the United States and not these corporate lobbyists that they’re being forced to meet with before they can be sworn in.