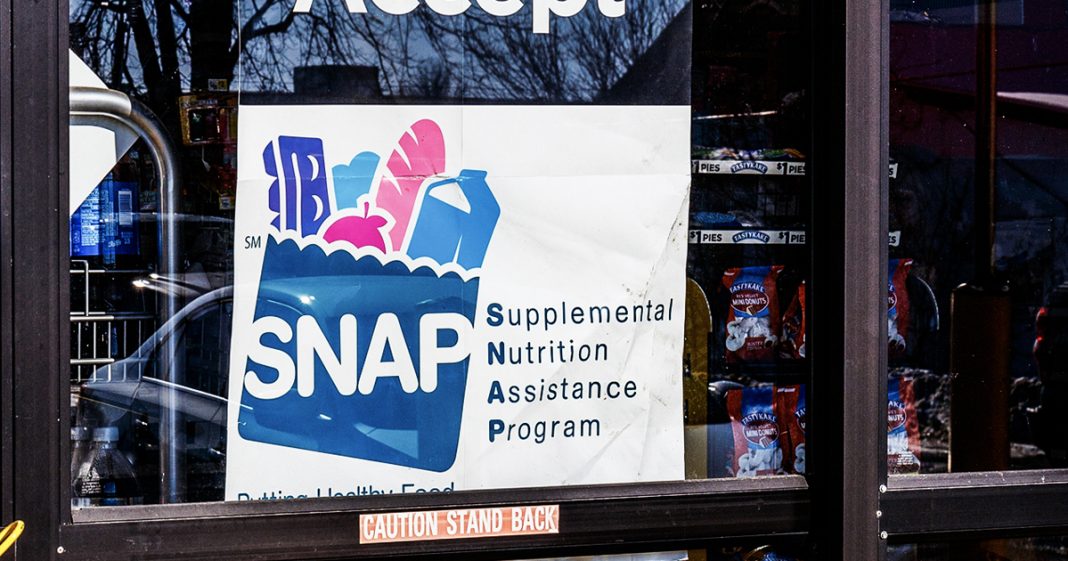 According to new research, children who have been on government welfare and social programs tend to be more successful later in life and have overall better mental and physical health. This news comes at a time when Republicans are still trying to slash social safety net programs like SNAP and CHIP in order to pay down their skyrocketing deficit. Ring of Fire’s Farron Cousins discusses this.

In order to combat the massive national debt that they’ve created, which is now to the tune of over $21,000,000,000,000, Republicans this week are considering legislation that might actually further cut food stamp programs and children’s health insurance programs here in the United States, but before they knew that they may want to look at the research that is currently available that shows that access to food stamps for children actually leads to them being more successful later in life and being less dependent on federal assistance programs. See, here’s the thing, Republicans have told us for years that if we create this welfare state, if we give poor people money for things like food and healthcare, they’re going to become dependent upon the system. They’re going to be what Reagan called those welfare queens and they’ll never work another day in their life because Uncle Sam’s providing everything for them. Research shows that not only was that never true, but it’s actually the opposite.

Children who get food stamps prior to the age of five in the United States are more successful later in life. They have an 18 percent higher high school completion rate than their counterparts who did not receive those federal assistance programs. They’re five percent less likely to have heart disease growing up, uh, less likely to have metabolic diseases. Women in particular have. They’re on food stamps prior to the age of five, have a higher chance of achieving greater, higher education according to the new study, and you can actually check it out. It’s in the description under this video, the link to it, but what this does is it blows apart these decades old republican talking points that tell us that if we put somebody on public assistance, they’re there for life. They’ll never want to do anything else. They’ll never want to get better. They’re going to sit there, a lazy loud sucking off the government’s teat.

That’s literally the opposite of what happens. People who get this assistance, who get the hand up, not a handout, but they’re getting lifted up. We’re helping them and they end up contributing more to society. They have better overall mental health and physical health and everything in their lives can improve by giving them that helping hand early in life. Right now, 70 percent of food stamp recipients here in the United States are families that have children. If we do not take care of them, if we do not help them based on the way our society is today, we are essentially condemning them to a life of poverty. It’s not because they’re lazy, it’s not because they’re not trying. It’s because they’re not given any opportunities do better. That’s the way the system is set up today. You know, if you’re born poor, if nobody helps you out and you have to go to these poor schools that have been starved for funding, you can’t afford college because student loans will kill you later in life. You’re stuck. We have created this endless cycle of poverty because we refuse to help out and we refuse as a country to actually address the problems and that’s why this study is so important. Not just because it makes Republicans look even dumber than they are, but because it shows how much good we can create in this country. Just by giving people a helping hand.