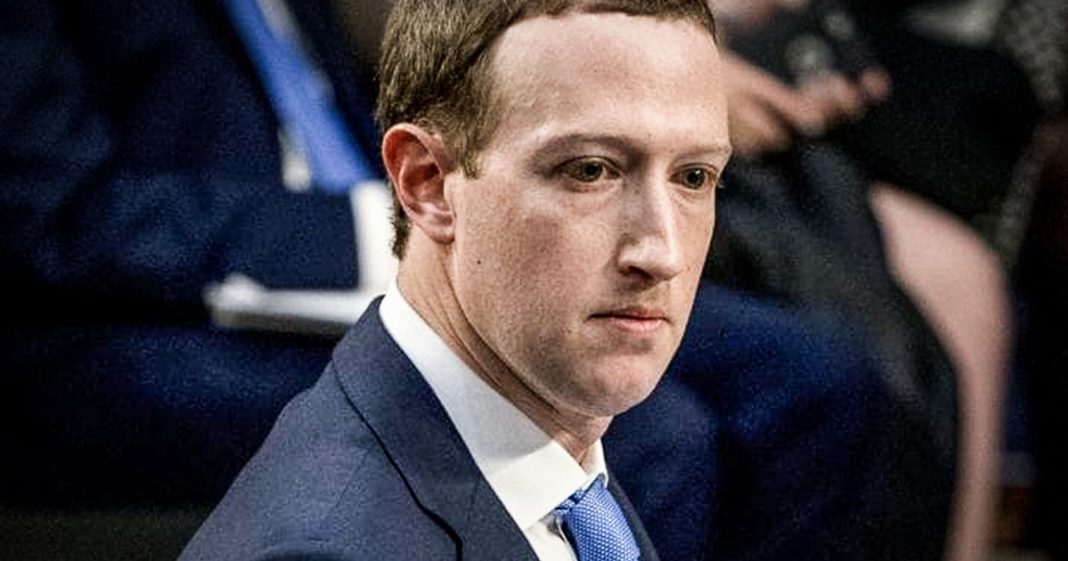 A new investigation has revealed that Facebook continued to share the personal data of users even after they promised they would stop doing it. This has gone on long enough, and it is time for some serious regulations against these social media giants who are acting like our data is their personal property. Ring of Fire’s Farron Cousins explains what has happened and what needs to be done.

Facebook is once again found itself in hot water for lying to the public, not just the American public, actually the public all around the world about their data harvesting process. In 2014 Facebook swore up and down that they were done allowing app developers and third party software programs that were a part of Facebook to access the personal data of users and everyone on their friends list that happened in 2014. They said we’re done. It’ll never happen again. Well, according to documents actually released in the British parliament yesterday, Facebook still does that and not only did they continue doing that after they swore they weren’t going to do it anymore, they actually had many companies reach out to them and they told those companies according to emails released in British parliament that they were going to make sure everything was taken. Okay. Uh, it was going to be okay.

They were taking care of. Some of those companies include Netflix, Lyft and airbnb and other independent app developers that were also tied into Facebook. Here’s a, here’s some of the emails. This is from app developer dating platform by do said, we have been compelled to write to you to explain the hugely detrimental effect that removing friend permissions will call us to are hugely popular and profitable applications, Baidu and hot or not a Facebook. Then wrote back to them, this was January 2015 saying, uh, there we have a new application programming interface known as API. It’s going to actually let selected apps go ahead and bypass our new rule system. Basically, they created a separate algorithm within Facebook that allowed certain app developers, the one who’s ones who curried favor with Facebook, I guess to still access your data, the data of your friends, the data of your friends’ friends because they all got white listed through this secret algorithm that nobody knew about.

A Zuckerberg also in the documents released yesterday, uh, was talking about how can we profit more off sharing users’ data if you needed any more evidence that Facebook and Zuckerberg in particular in particular, just horrible individuals. This is it, right? I mean, this kind of seals the deal here. Facebook doesn’t care about your privacy. Facebook doesn’t care about protecting your data. They care about profiting from it. That is what Mark Zuckerberg himself says in these new documents and they made sure to create a separate little algorithm that only certain programs and apps knew about that they could use to be white listed, to get access to everything that you have to offer and everything that all of your friends have to offer because it was profitable because there was money to be made and that is the only thing that motivates these people. You know, they might’ve started as idealists wanting to create this social network and be cool and popular, but somewhere along the way and perhaps even before it began, they began.

They became corrupted by the money and that’s what we’re looking at right now. Something has to happen with Facebook. This is absolutely out of control. Not just that they’re letting people without our permission access our data, but because they’re profiting from it and they lied to us about it. Regulations need to be put in place that expressly for bids, any social media company from sharing your data with anyone on this planet, unless you have expressly given permission, not just blanket permission, go ahead and share it, but permission every single time some company comes out there wanting your data and the data of everybody you know, that’s what needs to happen and if that’s not going to happen then because of the massive privacy issues and the decay of public trust, then perhaps it’s time for the government to step in and say, Facebook, you’re no longer allowed to do business here in the United States.