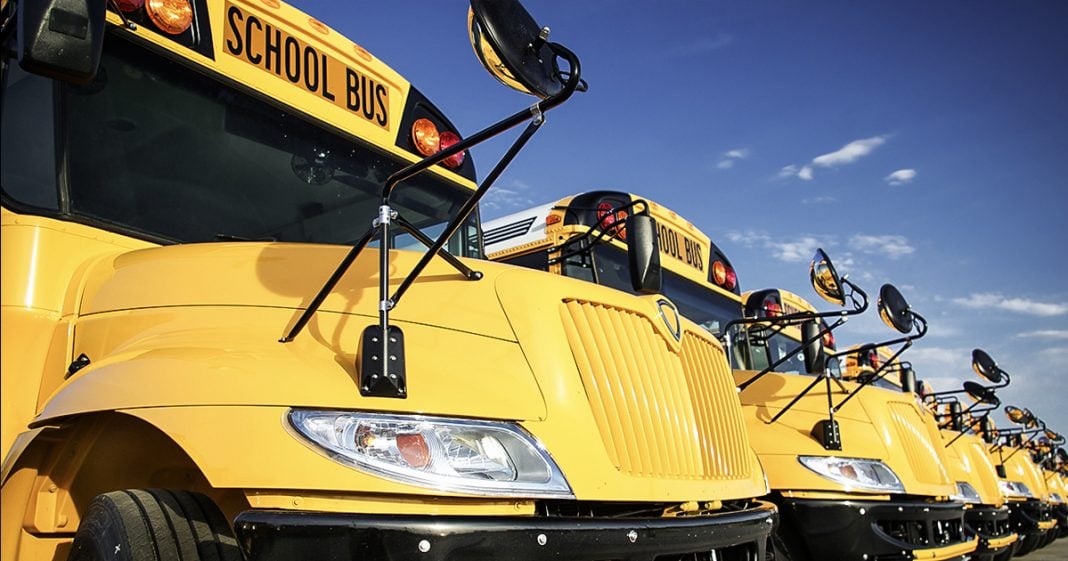 According to a new report by Reuters, corporate tax breaks have starved school districts of more than a billion dollars across nearly 30 states. We are denying children a better future just so that we can give the top 1% a little more money. This is a disgrace, and Ring of Fire’s Farron Cousins explains why this is such a problem.

According to a new report by Reuters tax breaks for major corporations from cities and states have starved schools of one point $8,000,000,000 in just the last year, one point $8,000,000,000 that could have gone to a struggling school systems. It could have gone to giving teachers a much needed raise. It could have hired in some areas, depending on the level of tax breaks they gave. Corporations could have hired 28,000 new teachers just in some cities, but instead we gave that money to multibillion dollar corporations just to entice them to bring their headquarters, bring their new offices, bring their manufacturing to those specific areas. We are starving school districts have money to give more subsidies, more tax breaks, and more gifts to the top. One percent education in the United States has been on a steady downward slide for decades now. School districts mostly thanks to Republican budget cuts have been slashed, denied funding that they desperately need.

Using textbooks that are 10 to 20 years old and falling apart, not able to keep up with technology in the classroom, having instead to rely on outside grants, charitable groups or celebrities coming in to raise money for particular schools because that money is not coming from the government as it should be. The city government, the state government, we’re having to go elsewhere to find it and now we know where that money’s actually going. According to Reuters, they’re massive report here. It’s going to corporations, these same corporations that are already pulling in billions of dollars in profits every single year and this is pretty much what happened recently with Amazon and as I pointed out at the time, all corporations do this. They, they play cities and states against each other. Try to get the best deal, get the most tax breaks, get the most subsidies and incentives and then they pick a winner and then that city ends up losing money because they’re giving so much away to that corporation because typically they don’t just create 10 to 20,000 new jobs in that area.

Yes, they do create new jobs in that area, but a lot of them, a lot of those 10 to 20,000 jobs or however many it is, they promise they actually just bring in workers from other states, you know, people from their other branches come in and now they work there, so the unemployment rate in those areas doesn’t actually drop. In fact, depending on what kind of corporation comes in there, if it’s a Walmart or other kinds of big box store, the unemployment rate can actually increase as does the number of people needing public assistance, but rather than give this money to these massive corporations, we could be giving it to schools. We could be helping the next generation get a better head start in life and instead we want to give it to people who already have billions of dollars sitting in the bank because we think it might look good in a campaign one day.

That’s what this is about. That’s why politicians love to brag about corporations moving into their areas saying, look what we did. We rolled out the red carpet for Intel, or Amazon, or Microsoft, or Boeing. When in reality, they gave away everything that that city had to offer starving students, starving teachers, increasing the need for public assistance and actually cutting funding for that as well because we got to give more money to that corporation. It looks great on the campaign trail, but when you look at it on paper, which is what Reuters did here, it’s an absolute disaster for cities and states.