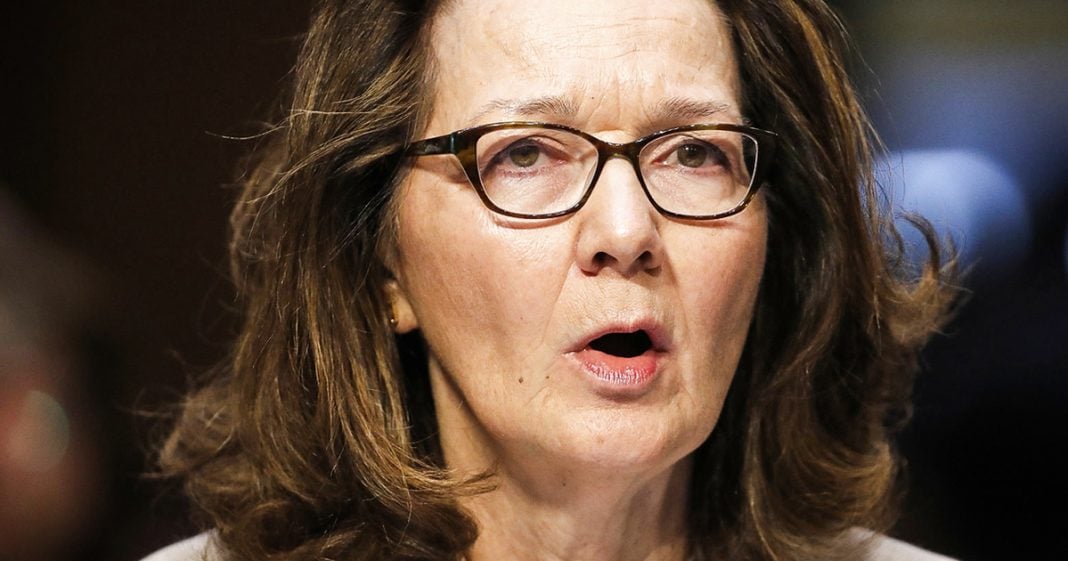 According to Senators who were personally briefed by CIA Director Gina Haspel on the issue, members of the Trump administration have been lying about what is known about the murder of Jamal Khashoggi. Both Democratic and Republican Senators are now saying that the administration was “misleading” in their statements, which is a much more cordial way of saying that they lied to protect the Saudis. Ring of Fire’s Farron Cousins discusses this.

On Tuesday, CIA director Gina Haspel, briefed a handful of senators about what the CIA knows about the murder of journalists, Jamal Khashoggi at the hands of Saudi Arabia, and the people who walked out of that meeting, including the hardcore Trump supporters, said that yet we have no doubt that Saudi Arabia, a Prince Mohammed bin Salman mbs, that he murdered that journalist or had him murdered. That’s coming from Lindsey Graham. And it’s coming from Bob Corker. And Lindsey Graham is, we all know, has been a hardcore Trump supporter ever since his buddy John McCain passed away. Uh, so for him to come out and say that, yeah, there’s no smoking gun, there’s a smoking saw after speaking with the CIA director. That kind of tells us everything we need to know about what actually happened. But here’s another interesting little nugget to go along with this story. Last week you had defense secretary James Mattis and secretary of State Mike Pompeo of the Trump administration, telling the media, telling Congress, telling senators that, hey, there’s really not enough evidence to say that, uh, you know, nbs was actually involved in this, uh, uh, you know, it’s just a little too muddy right now.

We’re not 100 percent sure you had Trump even before that saying, Hey, you know, uh, we don’t know exactly what happened. Maybe maybe they were involved, we can’t say, but they buy a lot of weapons from us. So we really, you know, is it worth risking that relationship? And as I said, then, yeah, it is, it is worth ending that relationship. Uh, even without the murder, it was worth ending that relationship because that seems to be the only thing that Saudi Arabia can do. Well, murder people. But we know based on CIA intelligence and what these Republicans are coming out and telling us now, there is no doubt whatsoever that Prince Mohammed bin Salman had this journalist, Jamal Khashoggi murdered. In fact, Bob Corker actually said, uh, if the crown prince was put on trial, he’d be convicted by a jury in 30 minutes. That must’ve been some powerful, compelling evidence that Gina Haspel showed those senators yesterday.

Is this administration going to do anything about it? And absolutely not. Even though this new account from these Republicans from Gina Haspel completely contradicts everything they’ve said, they won’t do anything because again, as Trump has pointed out, not only do they buy a lot of weapons from us, but they buy a lot of condos and apartments from him to the tune of, I think about 40 to $50, million dollars they’ve spent on Trump properties. So why in the world would we expect this man who only cares about money to take this issue seriously and punished Arabia accordingly. But let’s go back in time a minute because it’s not just Donald Trump. Barack Obama tried to protect Saudi Arabia from being sued for their, uh, providing the hijackers for nine slash 11, George W. Bush. How we saw him kneel down, kiss and hold hands with the Saudi royal family for eight years.

They were 100 percent in bed with them because of their oil, and here’s the kicker, folks. We don’t even get most of our oil from Saudi Arabia. Most of it comes from the north and the South Canada and Mexico. That’s where most US oil comes from. Our two neighbors, the two neighbors that Donald Trump can’t seem to stop fighting with, and yet we’re supposed to protect this brutal dictatorship. It’s not a royal family. It’s a dictatorship over there in Saudi Arabia. Saudi Arabia Is a fascist regime. They’re out there killing children in Yemen killing their own citizens. They killed this journalist and the administration is turning a blind eye towards it because one, they feed our military industrial complex and they give our defense contractors billions of dollars into there. Also not shy about putting tens of millions of dollars into Donald Trump’s pocket by buying his properties. As long as those two things continue, we will never see the United States stand up to Saudi Arabia.