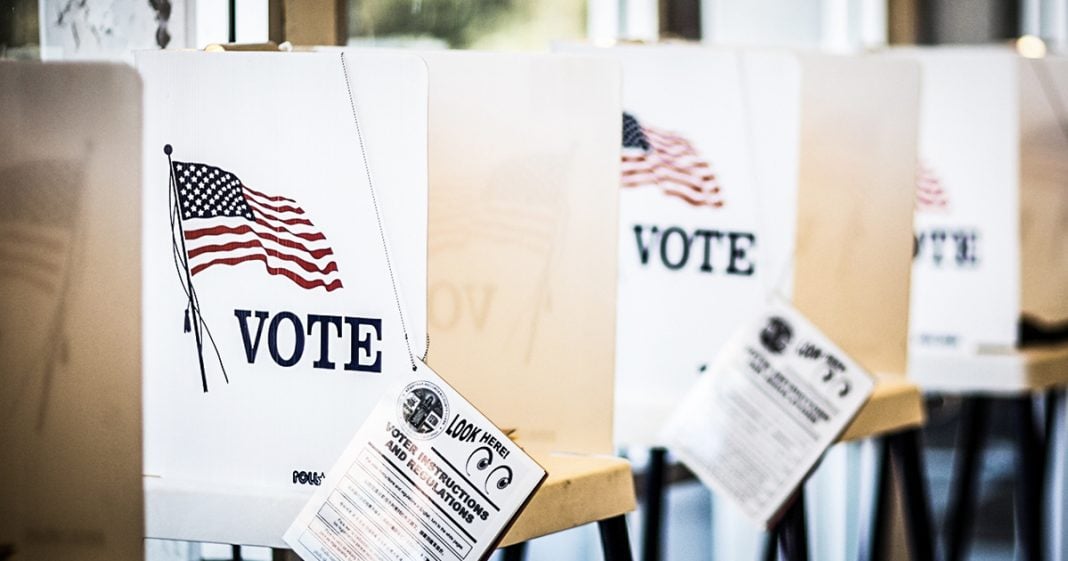 An absentee ballot witness claims that she was paid by a Republican electioneer to go around and collect absentee ballots before they had been counted and before people could mail them back in before the midterm deadline in North Carolina. This adds a new layer to the scandal being uncovered in the state as it appears that Republican operatives working for the GOP candidate were physically destroying ballots so they could not be counted. Ring of Fire’s Farron Cousins discusses this.

In case you haven’t been following along with what is happening in North Carolina as a ninth district, they have still not certified the results of that election from the November midterms and for good reason, the Democratic challenger had already conceded. He lost by about 700 votes and he conceded to his Republican opponent, but the, uh, board of elections would not certify the results because as it turns out, they’ve uncovered massive fraud taking place at the hands of the Republicans and the people who actually worked for the Republican candidate. Yesterday, we found out that a woman by the name of Ginger Easen, she was paid by a man by the name of Leslie McCray, Dallas Jr, who worked for the Republican candidate, a Mark Harris. He paid her to go around and collect absentee ballots. They would go to people’s homes, not just this woman, but there were several. According to sworn affidavits, they would go to people’s homes.

Say, Hey, we know you’ve got an absentee ballot. Why don’t you give it to us so we can go ahead and take it in for you and get that handled. This woman Ginger Easen. And says she was paid 75 to $100 to go around and collect these absentee ballots where she then gave them to Dallas Jr. Again, the man working for Mark Harris, the republican candidates campaign. Dallas then did not turn in the ballots. Every step of this process is 100 percent illegal. You are not to go around and collect absentee ballots. Those are to be mailed back or dropped off by the voter themselves. You cannot go around and collect those, and more importantly, you can’t just collect them and then make them disappear, which appears to be what has happened in the state of North Carolina, at least in that ninth district. This is absolutely appalling.

Now we have seen horrible actions by republicans in these midterms. We saw the massive voter suppression in Georgia. We had massive voter purges in Florida. Both of those helped republicans maintain control of those states. Had these been fair elections, we would have Georgia governor Stacy Abrams and Florida governor Andrew Gillum. Unfortunately, the republican voter suppression voter purging was a little too much to overcome at this time, but what is happening in North Carolina is even more disgusting because they are literally taking people’s ballots and making them disappear in a race that was decided by 700 votes, this race is probably going to flip Mark Harris, the republican candidate, and all the people that he worked for hiM that went around and did this should be in jail. Now we don’t know for sure at tHis point if harris knew this was happening, but if he did, one hundRed percent should go to jail, and if he didn’t, then he should go ahead and withdraw from the race because he was too stupid to understand what was happening in his own campaign. No matter what. This doesn’t end well for him. This doesn’t end with him sitting in a house of representatives anywhere. It most likely ins with him sitting in a prison cell.