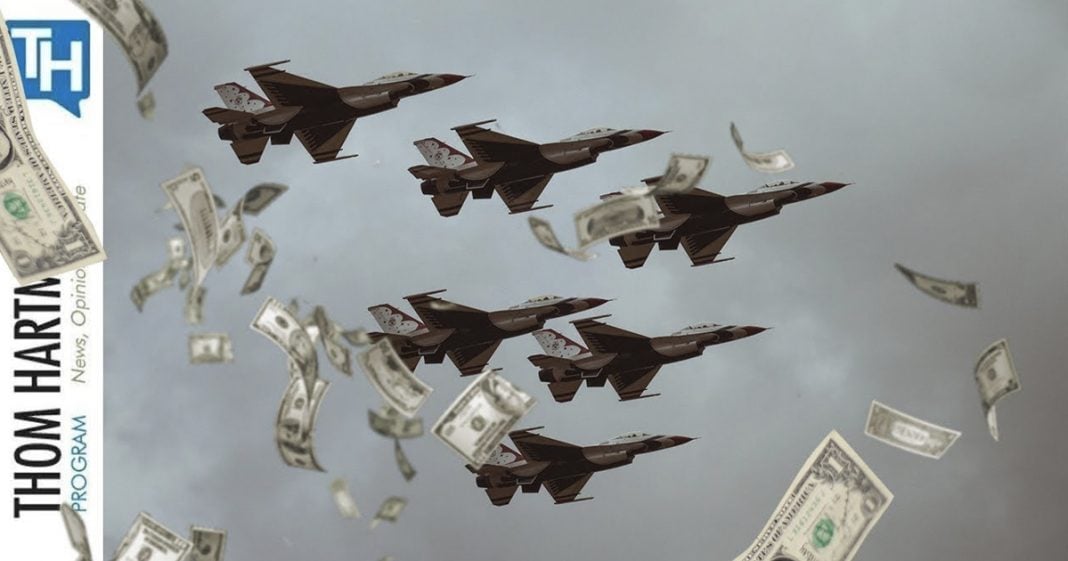 Do to Saudi Arabia’s intervention in Yemen, over 85,000 children have already starved to death. Senator Bernie Sanders, along with Barbra Lee, and others are fighting to stop U.S. involvement in that genocide. “We cannot let them determine U.S. Military priority” Sanders tells Thom Hartmann and the audience that weapons contractors, pathological liars like Donald Trump, and the Saudi Royal family cannot led U.S. military policy.