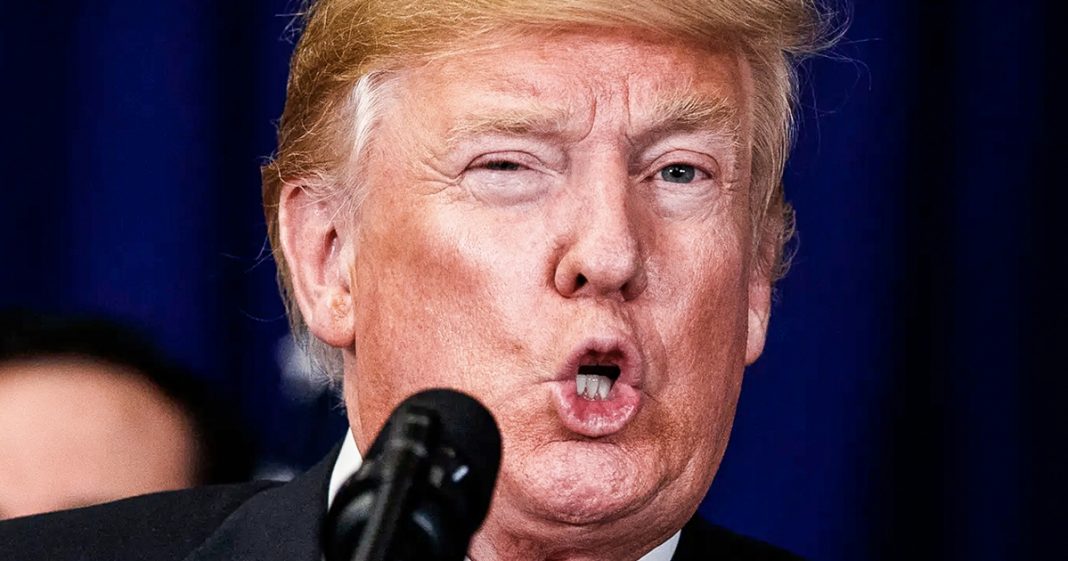 On Wednesday of last week, the Trump administration sent out a memo to 2 million federal workers warning them that it will be “illegal” for them to talk about the possibility of Trump’s impeachment while at work. They were also warned that they cannot use the word “resist,” a reference to the growing anti-Trump movement from the left. This is unheard of in modern times, and Trump is pushing us closer and closer to a full blown dictatorship, as Ring of Fire’s Farron Cousins explains.

Last wednesday, nearly 2 million federal employees received a memo that actually came as quite a shock. That memo told those 2 million federal employees they were not allowed to discuss the possibility of Donald Trump’s impeachment. While at work, the federal government, the Trump administration, sent out a memo to 2 million federal workers restricting their free speech, telling them that they can’t basically talk about a worst case scenario for President Donald Trump. They also told them that they can’t use the word resist, you know, like the Hashtag resist the anti-Trump movement there. Um, this is full blown fascist dictatorship in the United States today. We’re literally telling federal workers what they can and cannot say while they’re at work. We’re dictating their speech for them. And now here’s the thing, the administration is claiming that because Donald Trump is running for president again, if you’re out there talking about these kinds of things, then that would be a violation of the hatch act.

You know, because you’re sitting there advocating for or against a politician. Um, unfortunately, that’s not actually what the Hatch Act covers. What the hatchet covers is if you’re using your official position as your megaphone to go out there and advocate for or against a politician political party or an issue, you cannot do that, but if you’re sitting in your cubicle at work and you lean over and you say, Hey, have you seen the news of the day? It looks like Donald Trump may be impeached. That’s not political speech. That’s just speech that’s not advocating for or against a particular politician that’s talking about the news of the day, but to this administration that is a threat and that is a danger and they’re going to put an end to it. Now according to the memo, it’s actually illegal. They’re saying it’s illegal for federal employees to engage in these kinds of discussions while at work, but to me it’s not just.

You’re not allowed to talk about impeachment because that’s illegal and God knows what we’re going to do to you. If we find out you are not being able to use the word resist, that’s what takes this to the next level. That’s what puts this into full blown. It’s not about the hatch act. It’s not about anything else. This is fully about Trump getting pissed off, getting scared, being cornered right now, seeing the walls closing in on him and wanting to lash out at somebody, and unfortunately it is those 2 million federal employees who are going to pay the price for this. Hopefully we’re not going to see stories start emerging. We’re federal employees are fired for mentioning Donald Trump’s impeachment, but if we do see those stories, I hope those federal workers understand that they have a pretty much slam dunk case against the federal government for wrongful termination and violation of their freedom of speech.