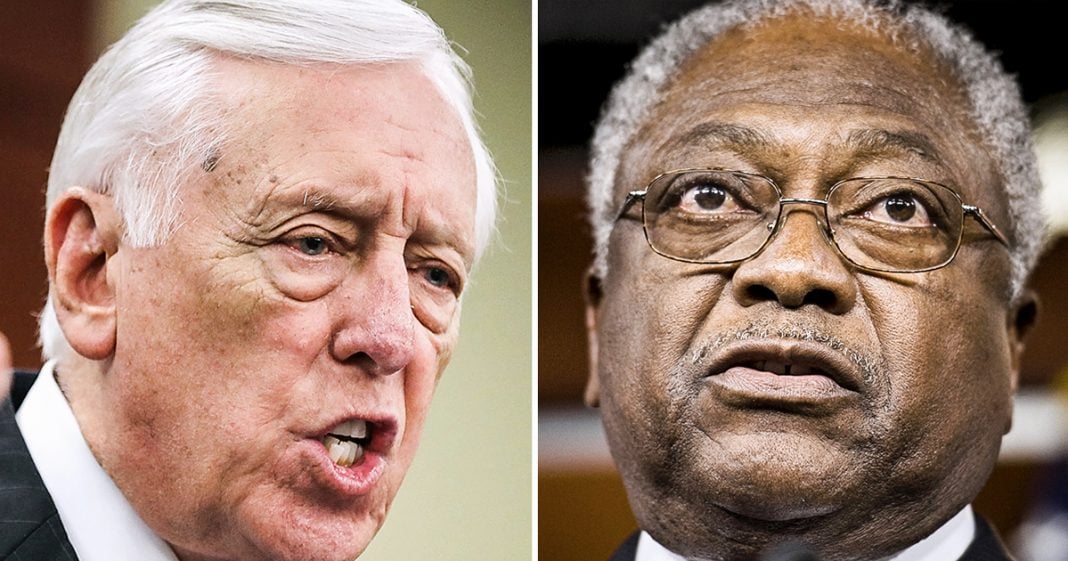 Democratic Representatives Steny Hoyer and James Clyburn have been elected as the second and third rungs on the Democratic leadership ladder in their incoming House majority. The problem is that these two men have, combined, received more than a million dollars from drug companies. This could spell disaster for healthcare reform pushes, as Ring of Fire’s Farron Cousins explains.

According to American voters, or at least more than half of American voters, the cost of prescription drugs and healthcare in general was one of their major concerns when voting in 2018. And for those people who’ve got some unfortunate news, uh, the top three Democrats and the top Republican who are now going to be running the US House of Representatives when the new Congress convenes a, they’ve all taken more than a million dollars a piece from pharmaceutical industry, pharmaceutical super pacs and pharmaceutical employees. Here’s what’s going on. First and foremost, obviously Nancy Pelosi was elected the new speaker in the last 10 years. She has taken more than $2,000,000 from drug companies. Steny hoyer is going to be the democratic majority leader, and he has received since 2016 more than $1,000,000 from drug companies. I’m James Clyburn, South Carolina majority whip. He has also taken over $1,000,000 in the last two years. On the Republican side, you have Kevin Mccarthy who is also taken a couple million from drug companies.

So here’s what we’re looking at right now. The cost of prescription drugs or something that effect every American from every walk of life. We know for a fact reports have shown that there are people in this country who have to forego medication because they cannot afford it and other things. They have to have to live like food and shelter and clothing, so they make these difficult choices. Most people in this country want prescription drug prices down. The only people who don’t are the ones who actually work for the drug companies and profit off of this price gouging, but when you have the four top leaders, three of them Democrats in this new House of Representatives who’ve taken over a million dollars from drug companies just in the last couple of years here. That presents a very real problem and it’s something I’ve been talking about for years now. Drug companies, pharmaceutical companies, healthcare companies, insurance companies, they always hedged their bets in terms of buying off politicians.

Sometimes they give more to Democrats. Sometimes they give more to Republicans, but they’ve got enough money to spread it around that they can by both parties evenly so that it doesn’t matter who wins, they’ve already paid them off. If Republicans had won the midterms, well, pharmaceutical companies have given them enough money. They’re fine, but they’ve done the same thing with Democrats for years. In the last 10 years, I think we’re looking at $85,000,000 spent by drug companies on both lobbying and direct campaign contributions to politicians. Eighty $5,000,000. Do you know what that $85,000,000 buys? It buys higher prescription drug prices. It buys a lack of liability when their pills go out there and kill consumers. They don’t have to pay a price for that other than the civil lawsuits, which only amount to a very small fraction of the profits they made off of those deadly pills, and now the four top people in the US House of Representatives at a time when Americans are clamoring for lower prescription drug prices, those four top people, three of them Democrats are squarely in the pocket of Big Pharma.