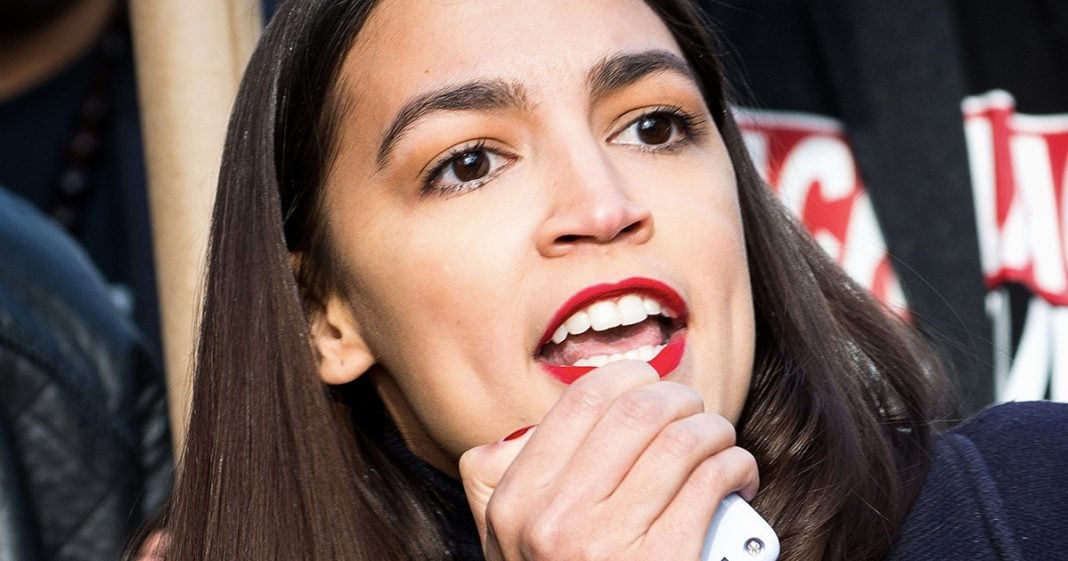 Alexandria Ocasio-Cortez is once again shaking things up in DC in a good way, this time by telling the public how great and inexpensive the healthcare plans that members of Congress enjoy really are. At the same time, she points out the hypocrisy of these lawmakers for denying Medicare for All, or really any major healthcare reforms, to American citizens, even though they get insurance cheaper than most Americans. Ring of Fire’s Farron Cousins discusses this.

Newly elected representative Alexandria Ocasio-Cortez is once again shaking things up in dc before ever even being sworn in. And as usual, she’s shaking things up in a good way. This past Saturday, she tweeted out how insane it is that the health insurance plans that she now has to choose from as a, uh, you know, representative elect are half as expensive as the one that she had the by when she was working as a server and bartender congress, according to what Alexandria Ocasio-Cortez tweeted out, is paying about half as much for their wonderful health insurance plans than average working American citizens. Now. It’s not just that they get to pay half as much for even better coverage. She pointed out the fact that the same people enjoying these ridiculously low cost healthcare plans are the same people who are fighting against things like Medicare for all.

And that’s something that we have suspected for a very long time. Obviously we know that members of Congress have very nice healthcare plans, but to see it, to have somebody from the inside actually tell us, holy crap, look at this. Look how bad it is, look how skewed the system is that something new and that’s something that we have desperately needed as a public. These are things that we should know about. If these politicians are out there telling us that they’re not going to address the issue of prescription drug prices. If they’re not going to address medicare for all, which now 70 percent of the entire public once then yeah, we need to know how much they’re paying for health insurance. Are they paying the same as us? Are they paying more? No, they’re paying about half as much as the rest of the public has to pay.

That is absolute and utter insanity, but Ocasio-Cortez is doing things beautifully right now and I love what she is doing. Being an outsider, being a non establishment person and being an honest human being, she is going there and she is telling us these kinds of things that we should have known. Years ago had we had members of Congress with the fortitude to tell us. She understands that the public, that transparency for the public is vital to this country and to our institutions. So she is going there, she is shaking things up, she is telling us the truth and she is doing what we have been longing for politicians to do for decades now. And remember, she hasn’t even been sworn into office yet and if she’s able to shake things up this much before she actually takes office, just imagine what she is going to be able to accomplish. Come January.