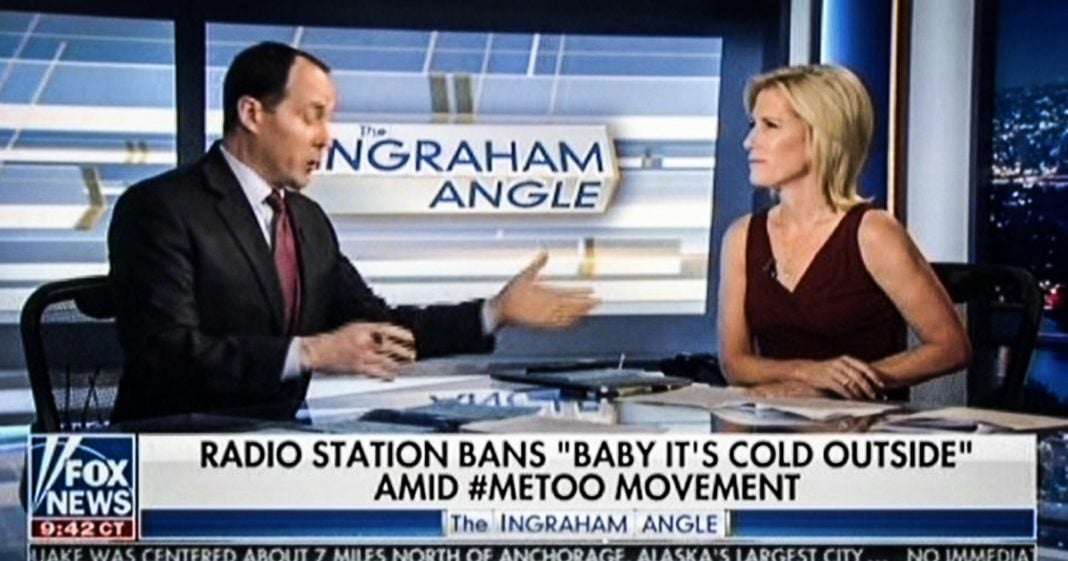 The War on Christmas has officially begun, and Fox News is fighting on the front lines. They spent a good portion of their airtime on Friday talking about how horrible it is that a single radio station in Ohio has banned the song “Baby It’s Cold Outside” because of the controversial lyrics. Fox believes this is a direct attack on Christmas and they ignored major news breaking that day in order to talk about it around the clock. Ring of Fire’s Farron Cousins discusses this.

Obviously there was a lot of big news last week we had Michael Cohen officially flipping, saying that he had lied to Congress. We had the massive story from the Miami Herald, a talking about Jeff Epstein, a good friend of both Donald Trump and Bill Clinton. We had Donald Trump heading down to the G20 summit and making a complete ass of himself. Every time he tried to walk off stage because he didn’t know what the hell he was doing. We had the story of the $50,000,000 penthouse. They wanted to give the Vladimir Putin. So what did Fox News spend Friday talking about their favorite topic in the world, the war on Christmas. You know, Fox News hosts have become basically the front line in this war, one of the only war that they’re actually willing to go out there and fight on behalf of the American public, but on Friday, again, this is at the end of this Newsweek and massive Newsweek, huge big things happening.

They spent most of their day bitching about the fact that a single radio station in Ohio had banned the song baby. It’s cold outside and for the people at Fox News, that was the, that was the opening shots fired in this year’s war on Christmas. Now, the reason this song was banned by this radio station is because if you’ve never heard the song, the original version, some of the newer ones have kind of changed it up a little bit to not be so misogynistic and a rapey. Uh, the old one is very much a woman saying, no, no, no. But the dude saying, yeah, I don’t care. You guys stay here. Have a drink. The woman’s like, what’s in this drink? As if he may have have drugged it. Yeah. It’s a pretty mad message to be sending out to the public, especially at Christmas time and Fox News is and having it.

I look at these pictures all day long talking about one single radio station in the state of Ohio banning this rapey song. There really is no other way to explain that song to describe it. Rapey is quite accurate there, but again, Fox News can’t address the real issues out there in the world. They can’t talk about Michael Cohen Flipping. They can’t talk about all the legal problems facing Donald Trump. The real estate deals with Ivanka and Don Jr, the charity fraud of Eric. They can’t talk about things that actually matter, that have real world consequences, so they focus all their energy, all their hate, trying to get their idiotic base drummed up and ready to go fight in this war on Christmas that Fox News has created in their own delusional minds.