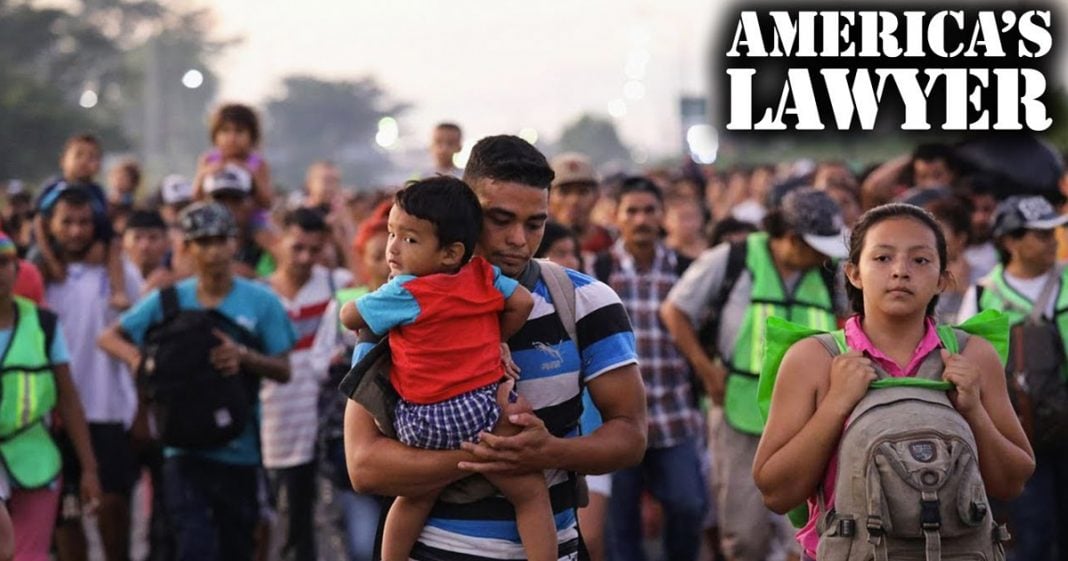 Via America’s Lawyer: A federal judge last week ruled that President Trump does not have the authority to ban asylum seekers from entering the United States. Farron Cousins explains the case.

And finally, tonight, some good news. A federal judge last week ruled that President Trump does not have the authority to ban asylum seekers from entering the United States. Judge Jon S. Tigar ruled that the president could not override an act of Congress, which is where the asylum rule actually came from. No fewer than three times in the last 70 years, Congress has passed and presidents have signed into law, bills that require the US to accept refugees seeking asylum into our country. The President of the United States does not have the authority to override an act of Congress, but they do have the power to limit the number of refugees that we take in.

This ruling is going to set up a major legal showdown that could have a major impact on the future of the United States. Should the case be appealed, which the administration is likely going to do, it could end up in the hands of the conservative Supreme Court. If they ruled that a president can override an act of Congress, the office of the presidency would become more powerful than ever throwing the entire system of checks and balances out the window. Judge Tigar understood what this case was about, much more than immigration, so let’s hope that the appellate courts understand that too.