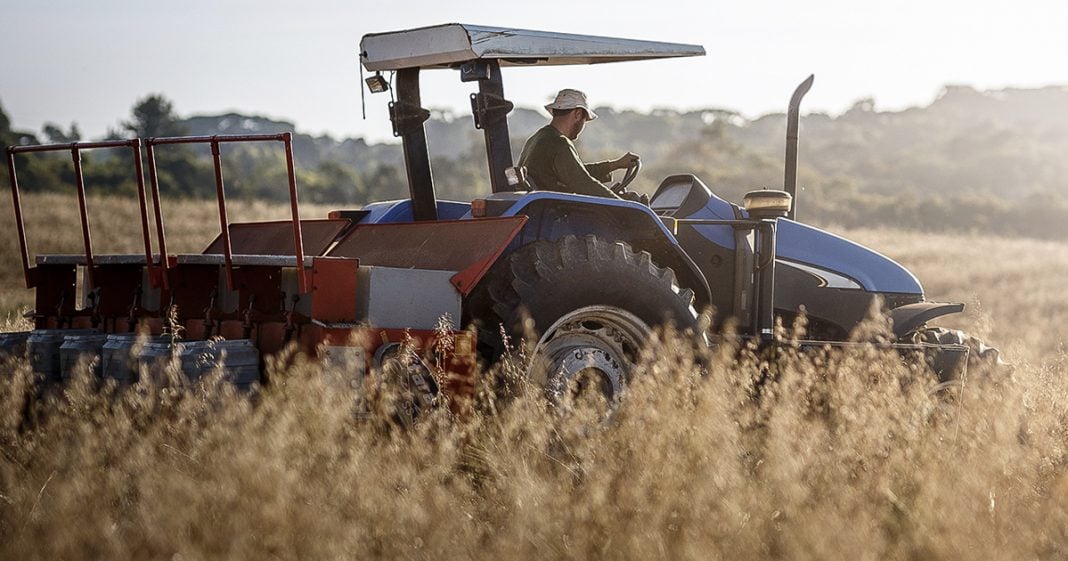 The trade wars enacted by Donald Trump have brought zero benefits to the United States, and things are only getting worse. The number of bankruptcies among farmers in the United States is skyrocketing thanks to the decrease in crop exports that the trade war has brought, and that number is likely to continue climbing as long as these tariffs are in place. Ring of Fire’s Farron Cousins explains what this means for the US economy and the future of Trump’s presidency.

According to a new report, the number of farmers that have filed for bankruptcy just this year has more than doubled from what it was four years ago, so far. 84 small farms here in the United States, all located in the midwest have filed for bankruptcy and it’s all because of Donald Trump’s seemingly endless trade wars. See what’s happening right now is that these trade wars are absolutely killing farming exports. Majority of these 84 farmers that have filed for bankruptcy actually live in Wisconsin. These are Wisconsin farms. You have others in Minnesota, Montana, Montana, excuse me, north and South Dakota, but Wisconsin is the largest concentration there. These are all states that voted for Donald Trump. These are all at the moment, red states that helped put Trump in office. These are red county voters. They understand that the trade wars, what has cost them, their jobs, and I have seen a lot of people, especially with the GM closer, you know, you’ve seen a lot of people online.

Uh, some stories come out saying there’s no sympathy for these people. They voted for Trump. He screwed them over with the trade war. Now they’ve lost their job. Part of me feels that way. Part of me says, you knew this was coming. You voted for the idiot. Anyway, I’m running out of sympathy, but the other part of me cannot just say, well, screw it. You deserve this because I am a human being and I do have empathy for these people, and it’s a very tough and sad situation when you look at some of these farmers who are sixth or seventh generation farmers been doing this, you know, back to their great, great, great grandparents and now they’ve lost everything because one idiot sitting in the White House making these horrible trade policies, putting these tariffs in place, $300, billion dollars worth of tariffs on goods and the retaliatory tariffs placed on us by other countries are almost equal to that at this point.

So yes, it’s going to continue hurting small farmers. It’s going to continue hurting the automobile industry and the steel industry and every other industry. The clothing industry here in the United States, we’re going to see massive, massive layoffs. We’re going to see more and more bankruptcies, but to a guy like Donald Trump, a guy who thinks that bankruptcy’s are just part of doing business, which we can see through his business history, he doesn’t care, especially because he’s not the one filing for bankruptcy. The big question is, are these people going to remember with those 15,000 people laid off from gm? Remember that it was Donald Trump’s policies and corporate greed that put them in this position? Are these farmers filing for bankruptcy, losing everything they’ve ever worked for their entire life? Are they going to remember who did this to them or they’re going to continue buying into the we’re still making America great and I have to suffer to help pay the price because that’s not true.

These tariffs, the trade wars didn’t have to happen. This wasn’t an act of Congress. The Senate didn’t do this. It wasn’t a Democrat thing. It was a republican thing. It technically, it was a one Guy Republican thing. Donald Trump, he thinks your suffering is okay. He thinks that you should be the ones paying the price while he makes more and more money off of being president of the United States. There is no end in sight for these trade wars. Donald Trump is a horrible negotiator. He was a horrible businessman and he is in over his head. He doesn’t know how to end it. He’s too narcissistic to admit that he made a mistake, so he’s going to continue to escalate it and continue to fight it while Americans continue to suffer and lose their jobs and lose their livelihoods and thanks to Republicans in Congress lose any hope of getting any kind of government assistance. My only message is that I hope these red county red state voters remember who put them there. It wasn’t the Democrats. All of the ills that are suffering right now were brought upon them for no reason by the Republican Party.