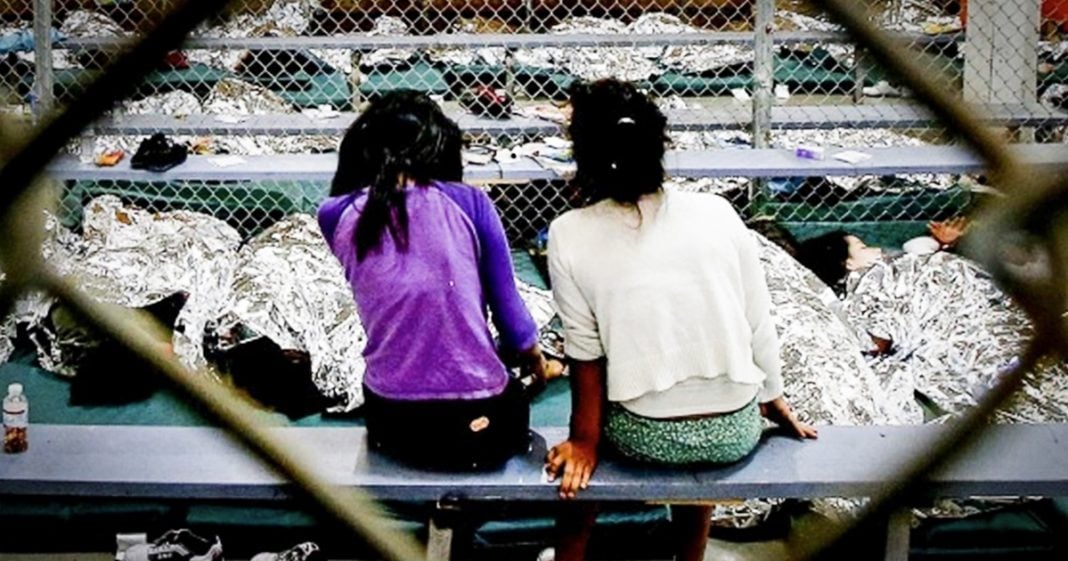 The mother of a toddler who died shortly after leaving a migrant detention center is suing the federal government for $60 million. The child developed a respiratory illness while being detained and was not given any medical care by the detention facility staff. The illness progressed to the point where it couldn’t be stopped and it cost the young child their life. This has to stop, and lawsuits may be the only way to stop it, as Ring of Fire’s Farron Cousins explains.

The mother of a one year old child who died a few weeks after leaving ice custody is now suing the United States for $60,000,000. Here’s the story of what happened. The mother and the child, one year old. We’re in a detention facility in Dilley, Texas. This facility happens to be known for having lackluster medical care, unsanitary conditions. It’s basically a disease breeding ground. The child, while in custody developed a respiratory illness that was not treated. Nobody at the facility care. There was not enough medical staff to treat the a young child. So they leave the detention facilities. Short time later, the respiratory illness has gone, untreated, left to fester, spread. Six weeks later, child dies. Child died from the infection. The illness that came from that detention facility, because nobody treated it. Nobody cared. The woman Yasmin a Juarez is now suing the US government for $60 million. Uh, she’s suing the city of Eloy, Arizona that actually runs the dilly Texas facility for $40 million.

And I hope she gets every single penny of it. So here’s the thing, and this is actually what the lawyers in this case or arguing, when you make the policy to detain these people, you do have a responsibility to care for them. You have to provide them with medical care. You have to provide them with food. You have to provide them with sanitary conditions. Once they come into the United States, they are protected by the United States constitution. Whether or not they are a US citizen, that’s the way it works. Here in the United States. They were denied those constitutional protections. They were denied their basic humanity. These, uh, this, this woman who is now lost her child, she has a very strong case. And even if she does win both of these, that money is not going to make her whole again. And she knows that this isn’t about the money.

More people are getting sick. More people have been sick. Luckily, and I hate to even say this way, but luckily only one person has died because it could have been many more, but for that one woman who’s one year old child is dead. Nothing’s going to make that okay. Nothing is going to make her feel better and the federal government is 100 percent responsible for this and they have to be held accountable in some way and until we’re able to get Democrats in charge, democrats who were fighters in charge, we’re not going to see anyone from this administration or from the detention facility held accountable for it, but that’s what needs to happen once this administration gets out of office. There needs to be investigations, there needs to be prosecutions. People are dying from their policies, and just because they’re not United States citizens doesn’t mean that this administration can’t be held responsible and liable for the deaths that are happening on their watch.