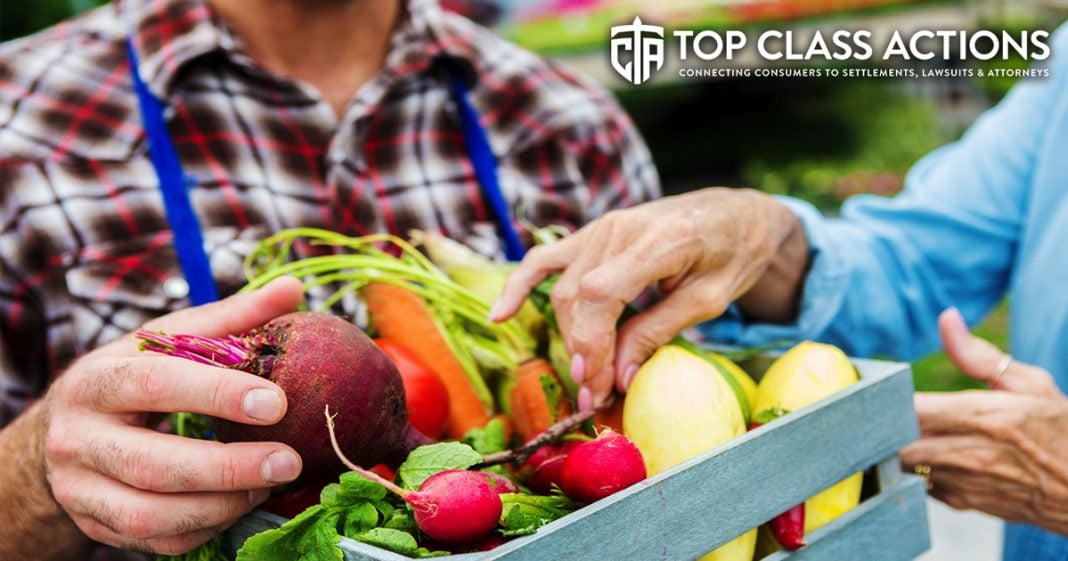 With several massive food recalls underway for salmonella and E. coli contamination, the failure of our regulatory agencies can no longer be ignored. People are dying from these tainted food products and the government agencies charged with keeping us safe are having to play from behind. Ring of Fire’s Farron Cousins talks about these recalls and the failures of our regulators with Scott Hardy from Top Class Actions.

Farron Cousins: Over the last few weeks, we have seen multiple different food recalls here in the United States. We’ve got romaine lettuce, ground turkey, ground beef, cake mixes, whatever it is, we seem to be going through a massive amount of food recalls for containing Salmonella, E. coli, and other harmful bacteria and diseases.

Joining me now to talk about some of these recalls is Scott Hardy from topclassactions.com. Scott, we’re in the time of year right now where getting together with lots of people, eating lots and lots of food, is kind of what’s going to be happening for the next month or so right now. What an awful time to have so much of our food, the food supply contaminated with things like Salmonella and E. coli. Especially we just came off Thanksgiving a week ago. This, this is really bad for American consumers, isn’t it?

Scott Hardy: Yes, it is. And it’s, it’s funny, as I’m sure you’ve seen on Facebook the running joke of, oh my gosh, now I can’t even eat romaine lettuce, but at least my cake won’t give me E. coli, so I’m just going to have to stick to a pie and sweet treats this Christmas vacation and Hanukkah rather than risk eating anything that’s meat related. You know, we’ve, we’ve had romaine lettuce that’s come out. We had Jenny-O ground turkey that says that could have E. coli And Salmonella. We had beef that says that it could have E. Coli, Salmonella.

You know, these meat processing facilities are having major issues in trying to, you know, give us a product that, that we could actually eat safely. And it is quite scary that we’re seeing these recalls at least once a week right now. And it’s nice that the FDA is on top of things and finding these problems and getting it recalled. But you have to wonder, especially when we’re seeing these massive recalls of hundreds of thousands of pounds of meat products is how many more out there that haven’t been recalled yet.

And what exactly is causing this contamination? Why aren’t the meat packers and meat processors actually tracking it down so that this holiday season, we don’t have to worry about getting stuck in the bathroom from Salmonella or worse having to go to the hospital and having major problems because it can land you in the hospital.

Farron Cousins: Right, and so far I believe one woman out in California has actually died as a result of this contaminated meat. And here’s the thing, I actually learned this not long before you and I sat down here. The industry, the meat industry specifically when you’re talking about the ground turkey and the ground beef, they have saved $12 million dollars because this administration that we have in power today rolled back some of the safety regulations so that companies could save $12 million.

So they didn’t have to test all the food. They didn’t have to properly wash equipment. So saving $12 million is what has helped to put us in this situation today. People need to understand one simple fact about the US government and that is, regulations save lives. When we cut those regulations, we the people do not benefit one bit from it. We haven’t saved money on our meat since they cut these regulations like they told us it would. They haven’t created new jobs from cutting these regulations. The only thing that’s changed is that we have deadlier food and corporations. The meat packing corporations have an additional $12 million in the bank right now.

Scott Hardy: Right, and it’s, as you mentioned, a woman’s already died because of this contamination. And $12 million might go ahead and give a penny or two to a stock price for these corporations and help the top executives, but they don’t help the average consumer who’s actually consuming these products and even if they’re following instructions could still get sick. So it’s really disheartening and sad that the Almighty dollar is causing these companies to try to shave off a few bucks, save some money, but it’s hurting consumers. It’s making people get sick. It’s helping cause these massive recalls when in fact they could just go ahead and keep on testing. My gosh, clean your equipment more often and we might not see these kinds of recalls and Salmonella outbreaks like we are.

Farron Cousins: Right, and you know, corporations are so happy to save that $12 million, but how much of a hit are they going to take now that people are afraid to buy ground turkey and rightfully so. Afraid to buy ground beef and rightfully so. I mean afraid to buy romaine lettuce or cake mixes from Duncan Hines, I believe it was that had them a recalled. They’re going to lose so much more money than they saved just because they wanted to take the shortcuts and that’s what we always see with these corporations.

Scott Hardy: Yeah, and when you’re looking at these lawsuits that are being filed, and I know there’s another beef recall which just happened today, don’t even have the data in front of me yet, I just saw it right before we went live and we’re seeing more and more of these recalls for us. You mentioned everything from the Duncan Hines cake mix from months ago to the romaine lettuce now to the ground turkey and ground beef when the government should be adding additional regulations, not cutting them.

These are things that the corporations may say it’s going to cause price increases, but as you stated, the Trump administration has gone ahead and cut back on regulation for the meat industry. It may have cost this woman in her life. It only saved $12 million and for a billion dollar company, $12 million is a drop in the bucket, but a person’s life is worth much more than that.

And frankly for me, I want my family to be safe, so add more regulations to make sure that the meat and the products that me and my family are consuming is safe. Double check it, triple check it, make sure that that equipment has to be cleaned, do what you have to do to keep us safe. That’s what we require and depend on the government to do. Don’t start rolling back these controls which can make us sick.

Farron Cousins: Right, and a lot of people, you know, they could get Salmonella or they could get E. coli, they’re going to have a very bad couple of days, but they’re going to walk away just fine. This is not, you know, a massive death sentence or hospital stay for the average person out there. But if you take a child, an elderly citizen or anyone with a weakened immune system of any kind and suddenly you’re looking at a life threatening condition because you decided to have a taco night or because you decided to have burgers. That shouldn’t be a death sentence for anyone in this country and unfortunately I’m afraid that’s where we are today with the lack of proper regulations with these industries.

Scott Hardy: Yeah, it’s sad and I’m hoping that we can see that the administration will stop cutting these rules which are hurting their constituents. They’re hurting people out there and start leaning on these corporations to take better care and make sure and enforce it because while they’re cutting these regulations, while they’re laying off employees, that should be doing more tests because I know that the FDA is actually understaffed for enforcement of these regulations. We need to be taking care of the American people and making sure that what they’re eating, what they’re consuming is safe.

Farron Cousins: Absolutely. There are several links in the description of this video. You go to topclassactions.com through those links, they have full lists of some of the items that have already been recalled. As Scott has mentioned, those are going to be updated as more and more different products get recalled, but please check out those links. Make sure you do not have any of those products in your home, and if you do dispose of them immediately. Scott Hardy, topclassactions.com. Thank you very much for talking with us here.

Scott Hardy: Thanks for your time. I appreciate it.