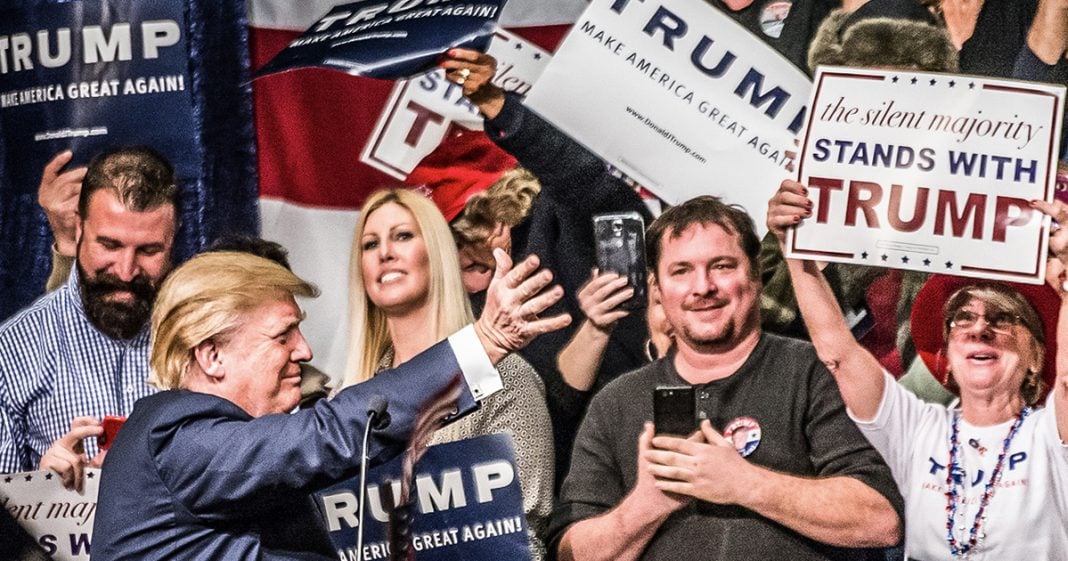 According to data from Pew, 58% of Republicans believe that higher education is bad for America and puts us on the wrong path. To put it another way – a majority of Republicans think that education is a bad thing. This explains a lot about the Republican Party because without uneducated voters, the only people left supporting the GOP would be a handful of millionaires and billionaires. Ring of Fire’s Farron Cousins discusses this.

According to a poll by the Pew Research Center, Fifty eight percent of Republicans and Republican leaning people in the United States, 58 percent believe that higher education is bad for the United States. A majority of Republicans think that education is a bad thing and it actually hurts the direction that this country is going. It puts us in a wrong direction. Education is putting us on the wrong path. According to this poll from Pew, look, I, I, we’ve seen crazy polls come out in the past. We have seen a majority of people think they’re going to win the lottery. I think the number on that, it’s like 70 percent this. This is absolute and utter insanity, but it also helps explain why Republicans keep on winning elections. If you have nearly 60 percent of Republicans in this country who think education is bad and evil and it’s liberal indoctrination and it’s wrong for the country, then yeah, it’s no wonder why these idiots keep voting against their own self interest.

They put a racist in the White House who’s packed his cabinet, filled with other racists, and they think this is the right direction for this country. Maybe they need to go to college. Maybe they need higher education. Maybe they should go to an accredited college for those that did go, but this is insanity folks. We have almost 60 percent of Republicans who think education is bad. Education is the only thing that can save the United States from what we’re becoming. Those with college educations are far less likely to hold any kind of racist views is not to say that there aren’t some, but they on average hold less racist views. There are more open to others, other religions, other races, other cultures, other everything. They’re more likely to have a better job. They’re more likely to have a stable financial future and how when you look at people who go to college, they have a better chance of making an impact on the world.

Today. We need scientists out there. We need engineers to help repair our crumbling infrastructure. Not going to college is not going to help either of those problems and I know there’s lots of people out there love to point out that will, uh, you know, uh, uh, Steve Jobs and go to college liquid what he did. That’s great. The reason people talk about that is because it is so astonishingly rare. Yeah. There’s quite a few billionaires in the United States that never went to college, but that is not a majority. I mean, it’s literally a handful or two, that’s it. But Republicans, according to this poll view, colleges as areas of liberal indoctrination, liberal indoctrination, all they’re doing is getting an education. All they’re doing is learning about our country and the world around us and how things are supposed to work. They’re learning about science, advanced sciences. They’re learning about the constitution.

They’re reading literature. If that makes them more liberal, it’s not the fault of these liberal professors. It’s because their eyes have been opened a little bit wider than they were in the, you know, area where they grew up with their parents and their single minded worldview. They experienced other cultures on college campuses. They make new friends, they get outside of their comfort zones. That’s what college is supposed to be about, but Republicans hate it because it makes people smarter and it’s not just the Republican voters, Republican politicians. That’s why they’ve got this major attack on education throughout the United States because if people in this country fully understood how horrible the Republicans are, how pro corporate they are, how anti-consumer they are, they would never vote for them again. And if we had more people going to college, if we had universal college, then the only people left to be the Republican base would be a handful of millionaires and billionaires because all of those uneducated voters would become educated and it’s a lot less likely that once they find out what’s going on that they’re still going to support this disgusting Republican Party that we have today.