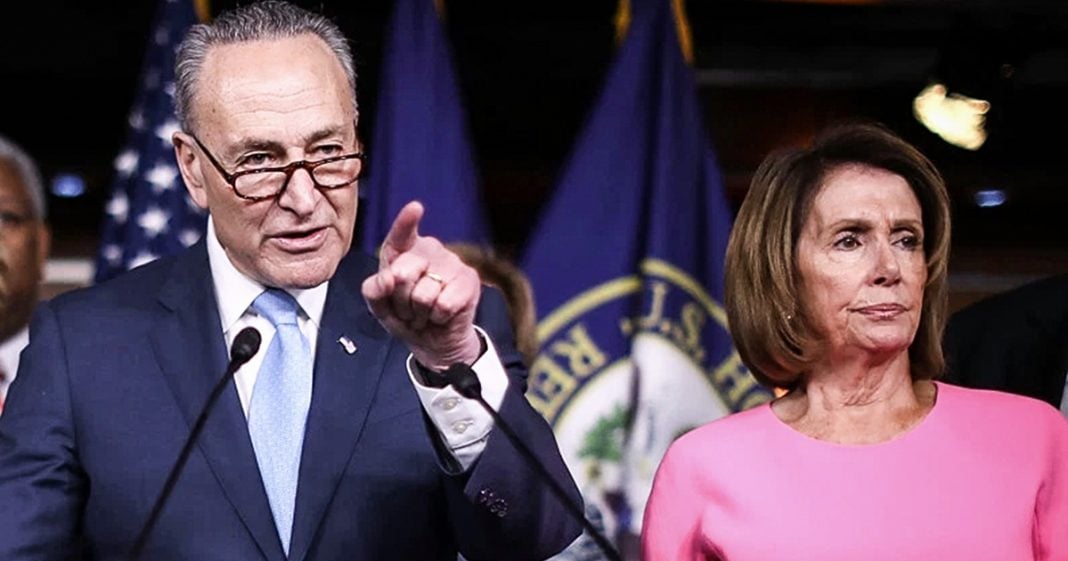 Senior Democrats in the US House of Representatives are already trying to walk back their pledge to aggressively investigate the Trump administration, and Trump, personally, when they retake the majority in the House this coming January. Instead, they’ve said that they will have accountability, but they will focus more on policy than investigations. Ring of Fire’s Farron Cousins explains why this is the smartest move the Democrats could make.

According to a recent report by Royders, uh, several senior Democrats in the US House of Representatives are kind of backing off from their pledge that they’re going to investigate Donald Trump aggressively when they retake the House of Representatives in January. Now case you haven’t been paying attention. The Trump administration, the Republican party, they’ve all been worried for months that if the Democrats get back the house and they get back that subpoena power, it’s just going to be nothing but subpoenas. Nothing been investigations into Donald Trump and we’re going to find out all of his dirty little secrets. A lot of the American public likes that idea. I like that idea, but at the same time, I understand that that is not a feasible electoral strategy for the Democratic Party. And thankfully the Democrats are understanding that as well. Their decision, if Reuters is to be believed, if their story is accurate here, their decision to not go after Donald Trump for every little thing is a good decision.

And here’s why. Everybody knows Donald Trump’s a horrible person. The people in this country who believes that he is corrupt will not have their minds changed. We know he is corrupt, we’ve seen enough evidence to show he’s corrupt. The people who don’t think he’s corrupt, there is nothing that could happen, no result from any investigation that is going to change their mind. So if the Democrats did spend the next two years subpoenaing the president, launching investigations, and even getting dirt on the man is not going to change anybody’s minds. We all already have our opinions and our beliefs and you’re not going to change that. You’re not going to get the people who are a part of the MAGA cults to suddenly turn against Donald Trump because you found out he was evading his taxes for years. They’ll probably say, hell yeah, taxation is theft.

That’s not going to win you any votes. But if you go to the public and you say, listen, we had this bill right here to lower prescription drug prices. We had this bill to cancel student loan debt. We had this bill to address climate change. They voted it down. He wouldn’t sign it into law. That’s where you win. You win on policy. You’re not going to win on character. Everybody knows Trump sucks. Everybody hates Trump. We get it. You want to win elections? You focus on policy. We just saw at work in the midterms and the senior Democrats who are watching all these newcomers shake things up and get things done before they’re even sworn in there. Taking note too, we have already helped shift the Democratic Party a little bit more to the left and these new members haven’t even been sworn in yet. That is the best thing and that is one of the reasons I still have a little bit of hope for the Democratic Party. They are moving to the left. They’re doing what they’re supposed to ignore the investigations. Ignore the noise of Donald Trump. Focus on policy. Take it back to the people and show them that you’re actually working for them.