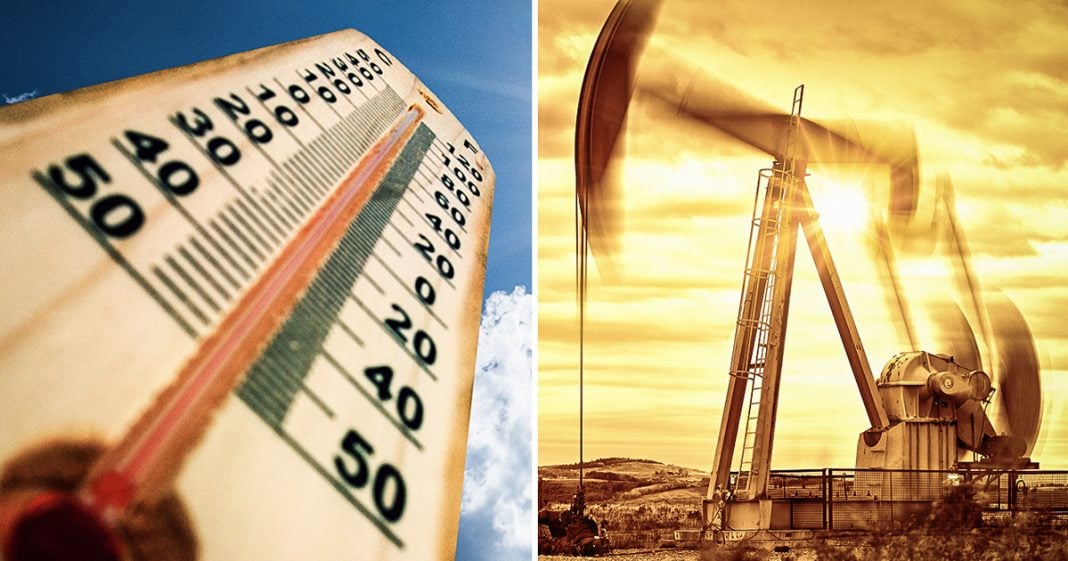 The migrant caravan at the US-Mexico border is an issue that our elected leaders still haven’t figured out how to handle. But if they think its bad now, just wait until the effects of climate change start hitting even harder. We will be facing massive waves of potentially hundreds of thousands of refugees, and we’re a large part of the reason the problem is so bad. By ignoring warnings for decades, we failed to lead the world with solutions, and instead stayed the largest polluter for years. Ring of Fire’s Farron Cousins explains how we created this disaster and now we’re turning our backs on the victims.

If you think the issue of maybe a few thousand or even a few hundred migrants at our southern border is a major problem, then I’ve got some really bad news for you. That migrant caravan that came up from Guatemala and Honduras and trekked thousands of miles up to our border, a large part of the reason those people had to flee their current countries was because of climate change. A new report published in common dreams and you can find a link to it in the description of this video talks about the fact that because of climate change, refugees from other countries and a couple million actually from the Central America region are being displaced because of things like droughts, crop failures, storms and other climate related ills. And here’s the kicker. While we’re all freaking out about the caravan, or at least the Republicans are the United States for many years, for decades was the biggest polluter on the planet and we knew climate change existed.

We just had politicians that refuse to believe that or refuse to do anything about it. So we let the problem get worse. We let the situation, the circumstances in these other countries closer to the equator, we let it get this way and then when we suddenly have to deal with the repercussions of that, we shut down our borders, we turn it off, we deny them asylum for fleeing the conditions which we, the United States helped to create, not just through climate change, but from our destabilization efforts in south and Central America. You know the sanctions we put on these countries. We’re the reason things suck so bad down there and it’s not just south and Central America. It’s happening in Africa. It’s happening in Asia. Pretty soon it’s going to be happening in Europe all over the world. This problem of climate refugees is going to get worse between the years 2008 and 2015.

Show me that those aren’t real because I guarantee you you’re not gonna find a climate denier among that bunch. They understand what’s happening because they live it here in the United States, a little bit north of the equator further north and those folks were. We haven’t necessarily seen the horrid consequences of climate change just yet. Oh, we’ve seen some bad things. We’ve seen a lot of it storms and fires and floods and droughts and crop failures, but nowhere near to the extremes that the people closer to the border are experiencing, but it won’t be long before those problems make their way to our borders, make their way to our fields and our farms and our forests. The effects of climate change. They are happening in the United States, but we’re about to start experiencing some of the worst effects of it, the same effects that we’ve been ignoring around the planet for years and now that these people are trying to flee those areas go to a place that’s actually habitable. We’re shutting down our borders, locking out asylum seekers and saying, sorry, I know we created these massive humanitarian problems. We just don’t care enough to do anything about it.