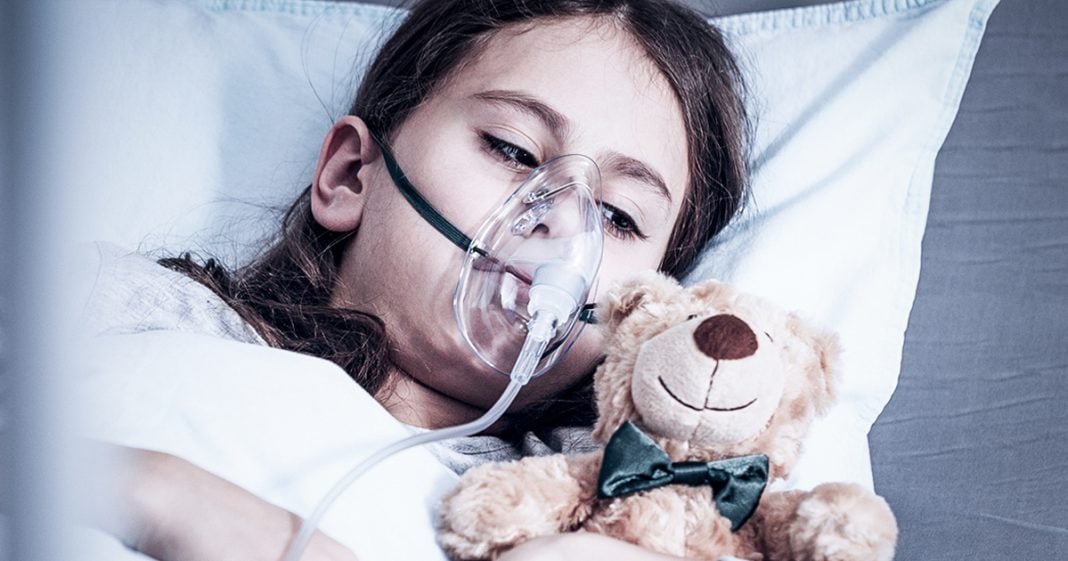 The number of uninsured Americans is on the rise for the first time in a decade, with Texas leading the country in the number of children living without health insurance. Overall, adults are holding slightly steady with marginal dips, but the number of children without health insurance has risen by over half a million in the last year. Ring of Fire’s Farron Cousins discusses this and the possible solutions to this growing crisis.

If you want to know how bad things have gotten under Republican rule than take a look at this number two hundred and seventy six thousand two hundred and seventy six thousand is the number of children who last year lost their health insurance coverage between 2016 and 2017. The number of children in the United States who were not insured rose by 276,000. So after years of trying to repeal the affordable care act and taking out several of the most vital components of it, uh, specifically the, uh, tax where if you didn’t have insurance, you had to pay an additional tax. We took away that. So now people do not face any penalties for not having health insurance, not covering themselves and their families. So people drop their insurance, they don’t want to pay for it anymore. Hell, I’m healthy enough, right? God forbid I break my arm or my kid, you know, fall off a bike and need to go into, have a cast put on or have stitches or something like that.

That’s never gonna happen, right? Bad things don’t happen. But that’s the mentality of these people now, most of these newly uninsured children are not just from the parents who said, oh, screw it, I’m not paying insurance anymore. These are kids who’ve lost insurance because of cuts to medicaid cuts to the children’s health insurance program and their parents losing jobs, losing their health insurance coverage, or being unable to afford having health insurance coverage if they have to buy it on their own. But we’re looking at a real crisis here. The number of uninsured children in the United States had not risen in a decade that number had been going down, but after just one full year of Republicans controlling every aspect of the federal government, that number jumped by over a quarter of a million children and according to analysts, that number is going to continue to go up. As long as the Republicans have their way.

More and more people in this country are going to become uninsured and what’s that going to do? What’s going to happen when insurance companies are taking in less, they’re going to charge us more. That’s what happens. They want to recoup profits. They don’t want to see their profits dip in any way, so every time 100 or 200 or 300,000 people lose their health insurance, our rates tick up a couple bucks. That’s what happens, but what’s even worse is what happens to these people without insurance who can’t afford to go to the doctors. They can’t afford well visits, they can’t afford immunizations. We see more and more outbreaks of diseases. We see children in this country dying of things that were 100 percent preventable and curable, but they couldn’t afford to go to a doctor. That’s what you get under a Republican government and yes, this is a problem that is squarely on the feet of the Republican Party.

Let me tell you where the highest number of uninsured children is in the United States. The state of Texas, you know? Is that a liberal bastion? No, that is a hard right, horrid Republican hell hole because that’s what they’ve wanted it to become. That’s what they wanted and that’s what they created and that’s where we have more and more children suffering in the United States because Republicans don’t give a damn about you, and if there’s only one message that you take from any of the work we’ve ever done on ring of fire, let that be it. Republicans, if you are not in the top one percent, do not care if you live or die.