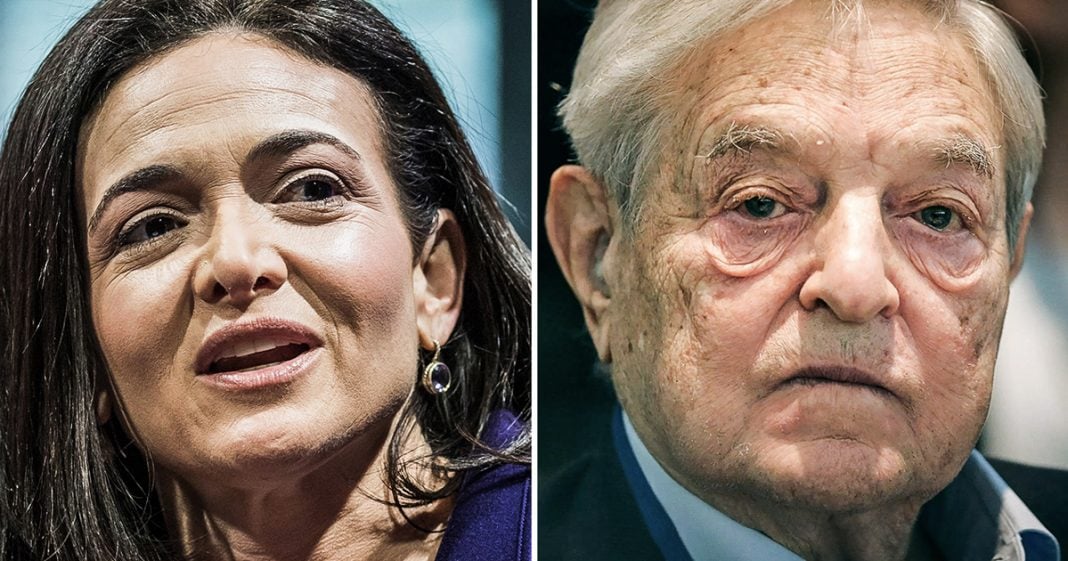 Facebook’s Chief Operating Officer Sheryl Sandberg insisted recently that she was not involved in the decision by a contracted opposition firm to dig up dirt on George Soros, but newly uncovered emails from Sandberg reveal that she actually ordered her own staff to get dirt on the man who has become the villain of every conservative story. Ring of Fire’s Farron Cousins explains what this means for Facebook and for Sandberg’s future at the company.

With every new story that comes out, we’re finding more and more evidence to show that Facebook really is an organization that is run by absolute and complete scumbags. A new report this week from Buzzfeed shows that COO of Facebook, Sheryl Sandberg, was actually the person who directed employees, staffers, and the independent contractors to dig up dirt on George Soros because Soros had the audacity to call out Facebook for being a horrible company this past January. Sheryl Sandberg, Chief Operating Officer of Facebook, who not long ago denied any involvement in any of the opposition research or attacks on George Soros has now been revealed by Buzzfeed. According to emails from Facebook that Facebook has authenticated, she is the one who in those emails directed people to dig up dirt on George Soros. So now here’s what we know. We know that Sandberg lied. We know that she lied when she said she was not involved in any of the opposition research or the direction of such research with regards to George Soros.

That was a lie. Her own emails prove it. She not only was involved, she was the one who ordered it. She ordered staffers to go out there and dig up dirt on George Soros to play into the right wing’s hand of their conspiracy theories that George Soros is funding everything bad in the United States. None of that was true, but Sandberg bought it and then ordered staff to go after Soros. Now, part of the issue with Facebook obviously is the fact that they did little to nothing and just ignored the problem of the, uh, so called election interference, which I have a problem with that. Okay. What happened? And this is what we know happened, um, you had other countries like Russia, they bought some ads on Facebook to spread some memes. I’m sorry, but I don’t buy that as election interference. Is it underhanded and dirty? Probably. Is that election interference?

No. We need to grow up a little bit more as a country. If we think that somebody’s putting a meme on Facebook is interfering with an election, we need to take a better look at ourselves as a country. Figure out why we’re so damn stupid that we would be influenced by a meme on Facebook. What I do have a problem with for Facebook, one is them not doing anything about it and not realizing that this was an issue and more importantly the fact that they can’t seem to keep our data secure. Tens of millions of Facebook users just here in the United States this year have had their personal data leaked out by the company because they’re just so damn bad at cyber security. The company is being sued, left and right for discrimination, mostly with regards to the job postings they allowed on their site and they’re selling your personal data using that for advertisers to come target you specifically whether or not you agreed to allow them to do it.