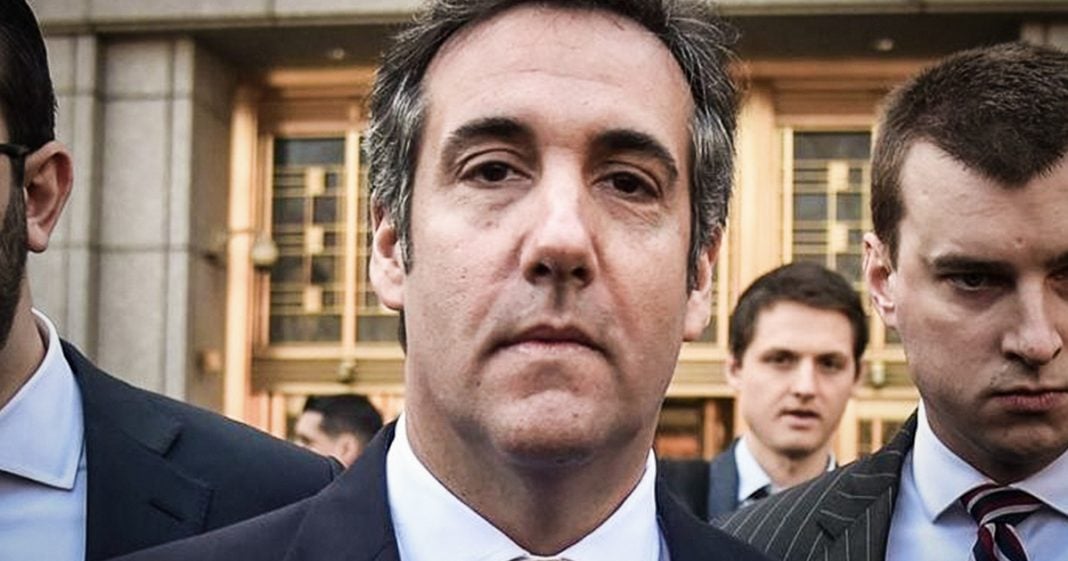 According to George Stephanopoulos from ABC News, Donald Trump’s former fixer/lawyer Michael Cohen has reached a plea deal with special prosecutor Robert Mueller. If true, this could signal the beginning of the end of this investigation and possibly even the Trump presidency (though its unlikely that Republicans in the Senate would vote convict Trump and removing him from office.) Ring of Fire’s Farron Cousins discusses these new developments.

Donald Trump’s former lawyer slash fixer Michael Cohen has reportedly agreed to a plea deal with special prosecutor Robert Mueller. As part of that plea deal, Michael Cohen is going to plead guilty to lying to Congress as part of their investigation and his past testimony, and in exchange he is going to fully cooperate with the Mueller probe and give them everything that they ask for. This is not the first deal. The Cohen is made. There’s been reports for several months. That Cohen is also working with prosecutors in the state of New York. They’re looking at all kinds of things, tax fraud, charitable fraud, a business dealings, all kinds of things that Trump and his associates were involved in, but now after months of speculation, Cohen has agreed to this plea deal with Robert Muller. Here’s why this is important, and this also helps explain a little bit why Donald Trump’s been freaking out about the probe for the last few days.

Cohen knows everything. There is nothing that happened in Donald Trump’s life while Cohen was involved that Cohen didn’t know about. That’s why he was the fixer. He’s the one who helped arrange the payment to stormy Daniels. He’s the one who knew about the meeting that took place in Trump tower. He knows about Donald Trump’s finances. He knows where the money comes from. He knows where the money goes, and he is one of the guys who helped make sure nobody else knew about it. Cohen is the guy and now Miller’s got him cooperating. Now before we go ahead and pop the champagne corks at this point, let’s take a minute to realize that Cohen could end up being another. You know, Manafort, perhaps a Papadopoulos, somebody who is not exactly going to be completely truthful with Robert Muller. Maybe he’s going to give information that’s important. Maybe he’s just going to try to sidestep it and give information that points away from Donald Trump.

Again, we’re not going to know anything until we get that final report or until we get some kind of report from this investigation, but assuming Cohen is going to fully cooperate and give her everything he wants and not lie about anything, then this not only should be the beginning of the end of the solar probe, but it should also possibly be the beginning of the end of the Trump administration. Not that Republicans in the Senate would ever vote to convict him if it did come to impeachment, but it would make his life a living hell. Trying to run for president again in 20 slash 20, especially with some Republicans out there chattering about possibly primary in him for the 2020 election. If this Cohen arrangement works out as we hope it will, this will be in one way or another, the beginning of the end of the Trump presidency.

Assuming they go to impeachment after this final report. You know, if we get the information we need and we can link Trump to a crime, whether it’s tax evasion, tax fraud, perjury, obstruction of justice, or possibly even the big collusion, which is going to be the hardest thing to prove any one of those other things that was going to make it very hard for this man to run for president. Again, especially like I mentioned, when you have Republican challengers who really want to jump in there and primary him, but they’re a little afraid to do so. Public is going to be a lot more willing to go ahead and support a Republican primary challenger. If they understand that Donald Trump could face impeachment and removal from office. It’s not going to sit too well with the public at that point. So that’s why I think this could be the beginning of the end.

I don’t think the guy is going to be removed from office because of anything in the report. When it finally comes out. I don’t think Republicans will ever take that route, but what it could do is damage him enough to where a Republican primary challenger can swoop in and primary him out of existence and right now that is the best thing we can hope for because I can promise you, most of the Democrats that are kicking around the idea of running in 20 slash 20, they wouldn’t stand a chance against the cult of personality that Donald Trump has created. And that is a problem for the Democrats. But hammering him, destroying his reputation, showing the the criminality of his entire life. That is something that Republicans could jump on. Primary him, run against a Democrat and then hopefully lose and get rid of all the corruption and stink from this administration in 20 slash 20.