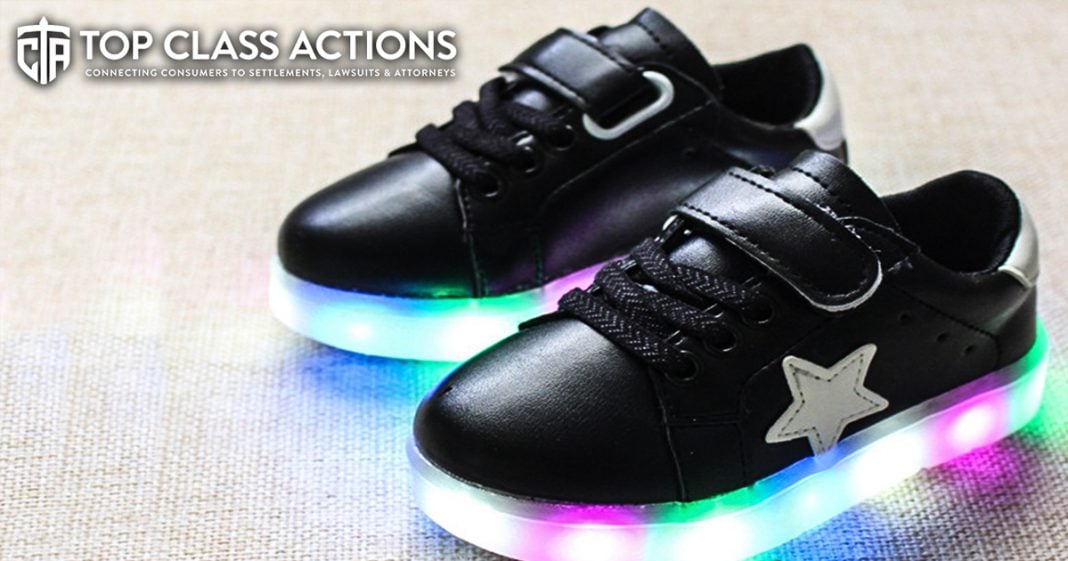 A new class action lawsuit against shoe manufacturer Skechers claims that their light-up shoes for children have a defective battery that can cause the sneakers to actually explode while children on wearing them. Damages and injuries are being reported, and the lawsuit says that the company knew the batteries were volatile but refused to fix the problem. Ring of Fire’s Farron Cousins discusses this issue with Scott Hardy from Top Class Actions.

Farron Cousins: If you have children or if you’ve ever been to any kind of shopping center or public place where there are children, inevitably you’re going to see the light up sneakers on a kid. You know, running through the mall, running through a park, their shoes emitting these little beams of light seems pretty harmless, right? Well, according to a new class action lawsuit in some of these Skechers light up shoes for children, those lights can also be a massive fire hazard because of the batteries used within those shoes.

Joining me now to talk about this issue is Scott Hardy from topclassactions.com. Scott, another story… any story really that has children as the victims just always seems exceptionally disgusting. And that’s really what we’re seeing with this Skechers light up sneaker, investigation right now. The bad batteries can result in explosions or fires and even chemical burns in the children wearing them.

Scott Hardy: Yeah, it’s, it’s really sad, disheartening because, you know, as a father, I’ve got my two beautiful girls and when they were, especially earlier, now they’re eight and ten. So flashy, light up shoes aren’t as important to them as they were when they were three, four, five, but it was one of those things that they got it made them happy to run around. They’re flashing up, they’re running all over the place and I had no idea that they could explode.

That these shoes could literally melt through the souls and as you mentioned, give them chemical burns, cause major problems potentially disfigure my child when I thought that, especially a large brand name like Skechers who’s well respected in industry, you know, that they would go ahead and put out a product that could hurt children. That was just shocking to me. Once we ran into this lawsuit and these class actions and started reporting on them and digging into it. And what further shocked me is that Skechers knew about the problem.

Farron Cousins: And these are shoes that have been manufactured, I think from 2015 through today. This is something that, that went on for multiple years. Several different brands here. The S Lights, the Shopkins, the Twinkle Toes, all of those shoe lines that Skechers put out for children have this defective battery and I don’t know if it’s a defective battery or if it’s just the defective design by Skechers. Because as top class actions reported, there’s no venting system where these batteries are located in the heel of the shoe.

So over time the battery gets more use, more and more use, it heats up. And when that heat has nowhere to go, it causes expansion. And that’s what leads to explosions. To the battery itself, breaking open, leaking out the corrosive toxic chemicals inside of the battery. These are not acid based batteries, but they still contain lots of irritants and other chemicals that can cause severe harm to the children. Wearing these shoes. And as you said, Skechers knew this. They knew about it for several years, but still said, sure, let’s go strap these mini bombs to the feet of children. That’s absolutely disgusting corporate behavior right there.

Scott Hardy: Yeah, it’s shocking because you know my kids and every kid that has these shoes on, once they have these flashy lights, what do they want to do? They want to make them flash more and more and more, and so they’re running nonstop. And since they have no venting and you just said a battery that’s generating heat has to have somewhere to send that heat, eventually that’s going to get too hot and the battery is going to explode and potentially hurt that child very severely.

If they’re lucky, the kids get to say, Mommy Daddy, oh my gosh, my shoes hot and the parent will take it off and hopefully get that shoe off before there’s an actual injury to the child. But far too often we’re seeing these reports of people that were actually hurt by these light up shoes because they had no idea their kid wants to run around kids running around the mall, shoes flashing, and everything’s going great until that battery explodes and burns their child. It’s just very, very scary actually.

Farron Cousins: Absolutely and so people need to be aware. If this shoe was purchased anytime between the year 2015 and up to today, and if it’s one of those brands, the S Lights, the Shopkins and the Twinkle Toes, those are the ones specifically that that 100 percent have the defect. Beware of what is on your child’s feet here. If you know that you have these shoes, I would recommend at this point, do not wear them. You know, we don’t know what kind of damage it could cause.

Scott Hardy: And something else to consider. Even if you’ve got a shoe that’s, or a brand that’s not listed within this investigation, but you’ve experienced the same problem, maybe had a different brand of a light up shoe that had the same problem. Make sure to submit your information and let top class actions, let the attorneys that work with us, know.

Because typically what we’ll see is that this is going to be a practice that’s going to be used by many, many other companies and it might not be limited to just Skechers and just these brands and just these models of these shoes. So if this is happening to you and it’s not just Skechers shoes, make sure to submit your information because we want to know about it and if there’s another manufacturer that’s doing the same thing, has the same problem, than we want to make sure that people are taken care of.

Farron Cousins: Absolutely, and for more information on this, you can check out the link in the description to this video to topclassactions.com. They have all the information, all the forms that you might need if you’ve been affected by this or if you think you have a defective light up shoe, even if it’s another brand, take the time, protect yourself, protect your children, go check out the site and see what’s happening here. Scott Hardy, topclassactions.com. Thank you for talking with us today.