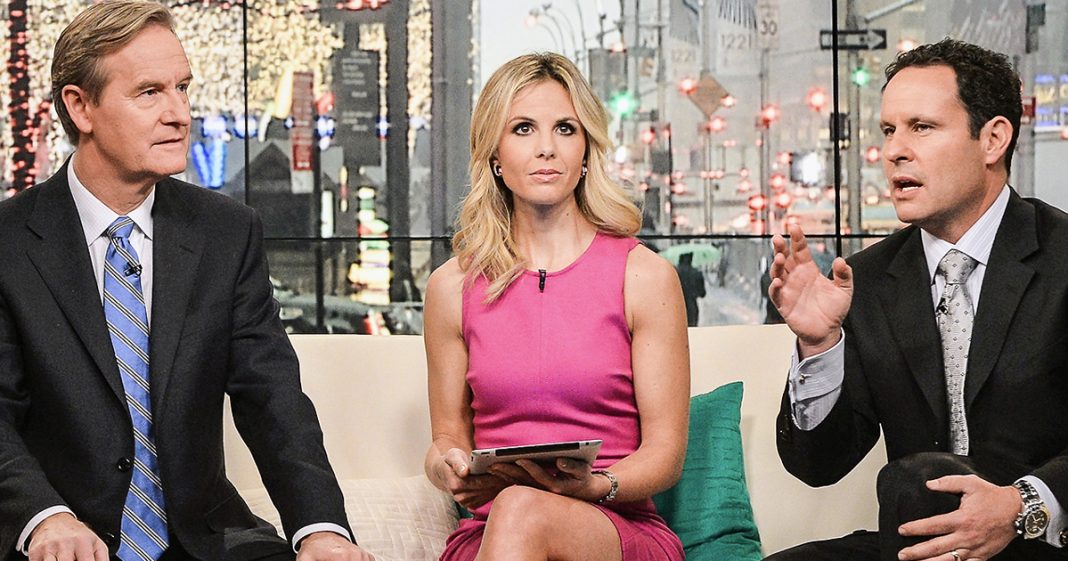 Fox News has been the loudest voice on the Right supporting Donald Trump, but until this week we didn’t really know how deep those connections went. Leaked emails from the network have revealed that producers were communicating directly with White House officials in order to get scripts and interview questions approved in advance, and sometimes the network even let the Trump administration rewrite scripts to suit their desired talking points. Ring of Fire’s Farron Cousins discusses this.

It’s no secret that Fox News is in bed with the Trump administration and in fact actually parts of Fox News are quite literally in bed with the Trump family, but a lot of us didn’t quite realize how deep the connection between Fox News and the Trump administration went until some leaked emails obtained by the Sierra Club via a Freedom of Information Act request were released this week and that was leaked. Emails showed that producers at Fox News, specifically for Fox & Friends, we’re actually working with Trump administration officials and their spokespeople to edit scripts, edit questions, and basically make sure that any segment these people appeared on was 100 percent administration friendly. And they even let the officials direct where the conversation was going to go. Specifically, the emails obtained by the Sierra Club relate to Scott Pruitt, the former administrator of the EPA, and they show that the, uh, spokespeople for the EPA, the director’s not Pruitt, but the other directors who were working for him would go back and forth with Fox News producers, edit scripts, change up questions, get them approved by the officials in the Trump administration to make sure that these people were walking into friendly territory and that they were able to say whatever the hell they wanted to say regardless of whether or not it was true.

For example, Pruitt’s people once pitched an idea and then had Pruitt on to talk about the fact that their EPA is doing so much more for the forgotten communities, uh, that the Obama administration completely ignored. First and foremost. There’s no truth to that whatsoever. But that’s what Scott Pruitt and his EPA wanted to push out. And Fox & Friends was more than happy to oblige. And then one time Pruitt was actually blind sided by a guest host on Fox & Friends who did not stick to the Trump administration approved script and started asking Pruitt about his scandals. Here’s the thing, it’s not uncommon to do pre interviews with guests that that’s a given that happens all the time. But to let a guest come in and edit your script, to let a presidential administration changed the questions, change the script, put it to their liking. That is absolutely unheard of.

Fox News, I mean, they’re not journalistic in any way whatsoever, but they are very clearly committing journalistic malpractice here by allowing the administration and their officials to dictate the terms of interviews. And this shows you that anytime you see a Fox, uh, uh, excuse me, a White House representative, a White House official, go on Fox News. Do not trust a word that they say they knew in advance what they were going to be asked. They likely approve the script for the interview themselves and they knew exactly where they wanted to take the conversation. Fox News has 100 percent become state run media. And in exchange, they get boosted ratings for having a no, nothing president tweet them out every day and tell the world how great Fox News truly is. It is a truly great relationship between those two, but unfortunately, that really great relationship is actually horrible for everybody else in this country. If you’re not working in the White House or working for Fox News.