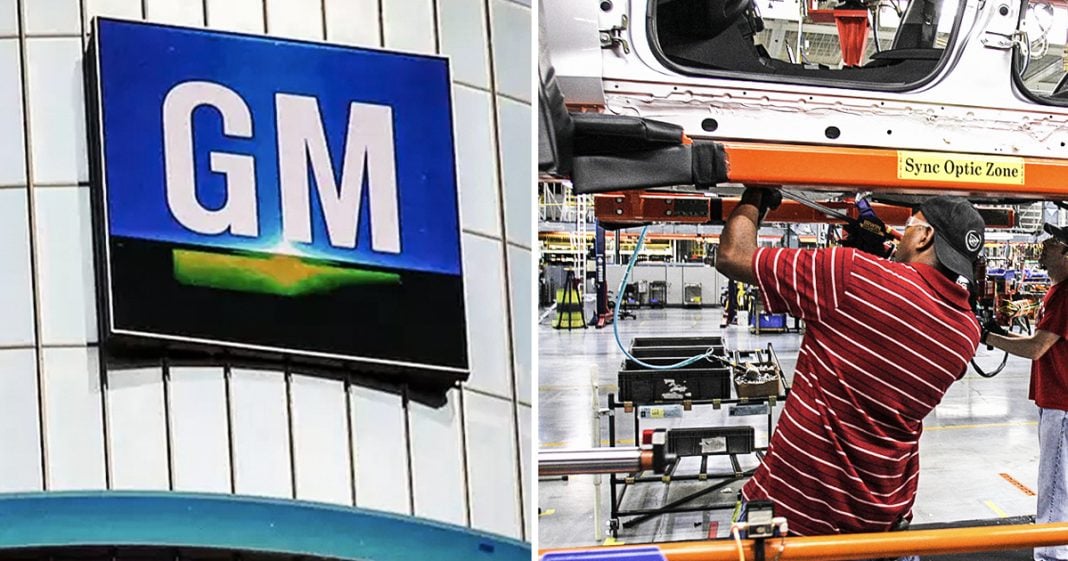 General Motors announced this week that they would be closing plants in Ohio and slashing close to 15,000 American jobs. The company claims that the reason for the cuts is because of the increased price of raw goods thanks to Donald Trump’s trade wars. GM is not the first company to lay off thousands of workers because of the trade war, and they certainly won’t be the last, as Ring of Fire’s Farron Cousins explains.

On Monday it was announced the General Motors is going to be closing at least five plants across North America for here in the United States, one in Canada, in slashing upwards of 15,000 jobs, 15,000 jobs. They’re cutting 15 percent of their entire workforce here in North America because according to the company, Donald Trump’s trade wars have just made the cost of us steel and other things needed to make cars. They’re just too expensive and we’ve got to cut staff. We’ve got to cut salaried employees who have great benefits. We have to get rid of them because Donald Trump’s trade wars have made the cost of our raw materials too expensive to turn enough of a profit. That’s only partially true. Yes, Donald Trump’s trade wars are harming the automobile industry. They’re harming a lot of industries here in the United States. Farming is tanking right now because of these trade wars, so there is a little bit of truth to that.

The other side of it that GM is not talking about is plain old corporate greed. That’s what’s really behind this decision to cut 15,000 people right here at the holiday time because you see General Motors so profitable that they got $514 million dollars from the uh, Republican tax cut that was passed last year, 514 million in additional savings because of that tax cut on top of that over the last few years they’ve actually gotten $50 billion dollars from the US government to make sure that they keep running. It was part of the auto industry bailout and subsequent bailouts that happened after that $50 billion dollars. So yeah, I understand that trump’s trade wars are hurting you. It’s making the cost of raw goods go up, but you’re already passing those costs along to the consumers. You’re not technically paying that we are and now 15,000 workers in North America are paying for it with their jobs because you don’t want to be honest about what’s actually happening.

Yeah, it’s super easy to blame trump for a lot of things. And I understand. Again, part of it isn’t his fault, but most of it is corporate greed. Most of it is the fact that your CEO and your shareholders want more money in their pockets and they don’t care how many thousands of lives they ruined in the process of putting that money in their pockets. The government is bailed you out countless times again to the tune of $50,000,000,000 and that’s still not good enough for you. General Motors, this is capitalism here in the United States, folks, it doesn’t exist. Know the free market, the doesn’t exist. The invisible hand of the government is actually a tight grip from corporations on the government. Corporations are calling the shots. GM goes and says, I want to bail out, and they get it. They say, we’re going to lay off 15,000 workers after you gave us 514 million in tax cuts and there’s nothing you can do about it, and they’re 100 percent right? Because corporations like gm and to many others in this country have absolutely overtaken our government to the point where our elected officials, at least the ones in office right now, are 100 percent. The puppets of corporations like Gm.