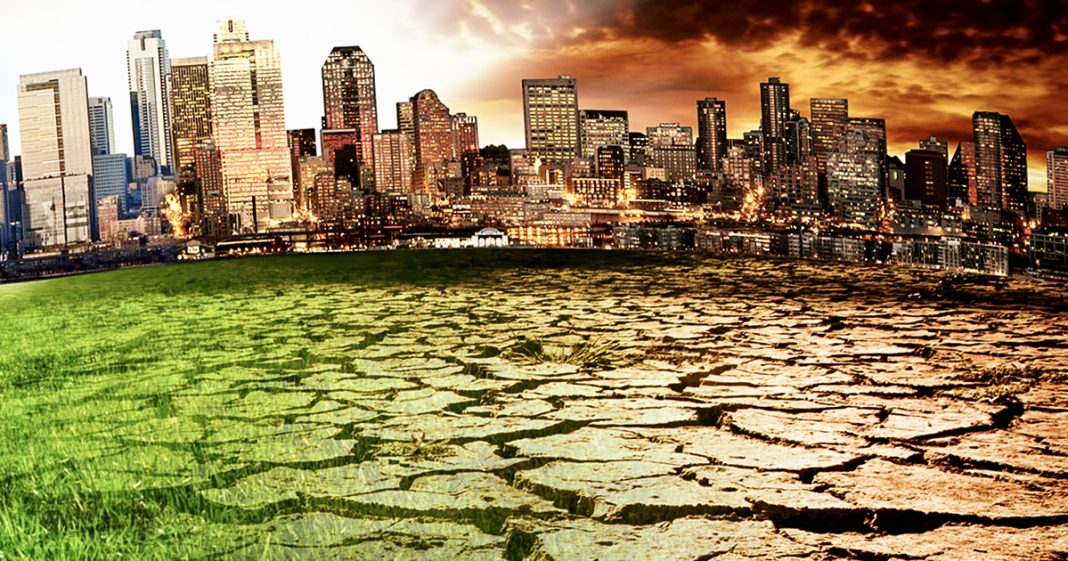 The government released a damning new climate change report this past Friday that says that the effects of climate change are intensifying in every single state in this country. And for the briefest of moments, the corporate media and politicians were all talking about climate change before moving on to other issues. The time for action is now, and every day, week, month, or year that we put off action, the worse the damage will become. Ring of Fire’s Farron Cousins discusses this.

This past Friday, the day after Thanksgiving, Black Friday, biggest shopping day of the year, the federal government finally released its climate assessment report, and in that report they basically told us that the time for action is now the time for talk has ended, and if we do not act soon, we can expect catastrophe across the United States. In fact, the report already tells us that we’re already experiencing the effects of climate change in every state across the US. Every single state right now is dealing with the impacts of climate change. According to this assessment released by Donald Trump’s government. Now, everything in this assessment stands in stark contrast to things that trump himself has said things that other Republicans in dc have said and things that, uh, donald trump’s cabinet members have said, they don’t want to talk about climate change. Most of them don’t think it’s happening or they’ve been paid enough by fossil fuel interests to say that it’s not happening or that there’s nothing we can do about it.

Or in the rare instance that it’s a good thing. But this report says otherwise it says that we’re kind of screwed right now and if you want to be even more screwed later, continue doing nothing, which is currently the path that we’re on with the trump administration. There was one bright spot with this particular report and that was that for about 36 to almost 48 hours. The media was talking about the impacts of climate change. Politicians were talking about the impact of climate change and the fact that we need to do something about it for almost 48 hours. We had conversations about climate change or you may not think that’s important, but trust me, as somebody who has been discussing climate change for over a decade, somebody who’s been working on countering misinformation from right wingers and fossil fuel funded groups for more than eight years. I can tell you that 48 hours of coverage of actual climate change discussion in corporate media is not something we have ever seen.

Even when we have the massive wildfires and the massive hurricanes and droughts and floods and all that. They don’t talk about climate change. But here, this past weekend, even though the administration attempted to bury the report by releasing it on Black Friday, we still had conversations about it. We have politicians that are coming into DC, newly elected representatives who are bringing a fight for the climate with them. We may finally get action, you know, typically a report like this would come out and it would seem like, well all hope is lost, but it’s not lost anymore. Yeah, we’re in a dire situation and we have to do something about it. But for the first time since I’ve been talking about it, I’m actually optimistic about it. I know I’m not optimistic that Donald trump is gonna do something about it, but I am optimistic about these new comers in Congress who have already gotten some of the old guard Democrats to join in with the idea of a green new deal.

We can take action and they want to take action and we’re likely going to take action once we get trump out of office. Once we get these climate change, denying Republican out of office, the American public wants action. They’ve been wanting it for years, a majority of all parties, and now we finally have politicians who want to put this on the front page. As long as they keep up that fight and as long as the public pays attention, we will get some good climate policy out of the Democrats, but only if we keep pushing them to do it.