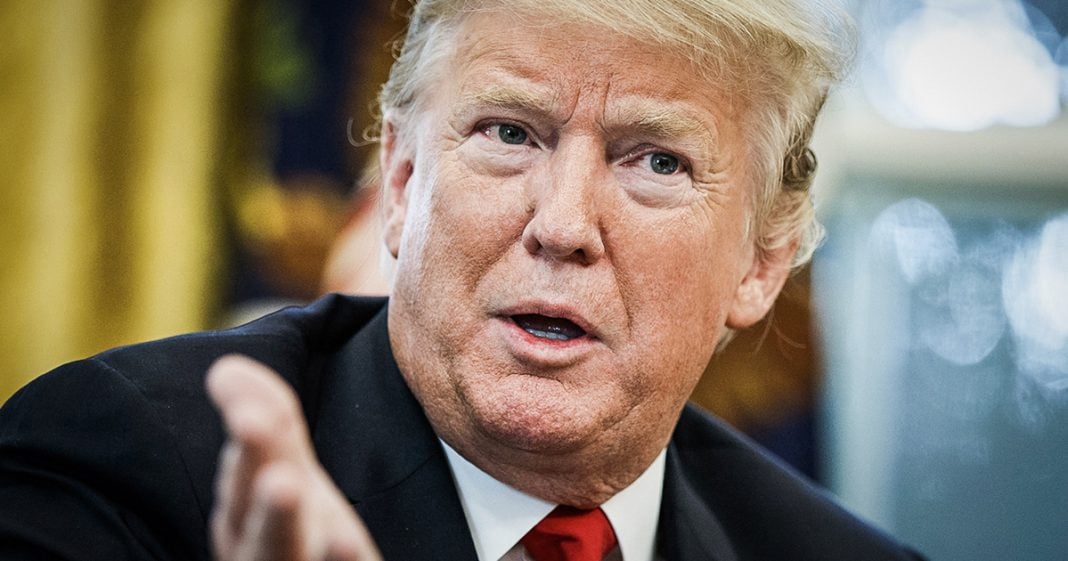 Donald Trump has been trying to get the New York Attorney General’s lawsuit regarding charity fraud against the Trump family dismissed, and their latest attempts at getting the lawsuit thrown out failed last week when a judge ruled that there was enough evidence to proceed and that the New York Attorney General and court system had jurisdiction over Trump. Ring of Fire’s Farron Cousins explains what this could mean for the Trump family.

Donald trump was dealt a major blow by a federal judge this past week, uh, when that judge ruled that Donald trump could not get rid of a lawsuit against him and his children for allegedly misusing charitable funds from the trump foundation and using that to pay themselves to pay other bills and to benefit his presidential campaign. Now, in case you’re not familiar with it, a New York attorney general, Barbara Underwood, she spent two years investigating this case. Uh, you know, even before she became the age of New York, now that she is the age she is going forward, they have filed the suit against trump and his children, Ivanka, Don Junior, and Eric. And basically what happened was they took money into the trump foundation, millions of dollars. They then used it. Some of it was used to actually pay off lawsuits for Mara Lago. Some of it was used to benefit donald trump’s presidential campaign and other parts of that big pot of money.

We’re just used to pay people from the trump organization. Very little of it went to charity. And while that part’s not illegal, using it to benefit a presidential campaign or using that money to pay off other lawsuits and settlements is 100 percent illegal. Donald trump and his lawyers had been trying to get this lawsuit thrown out, trying to argue that this judge overseeing the case does not in fact have jurisdiction over Donald Trump because he is a sitting president of the United States. Well, this judge, as well as the judge earlier in the summer, both ruled, yeah, we definitely have jurisdiction over you. This happened in New York. Were judges in New York, not sure where the disconnect is, but yes, we have jurisdiction over you and this case is going to move forward. The best thing about this case, other than the fact that multiple judges have now ruled that it’s going forward because we have jurisdiction, is the fact that this is state law.

So if Donald Trump or any of his children are convicted, they can’t be pardoned. You can’t be pardoned for violating a state law. Only a federal law. So say for example, Donald Trump junior goes to prison for the misuse of charitable funds. There’s literally nothing his father can do to get him out of prison. That would be legal. I’m sure there’s plenty of things he could do that would be illegal, but you get what I’m saying. He can’t save his children. He couldn’t save himself if this thing goes to criminal proceedings right now it’s just a civil suit, but if this civil suit goes the way that the prosecutor thinks said, well, it will 100 percent open up criminal liability against Donald trump and his children and if they go down for this, there is nothing that anyone can do to save them from going to prison and that’s why this particular investigation lawsuit has the biggest potential out of all of the Donald Trump lawsuits or investigations to actually take him down and in his presidency. That is a long shot. It is not likely to happen, but there is still that glimmer of hope in there that maybe this particular investigation and lawsuit and potential criminal proceedings could possibly take down the trump administration. I’m not usually an optimistic person, but in this case I’m going to set aside a little bit of optimism and a little bit of hope that Barbara Underwood could be the hero that we desperately need in this country right now.