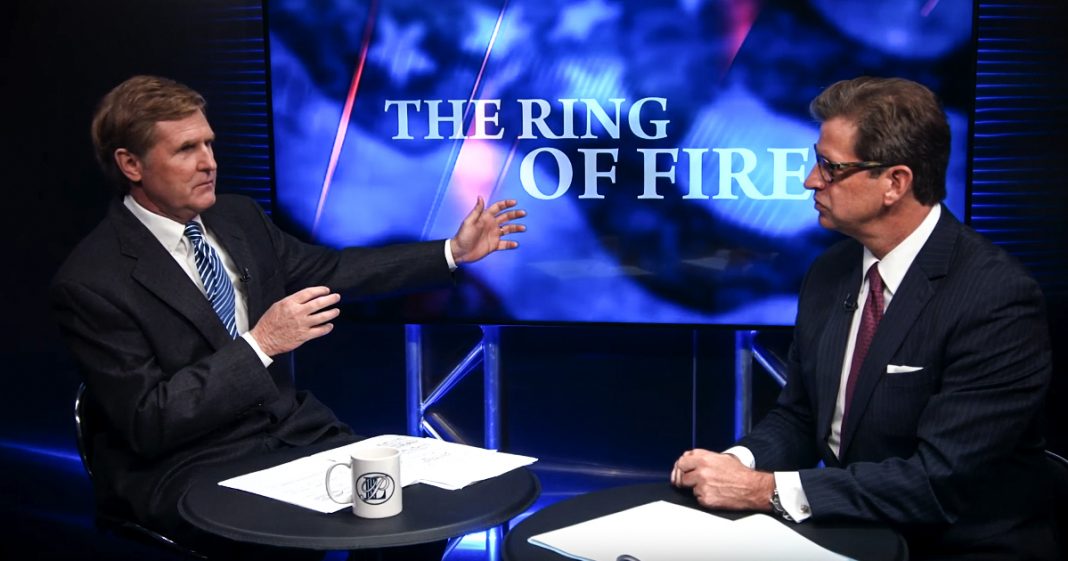 Mike Papantonio: When we come back I want to talk about Big Pharma, but this story really bothers me. It’s a Black teenager who students at a high school sent him pictures saying basically you’re a monkey, calling him a whole hos of things. You were my slave one day.

Peter Mougey: My heart goes out. This stuff makes me sick.

Mike Papantonio: You need to be sent back to Africa. But this high school, this township high school does nothing to these guys.

Peter Mougey: Oh no they didn’t do anything. They suspended him for one football game. The conduct is disgusting and I’ve got kids in high school. And the fact that social media’s so powerful, so destructive. It can have so many … It’s just a way to disseminate the message. So in the old days we’d all pass notes, or you’d whisper to somebody. Now you post it, everyone knows.

The conduct here, it’s just absolutely unequivocally unacceptable. And here the school district has an opportunity to set the tone, to … Really you can assembly, you make them-

Mike Papantonio: So these kids were probably on the football team, they might have been good players. They suspend them for one-

Mike Papantonio: Look, now how many stories have you seen in the last 24 months where a child actually commits suicide from this kind of bullying. And these idiots with township, I hope you’re listening, township high school are idiots. Because they’re trying to justify the fact that … Their statement is, “We take claims of bullying and discrimination very seriously.”

Really? This kid was called a monkey. He was sent a picture of being a monkey. These kids who were suspended for one football game told him that he should be a slave. And that at on time he was probably a slave to their family. This is not something that you take lightly. And unfortunately, it’s just the same thing we see with these shootings.

Sometimes you know the kids got a problem, you know you need to get the kid out of school. You need to do something radical. This is the same kind of thing. These kids are defective.

Peter Mougey: Instead of taking the opportunity to teach these kids, to demonstrate that this is unacceptable, set the tone in the school, what they’re telling them-

Mike Papantonio: Get rid of them.

Peter Mougey: Is that it’s okay. It’s all right. One football game, let them sit on the bench.

Mike Papantonio: And let them sit out the rest of the year, send the message that means something. But it’s always these bureaucratic types in a high school.

Mike Papantonio: Of course it does. There’s absolutely no reason for it. And it’ll happen again, because these people have no courage.