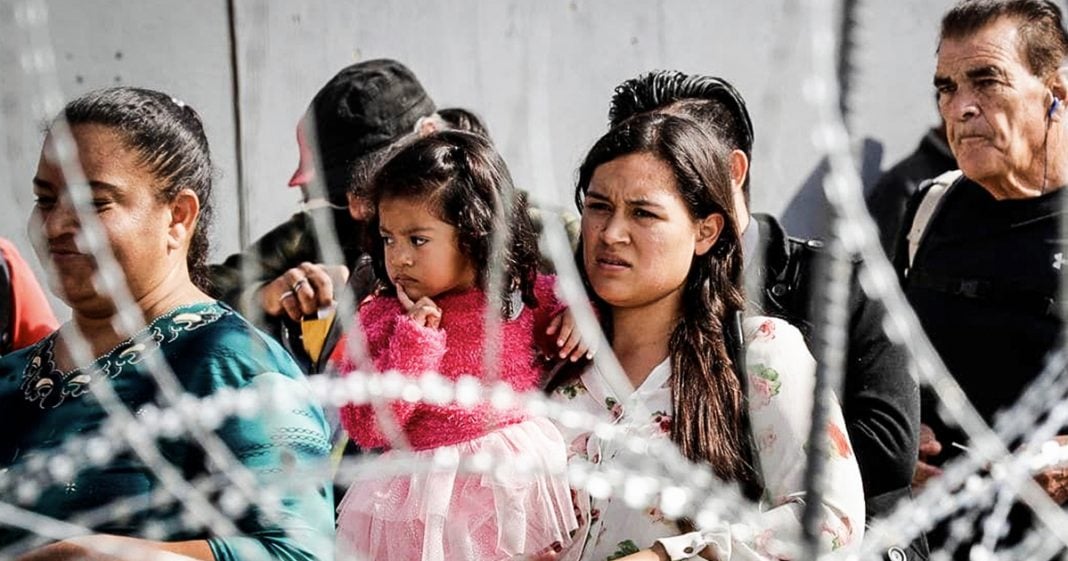 The Trump administration was dealt yet another blow by the federal court system this past week when a federal judge ruled that Trump cannot ban people from seeking asylum. There is plenty of precedent in the form of laws passed by Congress to support the ruling, but with an appeal right around the corner, the Supreme Court will likely get the final say as to whether the President has the authority to override acts of Congress. Ring of Fire’s Farron Cousins discusses this.

On, I believe it was November eighth, Donald Trump announced that we were no longer taking in any asylum seekers to the United States. Nobody could come into this country seeking asylum. Last week, a federal judge ruled that, yes, yes, they can because Donald Trump does not have the authority to ban asylum seekers from coming into the United States, and the reason that Donald Trump does not have the authority to ban asylum seekers according to the judge’s ruling, is that it was an act of Congress that approved the asylum program. In fact, there’ve been three different laws from Congress, I think, dating back to the early 19 fifties all the way through the nineties that mentioned refugees, asylum seekers, things like that that we have to let them in or we have to have a process by which they can come into the United States. All three of those at least, were approved by Congress and signed by the sitting president for Donald trump to come out in end of the program.

That would be a president overriding an act of Congress, which he does not have the authority to do. That’s the issue here. That’s what the judge ruled on and she said, no, you cannot do this. This is not within your realm of presidential powers. Here’s the problem with this. First and foremost, we know that the trump administration is not listening to the judge. Instead of allowing asylum seekers to come in, we’re shooting them with tear gas. Seeking asylum is not illegal. It is not a crime. Hell, even crossing the border illegally is not a federal crime. It’s a misdemeanor, and yet the Donald Trump administration is treating these people as if they are already convicted felons by denying them asylum. So according to this judge, the asylum process has to be put back in place and then I think around December 19th, they’re going to have another hearing to decide whether or not she has to permanently put a ban on trump’s asylum ban in place.

The administration has said they’re going to appeal this particular ruling and here’s what could possibly happen. Either it goes all the way to the Supreme Court and the Supreme Court says, no, Mr Trump, you cannot override an act of Congress. You can’t ban asylum seekers. That’s the best case scenario. Another possible scenario if that happens, is that trump could say, okay, I can’t ban people from seeking asylum, but I do have the authority to set the number, so I’m setting the number each year at one one person. That’s it. Unfortunately, he does have the authority to do that. He’s already lowered the number since he came into office. It has lowered a, I think by about 20 to 30,000 people from last year to this year and that’s what he could do. The even worse scenario is if the Supreme Court hears this case and comes back and says, yes, Mr. President, you have the authority to override an act of Congress.

That’s going be the most damaging thing to ever happen to the United States of America. It will give Donald Trump a blank check to override any particular thing that he wants to do and not just trump. We’re talking about any president down the line. I mean the very role, the limitation of powers of the US president could potentially go in front of this conservative majority Supreme Court. That’s not gonna end well for anyone left or right, because eventually republicans aren’t gonna have power anymore. Then what happens when you get a democratic person in there who says, I’m going to override these acts of Congress. I don’t like this. I’m going to do whatever the hell I want because the supreme court has said, we can act like many dictators for the next four years. That’s not how this government is supposed to function. That’s not how it was designed and trump keeps pushing the envelope because he knows he’s packed the courts enough to where eventually this is going to come before a judge that he likes, that he appointed. That’s going to rule in his favor. That’s what’s at stake with this particular ruling. So Kudos to the judge who put a temporary stop the trumps asylum band, but I hope everybody understands the bigger implications. If the administration appeals this all the way to the supreme court.