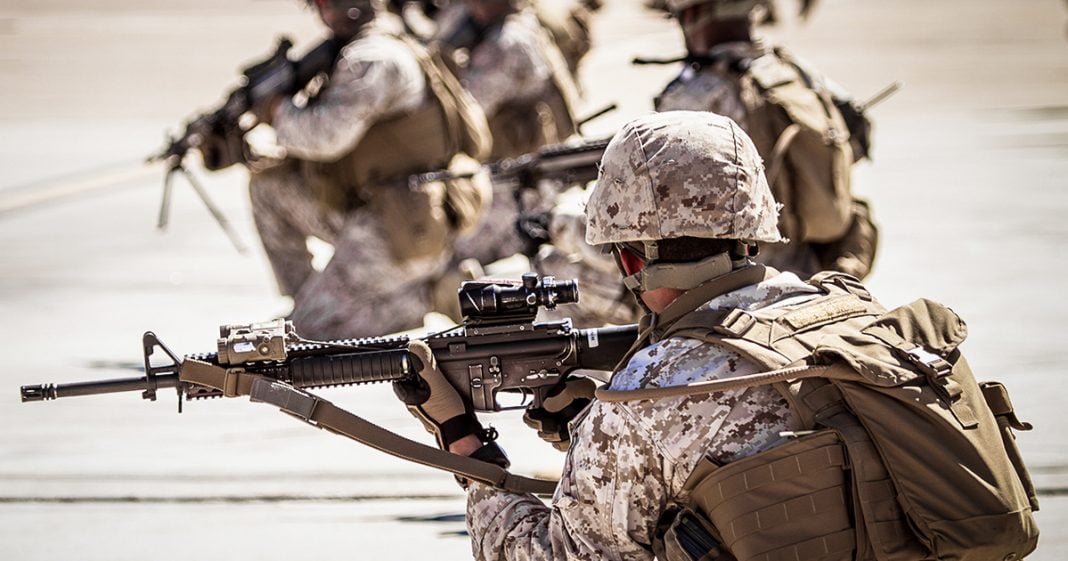 According to new reports, the cost of the wars in the Middle East that began under the Bush administration have now cost our country $6 trillion, with that number continuing to rise. These wars have now been going on through three different administrations with absolutely no sign of stopping. Meanwhile, we’re struggling to pay for basic necessities here at home as we pour money on the dumpster fire that is the military industrial complex. Ring of Fire’s Farron Cousins discusses this.

One of the most ridiculous arguments that you’ll ever hear from a conservative when you talk about things like Medicare for all universal healthcare, debt free college is how you’re going to pay for it. There is no money. We can’t afford these bold progressive policies because it just costs us too darn much. And to those people, I say this $6Trillion, $6Trillion, according to a new report, is the amount of money that the United States will have spent on the war on terror by the end of fiscal year 2019 $6Trillion in less than two decades on a series of endless wars in Iraq, Afghanistan, Syria, Yemen, all funded by the United States were over there causing all sorts of chaos, killing civilians to the tune of at least 500 per year. Not to mention the loss of life for US soldiers. Those who come back, missing limbs, those who come back suffering from severe ptsd.

Those costs. That’s 6 trillion also has to pay for medical care and counseling and all of the things for the lives of the soldiers that we destroyed in a war. Based on lies a war based on greed, a war for oil, $6Trillion, and these are wars that now span three different presidential administrations, three Republican, Democrat, and now a Republican. Again, nobody has any intention of scaling these things back or bringing them to an end, how they don’t even know how to bring it to an end. That’s how horrible these wars have been. The more troops we send over there, the more bombs and missiles and firepower the worst things get. We’re so skilled at screwing things up as a country that we’re now spreading it from here in the United States and that’s our top. Export is chaos in depth. The military industrial complex is feeding off of that $6Trillion every single time a new war starts.

We just can’t give them enough. We’ve started this massive dumpster fire in terms of a military industrial complex and we think the best way to put it out is to throw more cash on it. We’re making it so much worse and as I pointed out, that $6Trillion could have bought debt free college and Universal Healthcare and raises for teacher and infrastructure repair throughout the United States and so many more things if only we didn’t have to spend so damn much money paying military contractors to develop new missiles and new drones and new fighter jets. That according to Donald trump are completely invisible. You can’t even see them. That’s where the money’s going. The reason we don’t have these progressive policies, universal healthcare, debt free college and everything else is because we have to continue to feed this military industrial complex beast that George W dot Bush let out of the cage, and every president since then has been more than happy to throw it a fruit, a few trillion dollars to keep it satisfied.