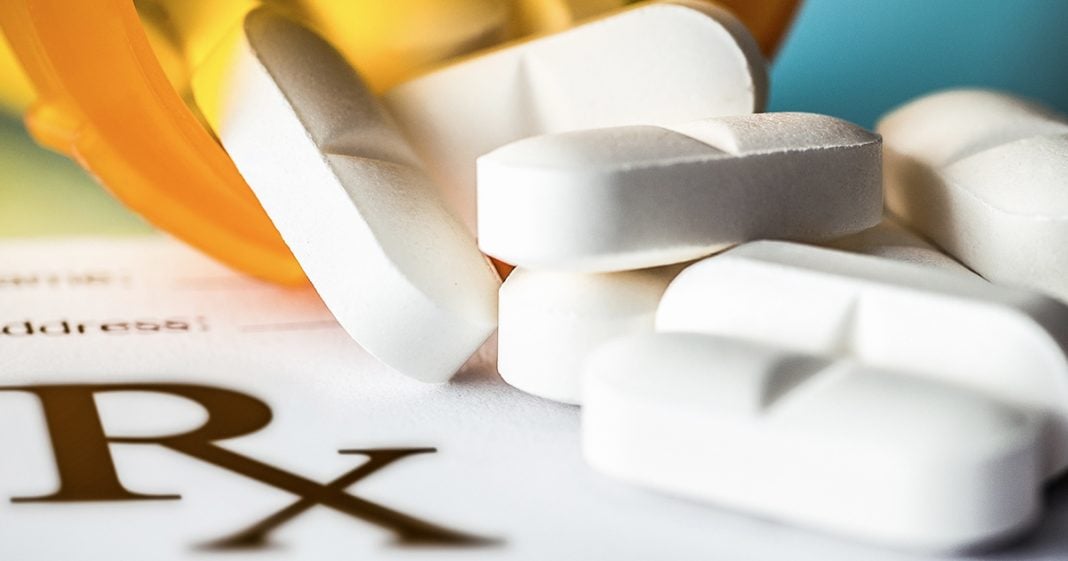 Major pharmaceutical companies just can’t seem to get enough cash, and they are now lobbying the federal government to get Medicare drug discounts for senior citizens thrown out! This is an absolutely disgusting move by an industry that is clearly putting profits ahead of people, but that has been their modus operandi for the last few decades. Patients don’t matter, only profits, as Ring of Fire’s Farron Cousins explains.

Lobbyists for big Pharma are once again at it in Washington DC trying to tell our elected officials that senior citizens should be paying more for their prescription drugs. Here’s some backstory on the issue that, uh, these Big pharma lobbyists are trying to kill. There is the so called donut hole in Medicare coverage. I’m sure we’ve probably all heard that term. You hear it on TV commercials and here’s what it is. Up to $3,750 out of pocket. Most prescription drugs for senior citizens are covered under Medicare. Then after they, uh, use that $3,750, they have to pay out of pocket until it hits $5,000, in which case most of them are once again covered. So that hole in the middle, a law makers had passed earlier this year, an extension and expansion actually have drug discounts for senior citizens up to 70 percent. So once senior citizens on Medicare hit that little doughnut hole, as they call it, they were getting up to a 70 percent discount on their prescription drugs as part of a deal negotiated between lawmakers and big Pharma.

Well, big Pharma now wants that loophole closed and they want those discounts for senior citizens repealed, scaled back, which would mean that wants the senior citizens enter that. No, not hole between 37 to 50 and 5,000. No more discounts. You’re paying out of pocket. You’re paying what the rest of the country pays, even though you’re the least likely group of citizens in the country to be able to even afford paying that much. To put it in its most simple terms, big Pharma is lobbying the lame duck session of Congress right now to make senior citizens pay more for prescription drugs. Many, many years ago, pharmaceutical companies only job, their only purpose was to cure diseases, fix ailments, create new treatments, and help people across the globe. Today, their only purpose is profit. That is the only thing they care about, and if it means a few more senior citizens die each year because they can’t afford their medications anymore, oh well, they’ll probably make up the money that was lost from those dead patients, from patients who can afford to pay the full price.

So big Pharma is going to make more money out of it. That’s why they’re literally spending millions upon millions of dollars between November and December to get this discount. Repealed. This, I mean, we have seen disgusting conduct from big Pharma, pharmaceutical companies, Pfizer, Merck, Glaxo, Johnson and Johnson, all of them. We have seen disgusting conduct. I’ve seen documents that would absolutely make you want to vomit, but this, this isn’t just cruel. This is absolutely heartless. Pharmaceutical companies don’t care if senior citizens live or die as long as they get to put a few more dollars in their pockets.