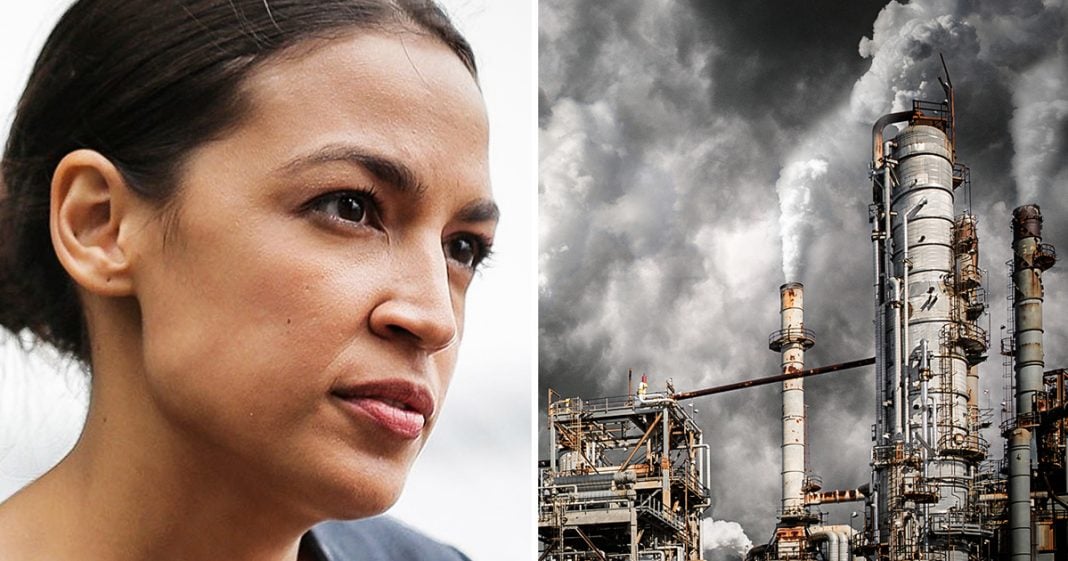 Thanks in no small part to the actions of Alexandria Ocasio Cortez, climate change is finally a major issue in Washington, D.C. With high-powered Democrats joining the calls for a Green New Deal, climate action could become a very serious issue in the next election, which would be a major win for the Democratic Party. But this new push is also a warning to corporate Democrats, as Ring of Fire’s Farron Cousins explains.

Something remarkable is happening in Washington D.C. right now and I think a lot of it has to do with newly elected representative Alexandria Ocasio-Cortez, and that remarkable thing that’s happening is the fact that we have politicians, new and old calling for action on climate change. Now, this is something that those of us who have been very concerned about the environment, we’ve been clamoring for this for years, including the time when Democrats actually had complete control in Washington D.C. and we still saw nothing come of it, and now only controlling the house of Representatives. We’re starting to see more and more people join in the chorus, started by people like Alexandria Ocasio-Cortez, and they’re now also, along with her and many other newly elected representatives. They’re demanding action on climate change. They want a green new deal.

John Lewis is one of the latest big name representatives to join in this growing chorus. John Lewis has been a phenomenal member of the US House of Representatives and for him to throw his name and his weight and his power behind this movement is huge, and that’s not to say that he didn’t care about the environment before. He absolutely did, but he also recognizes that the public understands what a massive crisis this is and he wants to do the right thing. He wants to be on the right side of history, yet again, he’s been on the right side of history and so many things, and now he’s jumping in right here to Ro. Khanna has been one of the loudest voices

and sparking this green new deal along with Ocasio-Cortez. I mean, we have Earl Blumenauer, Carolyn Maloney, Jose Serrano, uh, Joe Neguse, my apologies if I’m pronouncing that wrong. Ayanna Pressley, deb Holland, Ilan, Omar Rashida to leave so many people right now. Some again, who haven’t even been sworn in yet. Calling for action on climate change. Putting this on the agenda, putting it out there in the ether instead of just saying behind closed doors. Yeah, we should probably do something, but we’re probably not. This is remarkable. This is phenomenal. Bernie Sanders is about to hold a climate change town hall with several prominent environmentalists. The environment is finally taking center stage. People are finally starting to pay attention and it’s because we finally have elected leaders in Washington D.C. who aren’t afraid to stand up and say what needs to be said and get people on their side.

It didn’t even take that much. It took a couple of people, a handful of them with enough courage to say, time’s up. We have to do now, and again, this is being led by people who haven’t even been sworn into Congress yet. That to me is the most remarkable part of this story. It’s great that people are finally paying attention to climate change. It’s great that we may see some action on that sometime soon, but it’s even more inspiring to see these people elected based on their principles who immediately went to D.C. and forced others to bend to them instead of becoming corrupted by the D.C. system.