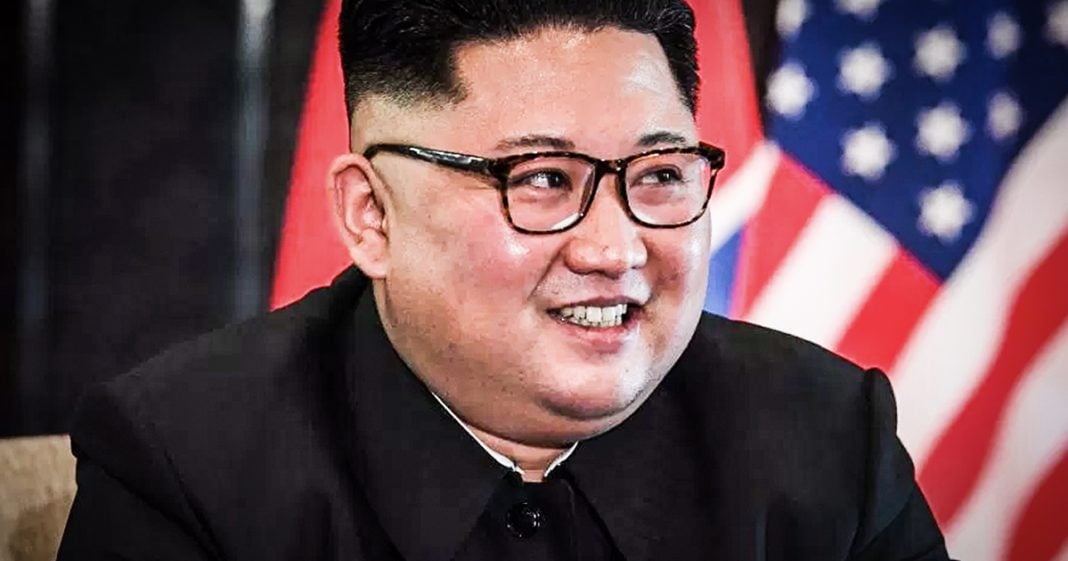 Donald Trump recently claimed that the media reports about North Korea ramping up their missile production were “fake news” because the administration already knew it was happening. How can it be fake if he acknowledges that it is happening? The truth is that the President is embarrassed because his “deal” with Kim Jong Un has been a complete failure, and everyone knew it would be. Ring of Fire’s Farron Cousins discusses this.

Well, it’s been a little over five months since Donald Trump made the disastrous decision to sit down with Kim Jong Un from North Korea and agree to all sorts of things in exchange for North Korea to denuclearizing their country, and here we are a little over five months later and North Korea has actually ramped up their missile production now. Recently Donald Trump said on twitter that all of the news reports talking about North Korea ramping up their missile production. He said all of those were fake news and they were fake news according to Trump and the same tweet because the government already knew that was happening.

So it’s not true because the government already knew that it was true. Now, I’m not sure I follow the president’s logic here because this man know his thought process is all over the place and he never makes any sense. But what he did do was actually confirmed that that fake news, real news and that yeah, North Korea is ramping up their missile production. Proving that the little summit and photo op Trump had with them was completely worthless. And this is something that most of us predicted. Why? Because we pay attention. You know, I actually saw quite a few people, uh, even some on the left. So, you know, this is historic. Trump should be praised for meeting with Kim Jong Un and putting it into all this. And Hey, that’s great. You know? Yes, he legitimize the brutal dictator who is murdering his own people. But sure, sit down. If you accomplished it, great. We’d be sitting here talking about what a good deal it was.

But again, we were paying attention not just to what’s happening right now, but what has happened with North Korea year after year, after year, after year, after year after year, because all the way through since the nineties, the US government has been making denuclearization deals with North Korea. And so far zero times out of at least 10 where we’ve made these deals, North Korea has followed through on it zero times, zero times. They followed through on these alleged deals we’ve worked out. So why would we think that Donald Trump sitting down with him and legitimizing him would be any different? Furthermore, Donald Trump gave the farm away. We stopped doing these joint military exercises with South Korea, which was a vital part of our own national defense strategy. We gave that up. North Korea did nothing, and now North Korea is sitting there demanding that we lift our sanctions against them or else they’re not going to denuclearize they want even more than what was already agreed to, even though I guess none of it was actually in writing anyway, but at least at this point, the u s is holding firm and saying, no, you nuke.