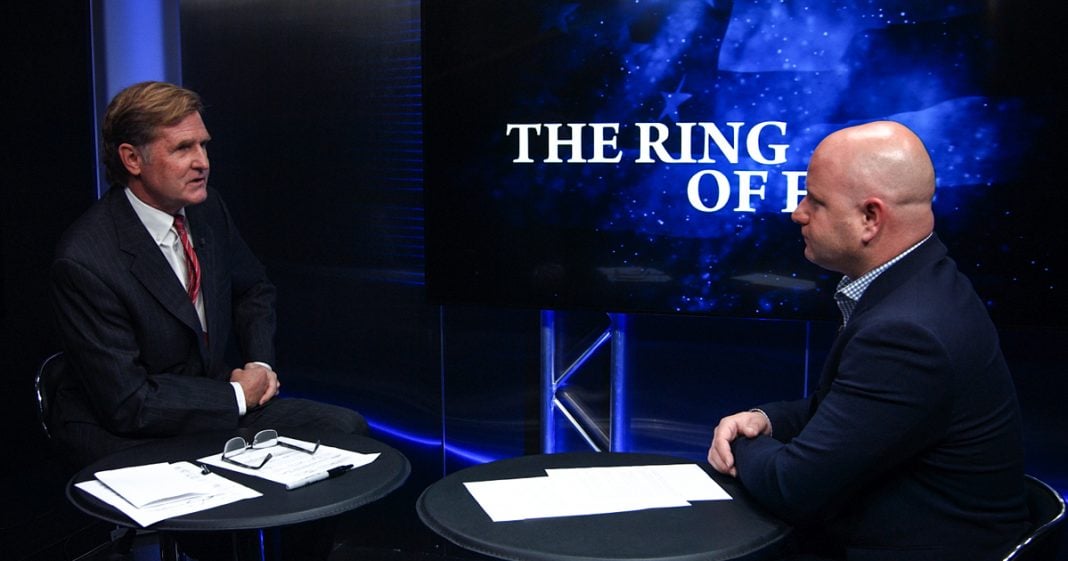 The UN is calling on Saudi Arabia to stop torturing children in order to obtain false confessions, and then using those confessions to impose the death penalty. This is just the latest human rights atrocity to come out of the country, and Ring of Fire’s Mike Papantonio and Farron Cousins discuss the reasons why the US will NEVER stand up to Saudi Arabia and their increasingly corrupt government.

Mike Papantonio: Saudi Arabia’s one of the largest violators of human rights on the planet, but for some reason, they remain one of our closest allies, even though they have a piggish dictatorship that kills people on a regular basis for the damnedest things you can imagine. They are, honestly … They are truly pigs of the trough to me. That’s how I describe them on a global picture. They are pigs at the trough, and we won’t do anything about it.

This story, there’s no surprises here. The UN comes out and they say, “Look, you shouldn’t be killing children. We shouldn’t have the death penalty for 14 year olds. You shouldn’t be able to kill a 15 year old kid because they engaged in witchcraft.” These are some of the things that they have. This what they execute people for: Sodomy, sorcery, witchcraft. And the UN comes down and says, “Well, we looked at all this, and you’re killing children. Stop it, okay?”

Farron Cousins: Oh, heck, no. They wouldn’t talk about this, because as we’ve said too many times, there’s too many defense contractors that like to advertise in corporate media for some reason.

But this, in addition to those things … The sodomy, sorcery, witchcraft … That they’re killing children for, they’re also getting them to confess to those things by torturing them. So these are confessions that aren’t even reliable to begin with, and the UN, the best they can do is come out and say, “Hey, do you think you guys could just maybe not kill children?”

And this actually came after the journalist Khashoggi was murdered with a bone saw, disappeared. All they knew was that his fingers were still there, and nothing happened.

Mike Papantonio: Okay, now, let’s jump to why. You did a segment … You’ve done a couple of segments on why, and I think you really have it right. We used to hear the argument, “Well, we have to do this with our Saudi piggish friends because we have to rely on their oil.” Right? Well, now that’s not really the case. Now we’re producing more oil, even though we’re decimating the environment in the United States. We’ve become an oil exporter, did you know that?

Mike Papantonio: We’re actually exporting oil. So it’s not a matter of saying we’ve got to have these dictator freaks because of their oil. It really comes down to weapons, doesn’t it?

Farron Cousins: It does. All the reports we’ve seen about Saudi Arabia … Because let’s keep in mind, too, it’s not just children that they convict of witchcraft that they’re killing. They’re killing all these children in Yemen, and they’re killing them with weapons, bombs, and missiles that they’re buying from the United States. We have become not just an oil exporter, but the world leader in global arms sales, and we’re selling them to one of the worst countries on the planet. And Saudi Arabia truly is one of the worst when you look at the records.

Mike Papantonio: We’re training their pilots right here in the United States to drive the aircraft that we build for them, the fighter aircraft. We’re training them right here. We’re telling them all of our secrets right here in the United States. They go to flight schools just like our American pilots do. We give them all this information, and it’s right in front of us that these people are the worst kinds of thugs, and now we’re keeping this love affair alive not because of oil but because the arms industry wants to make more money. And these piggish freaks, the Saudi Arabia family, they’re going to buy as much as they possibly can.

Farron Cousins: And they’ve bought enough, they spend enough that it’s placated both sides. It wasn’t just George W. Bush with his love affair of them. Obama tried to protect them from being held liable for supplying the hijackers for 9-11, and for being a state sponsor of terror. Trump, right now, is the one protecting them because they’re buying so many of our weapons. It is a Democrat thing, it is a Republican thing, and it’s because they all want that money. And in the off chance we have to do something in the Middle East, we think we can count on them as an ally, and we can’t even do that.

Mike Papantonio: I don’t believe you can count on them as an ally.

Mike Papantonio: I honestly don’t believe you can count on them as an ally. They’re going to do whatever serves their purpose.

Listen. This last mid-term election, you had Democratic candidates and Republican candidates that were just absolutely beating the bejesus out of Israel. Okay, now that didn’t just happen by mistake. You have the Saudi Arabians, and we always say, “Well, the Iranians, they’re such a threat to Israel,” and we go on and on about how these other countries besides Saudi Arabia are such a threat to Israel. But they’ve done a wonderful job. Saudi Arabia has done an incredible job with buying the best PR people they can. I know some of them. I literally know some of the biggest PR organizations in this country that are working with Saudi Arabia to try to clear up their trashy mess. It’s every month there’s something else that Saudi Arabia has done, and they’ve been very successful. Successful to the point that we’re actually seeing it play itself out in politics.

Israel fell under great, great pressure politically this last cycle. I don’t know if you did any stories on that. I followed it very closely, and it’s because Saudi Arabia has more money than ten third world nations, and they can buy good PR, and that’s what’s happening in the United States right now.

Farron Cousins: Or journalists, or anyone else they can get their hands on, and we’re going to say nothing because we like the money.

Mike Papantonio: Where is it that we started whitewashing Saudi Arabia? Where did that begin? Where did it start? I know it began with oil, but anybody with any ability of critical thinking can just read just the surface of what goes on in Saudi Arabia, and you would say, “My God, these are our best pals? Really, these are our best pals that we have?” No, Israel is our best pal, and that’s just the truth of the matter. Israel is our best pal, and now we have these inroads coming in because Israel’s treating the Palestinians wrong.

This is critical mass issue, I think, right now.

Farron Cousins: Well, I think where it started was they wanted to avoid another oil embargo like in the ’70s. That was an absolute catastrophe, so they said, “Okay, well, let’s make nice.” Reagan came in and said, “Well, let’s maybe give weapons to some of these folks, too, to keep them placated, to keep that oil flowing.” We created this monster over there in the Middle East.

Mike Papantonio: Yeah, we did.

Farron Cousins: We created this.

Mike Papantonio: We did.

Farron Cousins: And now the monster is the one calling the shots.

Mike Papantonio: Yeah, there’s no question that they are calling the shots, and they’re calling the shots because we want our weapons industry to make as much money as they can make, and we’re doing it with these pigs at the trough. And it’s a disgusting story to me. I wish corporate media would spend more time talking about this.